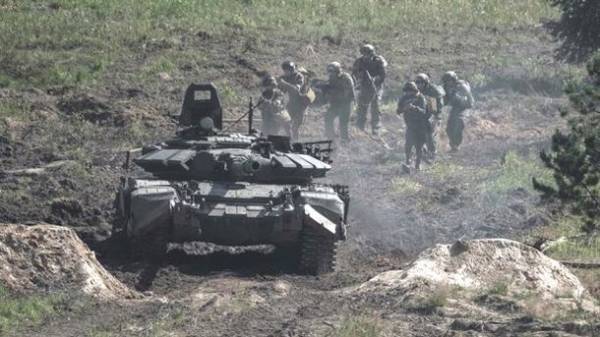 Russia displays part of the equipment from the Donbas for the transfer to the exercises “West-2017” in Belarus, and after them they come back. This opinion was expressed by the “observer” military expert Oleg Zhdanov.

Commenting on the statement by the Deputy Minister on the issues of the temporarily occupied territories and internally displaced persons of Ukraine Yury Grymchak that Russia began to reduce its military presence in the Donbas, he said: “as far as drones and electronic warfare systems, then the only thing Russia could relocate at the moment is on exercises “West-2017″. Once they run out, the technique will come back”.

According to him, the current leadership of Russia will not go on the withdrawal of troops from the Donbas.

“The withdrawal from Ukraine – is political death for Putin. He will not leave us alone ever. We still have to fight back. The only question is how – through diplomacy or military. But the question of self-care, Russian Federation and Ukraine do not stand on the agenda for the current political leadership of Russia,” – said the expert.

As told Deputy Minister of the temporarily occupied territories and internally displaced persons Yury Grymchak, Russia is slowly winding down its military presence in the Donbas, taking out of valuable military equipment.