The dollar broke at its peak – what to do with the currency Experts: government agencies arranged a “sale season” of the currency, so the exchange rate collapsed 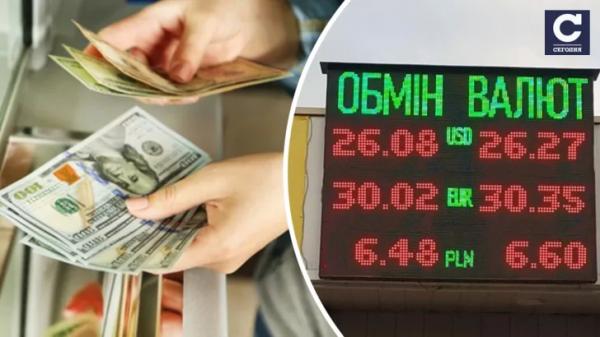 The dollar continues to refute the forecasts of those who are still waiting for its traditional autumn strengthening. In the outgoing week, the exchange rate did not just go down, but almost collapsed, not reaching 26 hryvnia for a dollar, just nothing – eight kopecks.

What is happening in the foreign exchange market and where the dollar exchange rate will go by mid-November, found out “Today”.

Our experts are Oleg Pendzin, a member of the Economic Discussion Club, Alexander Okhrimenko, president of the Ukrainian Analytical Center, Andrey Shevchishin, head of the Analytics Department of the Forex Club Group, and Maxim Oryshchak, an analyst at the Center for Exchange Technologies.

Read also what will happen to salaries, prices, the dollar exchange rate and unemployment until the end of the year

What happened to the course in a week

From Monday, the cash dollar began to gradually become cheaper: in three days — by 3 kopecks: up to UAH 26.39 / dollar on sale and up to 26.21 in purchase. But then it went into a peak: on Friday it was already 26.27 (-12 kopecks) on sale and 26.08 (-13 kopecks) on purchase. The last time a dollar was so cheap was a year ago. The spread (the difference between the purchase and sale rates) remained at the level of 18 kopecks, that is, bankers do not expect a trend change.

After three days of stable exchange rate (UAH 26.29/USD), the National Bank began to strengthen the hryvnia on Thursday, but not as sharply as the market did. On Friday, the exchange rate was 26.19 UAH/ USD (-10 kopecks), on Monday, November 8, the regulator further strengthened the hryvnia, setting the rate of 26.10 UAH/ dollar (-9 kopecks).

Experts call the main reason for the collapse of the dollar the “sale season” of the currency, which was unexpectedly arranged by Ukrainian government agencies, which had placed their securities on the world markets before it.

“There was an interesting situation on the interbank market on Thursday. Lockdown, trading is sluggish, and then a big currency seller appears! – says Andrey Shevchishin. – It turned out to be Ukrenergo, which attracted $825 million from the placement of Eurobonds. Banks representing Ukrenergo began actively selling currency directly to the market, as a result of which sellers were completely demoralized.

Farmers, metallurgists, and the IT sector joined the sales. As a result, the National Bank became the only buyer of the “last resort”. The trading turnover of the market has almost tripled to $ 371 million, and the NBU has bought the lion’s share of this volume.”

Maxim Oryshchak noted that the appearance of large sellers or buyers on the market always leads to a small panic, which accelerates the trend of exchange rate changes.

According to Alexander Okhrimenko, the market expected the “continuation of the banquet”: after all, having sold off the entire volume of currency, Ukrenergo could collapse the rate below UAH 26/dollar. But the NBU was not idle, having bought almost everything into reserves.

Oleg Pendzin once again criticized the actions of the regulator, which, in his opinion, acts according to the situation, as it was this time, and does not pursue a purposeful policy to curb the strengthening of the hryvnia, although it is obliged.

“The NBU says that by strengthening the hryvnia, they restrain inflation,” says Oleg Pendzin. – But inflation is far from the most important factor for economic growth. For example, the US Federal Reserve System, setting the dollar exchange rate against the euro and other currencies, focuses on how many jobs will be added in the country. And our inflation is not very high, but unemployment is growing.”

What to expect next week

Experts’ opinions are similar: the hryvnia will grow stronger for another week.

“From November 8 to November 14, the average dollar sale rate on the territory of Ukraine will fluctuate within UAH 26.2-26.45,” Maxim Oryshchak predicts. “Despite the NBU’s willingness to raise the discount rate in the future, or lockdowns, as well as fears of inflationary pressure in the world, the situation in the country’s foreign exchange market will be stable.”

Oleg Pendzin expects the stability of the exchange rate, possibly with a slight downward trend in the dollar.

Alexander Okhrimenko is sure that the National Bank will strengthen the hryvnia to UAH 26.1/dollar in a week, but the rate will not fall below UAH 26.

Andrey Shevchishin stated: while there are no large buyers of the currency, the dollar is forced to submit to the strength of sellers due to their predominance in the market. As a result of the weakness of consumer imports due to the lockdown, the only buyers of the currency are: critical imports (petroleum products), non-residents and the National Bank.

“We are monitoring the level of UAH 26 per dollar and the actions of the NBU, which is the only one that can stop the strengthening—” says Andriy Shevchyshyn. – The rate for the week is in the range of 26.25-26.3. In the medium and long term, we maintain devaluation expectations. A strong negative is the difficult energy situation in the country, the situation at coal-fired thermal power plants is very difficult. There are great fears that the entry of gas traders and coal importers into the foreign exchange market may dramatically change the trend towards the weakening of the hryvnia.”

Today there are no economic reasons for the devaluation of the hryvnia, as expected, Alexander Okhrimenko admitted. But some Ukrainians who invested in cash began to hand it over. For various reasons – some have lost faith in the strengthening of the dollar, others out of necessity.

“The current strengthening of the hryvnia is a good opportunity to buy a cheaper currency. But due to the weakness of buyers, the period of holding and being in a position may be delayed. And we must be ready for this,” explained Andrey Shevchishin.

Maxim Oryshchak summed up: the record period of strengthening of the hryvnia throughout 2021 leads many to impatience about when its fall will begin.

“Such a reason could be the fears of the world that Ukraine is waiting for a default, since such information can provoke demand for currency in the country. But if the risks of default were real, the major players would already be accumulating foreign currency,” the expert argued.

Why a well-known financial analyst is confident in the imminent devaluation of the hryvnia, see the plot. 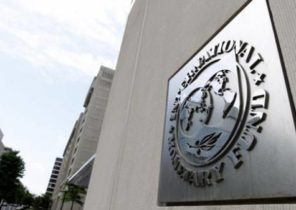 Smoliy explained, is to sign a Memorandum with the IMF