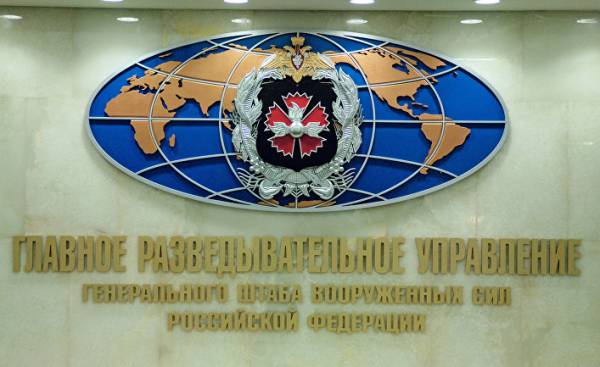 Even after the collapse of the USSR GU continued to control, as once the GRU, all Russian reconnaissance satellites.

Recently the former head of the military intelligence service of Russia Colonel-General Fedor Ladygin visited Belgrade and gave a short interview to the newspaper “Politika”. In General heads of such services, even retire, don’t like to speak in the media. And they especially don’t like to talk about their work…

Fyodor Ladygin: the Public is not only aware of these data but also perfectly knows. But for us it is especially important from a historical point of view, because our country and our people attacked several times from the West and from the East. The West can not accept, can not accept us as an equal partner. The West always acts against Russia, thereby endangering myself. We are a peace — loving nation, and we can live in friendly relations both with the East and the West. We are patient. We can very long endure, but one who thinks he can indefinitely try our patience, not be good.

— How much Russia can endure the us sanctions?

— Personally, I think that hasty response to the us sanctions are not necessary, although endure indefinitely, of course, also impossible. Because when you suffer, the other side is becoming more aggressive and bolder, grow her appetites. But I know that President Vladimir Putin and our government will take in this respect, measures are needed at the right time.

— How do you — the man who once headed the GU — I think hold out if the US President Donald trump in the White house?

— To me, the fate of the trump is not worried. He was elected by the American people, and he won a strong mandate as President of the United States. It’s his job and how he will behave in a situation when he has enemies not only in the Democratic party, but also among their fellow Republicans, will he find the strength to fight, we have yet to see. If he wins, that his honor and praise. If not, what to do: in his place in the White house will be someone else. Because American politics does not depend on who occupies the presidency, Democrat or Republican. US policy defines the American political elite, which includes many. I only hope that more will not be vydumyvat situation like the use of chemical weapons in Syria by the troops of President Assad that the Americans could bombard Syria. All this dangerous speculation and constructs.

— General, you want to say that Russia is still, who is the President of the United States?

— No. This is just my personal opinion. The President of Russia can maintain good relations with any U.S. President who wants to deal with Russia as an equal partner.

— Is the content of your book actually kind of message to the Russian neo-liberals?

To a degree, I focused not on the neo-liberal Russia, and the Russian people, in which 90% real and honest patriots. Miners, workers, peasants, and my message is to convey to them, with some foreign partners today is dealing with our President and the government.

— That is, your partners introduce sanctions against you?

— You feel good Russian language. I mean “partners” in quotes. In 2014, I wrote the book “the USA — Russia. The partner or opponent”, and it is clearly stated how the Russian people perceive the political elite of the USA.

— And the political elite of Russia?

— I do not comment on internal Affairs of Russia.

— Whether there is in Russia for the fifth or sixth column?

— There is a pseudo-liberal Russophobes who are hiding behind the Russian passport, strongly expressing their hatred of Russia. I’m not talking about the fifth or sixth column, but I think that said a lot more.

Continues, the GRU was stronger than the current GU?

— Modern GU Main administration, continues successful work and successfully perform their tasks before him puts the country’s political leadership. I haven’t heard any comments against GU.

— Does the American missile defense system in Poland and Romania directly against Russia?

— Yes, and today it is clear even to the blind. This imaginary shield increases the risk of nuclear war, along with the traditional war. Poles and Romanians subjected their people to great danger, because in case of a threat, we will strike first of all on them.

— Why the Polish and the Romanian public is so calm?

— The people there did not know.

— And the Germans are silent?

System not in their territory. You know, the law of war is this: the first thing destroyed the enemy in the vicinity. And everyone should know…