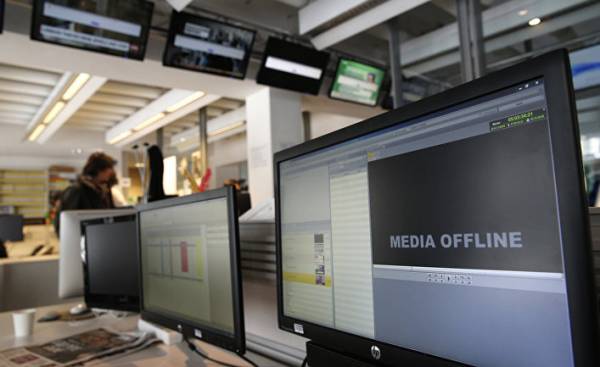 France and Germany jointly develop a new fighter, Spain buys 60 American F-35 for the price of 120 million euros each, but the main threat to Europe is impossible to eliminate with the help of aircraft. 20 years ago it seemed fantastic. Ten years ago Estonia suffered the first attack of a new era. Now cyber attacks on a world scale are performed every four months. And yet, cyber war has just begun.

Europe has a great chance to become the first field of regional cybercrime, but the authorities do not establish appropriate systems of protection — as evidenced by the success of cyber attacks and do not inform citizens about the existing threats. The main risks are concentrated in Ukraine. For the past four years as hackers working for the state, the West points to Russia — shut off electricity, blocking access to the Internet, official sites and telephone networks.

Recent world attacks using viruses WannaCry and Petya are considered as preparation for a major offensive in the West. Analysts from the NATO center for Cooperative Cyber defense Centre of Excellence in a recent study, wonder about, not whether Russia is preparing cyber-attacks against vital infrastructure objects.

Russian cyber-espionage group calling itself the Fancy Bear and Cozy Bear, has achieved impressive results. In 2015, France accused them of the attack on the television station TV5 broadcast which was interrupted for two days. During this time on their hacked accounts, was waving the black flag of ISIS (a terrorist organization banned in Russia — approx.ed.). A few weeks ago, President Emmanuel macron accused Moscow of hacker attacks on his campaign headquarters.

This is just examples (NATO has up to 500 attacks per month) that the threat is growing with an obvious political purpose of weakening the enemy. In Ukraine there was a case when this country lost 20% of their long-range guns D-30 after shelling by Russian or Pro-Russian forces. Nobody could understand how they were found. But the key was that Russian hackers have launched a malware called Agent X in an application developed by a Ukrainian officer to manage the D-30. Through this program, the Russian had discovered the location of the guns, as soon as someone activated the app.

The opportunity for cyber attacks have spread from the Western border of Ukraine, is very high. This is confirmed by two pieces of news in recent days. Kiev has officially announced his long-standing desire to join NATO, which Moscow sees almost as a hostile act. The Alliance has stated that its member countries will resort to article 5 of the NATO Charter on mutual defense if one of them will be subject to cyberattacks.

Special services of Germany has just pointed out cyber espionage as one of the main threats to their country, which comes primarily from Russia, China and Turkey. They fear cyberattacks in preparation for the September elections, as happened in the United States and France.

Little Estonia has taken the original safeguard measure. To protect your state data, it will store in Luxembourg, a backup, something like “Embassy information”. Despite the fact that this Baltic country has a common border with Russia, she has no combat aircraft. Perhaps it is time to get at least a model.