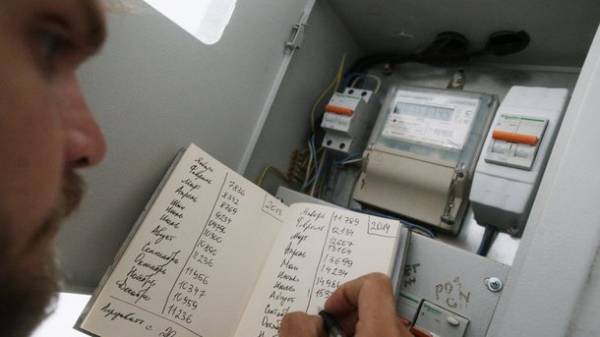 Ukrainians after the entry into force of the law “On commercial accounting utilities” waiting for new rules of calculation of payment for communal. According to the law, until the first of October 2018 all houses have to install counters for heat and water. The obligation placed on suppliers, they put the metering devices and consumers for 5 years return the money. The cost of meters in the mortgage component of the tariff. The website “Today” figured out how to generate bills and how much will pay for communal Ukrainians.

Have to pay for communal neighbor?

Each apartment, as before, for water will pay according to an individual metering device – that is, the counter in the apartment. But the counters will stand on each house, and if it turns out that the sum of all readings in apartments smaller than the indications of the house counter, the difference will have to compensate.

In some homes, says Advisor to the Deputy head of the KCSA Peter Panteleev Yulia Competent there really a difference between what shows house meter and individual metering devices. And the reasons for this may be several: impulses illegal connection to in-house systems, magnets on the counters.

If, for example, house meter wrapped 500 CC of cold water, but each apartment has its own meter and their readings scored a total of only 480 cubic meters, for the “extra” 20 cubic meters will have to pay all of the apartments.

Thus the law says: if in the house there are apartments that do not set the meter, then all the “extra” amount will be distributed among apartments without instrumentation. Yulia Competent believes the way out of this situation – the control of consumers. Counters, the expert explains, is often not establish in Kiev, which is more profitable to pay according to the standard, because their real consumption is much more. But to pay for them used communal still someone has.

“We have six months ago, said that consumers need to control. People, and in the law it is written, must give access to meters. Then it caused great excitement. All were against. If the people themselves are opposed to the provider of the service came and checked, checking that you are doing everything right, what could be more suggestions of how to control?”, says Competent.

However, the final decision on what technique will calculate the amount in the payment shall make the relevant ministries, the Director of DTEK ESKO Yevhen Bushma. “The law “On commercial accounting..” sets the rule that the metering provides metering of the respective utilities in the whole house. Heat meters installed in flats, according to this law, are considered to be nodes of the distributed recording service. Article 4 of the bill regulates the installation of meters for individual properties in the building (e.g., apartments, offices, shops). While article 10 States that the distribution of public services between the residents of the house with individual nodes of the distributed accounting (public counters) will be distributed according to the method, a Central authority in the sphere of housing and communal services”, – says the expert.

For “neighbor” Ukraine was paying before. For example, if the gas supplier has established a house meter for natural gas. The counter is divided to all tenants – the more people registered in the apartment, the more payment system for gas. But if, for example, in the apartment where the prescribed one grandmother, and lived there all her relatives, they can burn a lot, and to pay for one person. The difference will be distributed between all of the apartments.

But there is a solution – require to install individual gas meters. House counters of water and heat has to be supplied according to the law “On commercial accounting utilities”, but the counter for gas, according to the law “On commercial accounting of natural gas”, must install a door-to-door. The act also specified time – until 1 January 2018. The Minister sotspolitiki Andrey Reva said: “the law requires door-to-door counting. Moreover, the price of gas is laid”.

The claim that the new law will force the Ukrainians to pay for neighbors – manipulation, I’m sure Andrew Iron, expert of National ecological center, which also participated in the development of the draft law “On commercial accounting…”. “If the house has a shop, he will have to install a separate meter, according to the law. It’s good for residents, offices and shops consume more than normal flats,” – said the expert.

How not to overpay for communal

Counters will help to know where the most heat is consumed. For example, if you increase payments at the level of individual apartments, so tenants often open Windows for paratope, or the Windows are not energy efficient, or in the apartment there are bridges which have more remove the regulators on the batteries. The apartment can be cold, if the neighbors up “screwed” heating and heated by the heat which is transferred through the walls from neighbors.

“It happens that some people leaving for a long time, also fasten your battery to zero, not to pay for heating at all. But their apartment continues to pull heat from the neighbors, and on the adjacent wall may cause condensation. There are cases when some developers are not selling apartments in new buildings, tightening the battery to zero. And in the idle apartment had mold, open Windows, and then the neighbors of these apartments are empty and have to heat my apartment and the neighboring with the Windows open. This can lead to the imbalance of the heating system of the house,” explains Evgeniy Bushma. 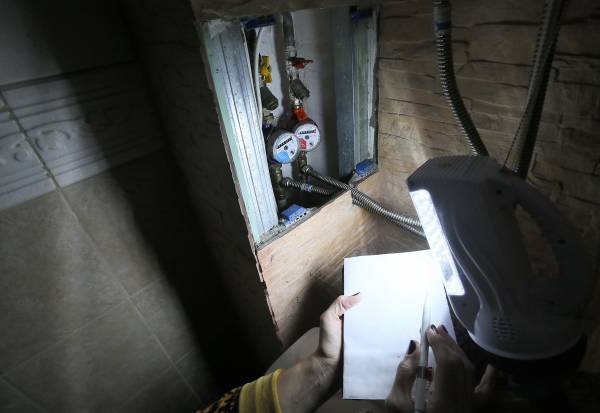 The apartment itself counter the heat energy not saves. But to reduce the amount of energy consumed is possible with the knobs on the radiators in each apartment or at the building level with individual calorific point. Fully close the regulators on the batteries is not recommended: in all areas desirable approximately the same temperature, and not lower than 16-17 degrees.

The law (article 4 paragraph 7) States that when using the nodes of the distributed heat energy metering or appliances – distributors of thermal energy, shall be equipped with automatic controllers of temperature in accordance with the building regulations. Where and how it is possible to do, should determine the Cabinet of Ministers of Ukraine. And according to article 10 of the volume distribution of utilities between tenants with apartment heat meters will be the method the Ministry for housing, but given the rules: no less than the minimum share of specific consumption of thermal energy in the building as a whole. The idea is that this approach may discourage some residents have to be heated at the expense of others, he said.

To achieve significant energy savings is possible only through an integrated approach where activities on thermal modernization affect the entire house as a whole, not to individual apartments, I’m sure Bushma. “In addition to the installation of metering devices helpful to conduct an energy audit, which will show how much the building can save energy, which it loses energy, what energy efficiency measures you need to undertake to achieve the savings, how much they will cost, when to pay and where to get the funds. Such energy audits can also be enjoyed at DTEK ESCO or “Kyivenergo”, – says the expert.

Earlier, the website “Today” I wrote about how the energy audit and what can be done to reduce consumption at home by 30-70%. 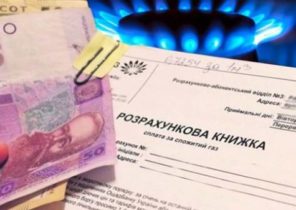 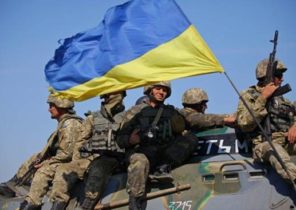