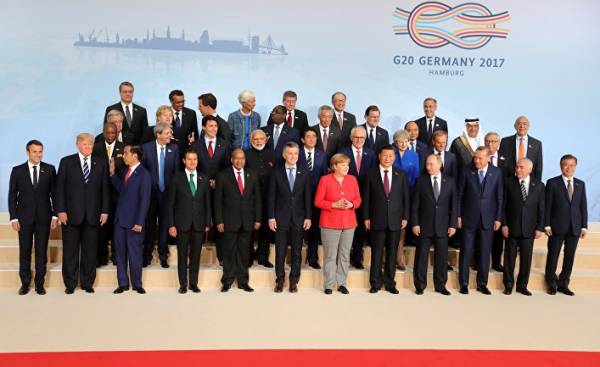 The US President Donald trump and the President of Russia Vladimir Putin will long remember the seventh of July 2017. Finally they met in Hamburg. While the anti-globalists were noisy in the streets, arranged clashes with the civilized German police attacked and received blows, as the protest wore in the walking dead, protect their interests, the heads of the twenty largest economies in the world were doing almost the same, but in the political and diplomatic spheres. In Hamburg almost all met with everyone, and the center of attention were two: Putin and trump.

Meticulous and punctual, the Germans made all efforts to meet the “Big twenty” in Hamburg entered the history of his agenda: green economy, digitalizacija, global warming, world economic growth and the immigration crisis, and the press wrote and spoke mostly about single. Whether Hamburg G20 or G2? Before the meeting the two sides have diplomatically stated that they do not have expectations for big changes. They were not sincere, the expectations were, there was a danger of failure and they did not want then to explain why expectations were not met. Instead of the planned 30 minutes, the presidents of the United States and Russia said 2 hours and 15 minutes. Journalists covering the G20 welcomed the meeting for Russia and Russian-American relations. A brief meeting would have meant that leaders have fixed differences and parted, and a long meeting showed that they talked about achieving change.

The meeting was attended by the foreign Ministers, and interpreters, and only they know what was said to the presidents, as argued and agreed. Then came the wave of comments and disagreements. Rex Tillerson and Sergey Lavrov have changed the emphasis in the question of the intervention of Russian hackers in the outcome of the U.S. presidential election. Tillerson told reporters that trump started a conversation with the Putin denied the doubt, as always. At the same time, Lavrov said that the US President was satisfied with the explanation of Putin, he accepted them. Tillerson did not share this opinion. Before the meeting, the officials and experts of Russia all day long discussing expectations from the meeting, the results and consequences. They did not Express much optimism and said that the hands and feet of the trump associated with investigation about the possible involvement of Russia to the elections of the United States, any concession to Putin and will be used against trump in domestic politics. Tillerson and Lavrov after meeting stressed that the presidents in a friendly atmosphere expressed a desire to continue the dialogue. “Two of the President very quickly found a common language, positive chemistry is well felt, very little has been made of references to the past,” confirmed the Secretary of state. It was shot by his own Democrats.

According to Lavrov and Tillerson, trump and Putin also reached concrete agreements, and Syria will once again declared a truce. The presidents had different views on the draft armament of North Korea. Rex Tillerson said, “the Russians on this issue adhere to a slightly different position, but we will continue to negotiate with them and ask them to do more. Russia has economic ties with North Korea”. Was will find solution on the issue of cyber security, the parties decided to establish a joint working group. Lavrov and Tillerson silent about the main thing — about the U.S. sanctions. Instead, the Russian President in an interview with Handelsblatt-th, and Saturday in Hamburg said that the sanctions are protectionist and contravene G20 declared on the principles of fair trade. It was a response to the genuine desire of the trump in Warsaw, before the summit.

Trump in Warsaw, said he believes the likely intervention of Russia in election 2016, Russia’s actions in Eastern Europe are destabilizing, he urged to stop destabilizing Ukraine and support enemy regimes of Syria and Iran (Warsaw speech trump Putin has “opposed” the visit of the President of China, XI Cinena in Moscow before the G20, it was an eloquent tandem West-East). During the meeting, they decided to start with a clean slate. Sergei Lavrov seemed that both presidents are guided by national interests and do not wish to oppose these interests.

The conversation he described as “very specific”. Lavrov also closed the question of ambassadors. “We agreed to speed up the necessary processes for the appointment of new ambassadors: U.S. Ambassador to Russia and Russian Ambassador to the United States.” Vladimir Putin after the meeting said: “I had a very long conversation with the President of the United States. Have a lot of questions — there is Ukraine, Syria and other issues, some bilateral questions. We’re back to fighting terrorism, cyber-security.” Then he said he established a working relationship with the President of the United States and believes that there is reason to believe that there will be at least partial cooperation with the United States. During a press conference in Hamburg, Putin said that trump is actually a different person than you can imagine from TV. The US President expressed on Twitter thanks Hamburg for a great day of G20. Meeting with Putin, he described in one word — amazing. Another tweet he made it known: “it Is time to move forward in a constructive cooperation with Russia”.

Experts stated that during the meeting, the words were warm, a sign language — moderate. No President was smiling as he expressed hope for a positive outcome of the meeting. Their handshake was a quick and businesslike. The fact of the meeting Russia believes that achievement: it shows that Putin is the world leader, and it must be considered. But no one is expecting significant changes after the meeting, such as the loosening of sanctions. The Kremlin has continuously emphasized that its main goal is “working dialogue” with Donald trump and the restoration of relations with the United States. What I want is the White house? Maybe he wanted to understand what is the Russian “die hard,” as he called Putin a trump. In the coming months, the results and implications of the G20 will become visible.

It is impossible to determine in which direction the relationship will develop following the first meeting. There are statistics that the presidents of Russia and the United States conducted the first long and positive meeting that follows nothing. Maybe trump and Putin love and demonstrative performances and the dominant position with Patriotic aspirations. They both prefer the nationalist position and would be happy to leave aside the system of global trade and the EU (Putin NATO), but the world turns out to be against the equality of desires and possibilities. What? After a few days the media noise dies down, experts will analysis more meaningful, not formal parties to the G20, and will probably be that Hamburg was a new beginning or a continuation of the old dispute. In fact:

1. The press has focused on the issue of Russian interference in presidential elections. It is the sword of Damocles, which the Democrats hold over the head of trump, investigating the investigation, but, as noted by trump, not presenting during this time no concrete evidence. This story is inflated, is used more as an excuse to save Russian-American contradictions and prevent the beginning of new history.

2. Both presidents addressed the issue of Syria. If the truce in Syria will be possible, many people will get the opportunity to fulfil their first and fundamental right not to be killed is a step towards peace.

3. The question of Ukraine remains uncertain, from Hamburg Tillerson went to Kyiv, together with the special representative of the United States. The issue of Ukraine was also discussed by Merkel that him and Putin agreed to write again to this format of the quadripartite telephone conversation with Poroshenko.

4. In the matter of Korea was recorded the difference in the positions.

5. The meeting was important for Putin from the point of view of refuting the doubt that the relationship with trump not be able. The Russian President confirmed Russia’s status as a superpower and its status as a leader to be reckoned with in international issues. This is an important starting point for Russian diplomacy. The main question — sanctions — remained unsolved. This is the most important task of Putin. It is the eve of the presidential election, economic success, need more than political. In 2018, the year Putin, of course, will nominate a candidate, and in this case it is the attitude of the West and the process of development of relations.

6. The President of the United States is in the process of self-affirmation. Not being a politician and being in the White house, he is forced every day and during every meeting to prove that he could be President. Not only “helpful” Democrats, but at least “helpful” Europe, China, Turkey and another dozen countries are waiting with trepidation for his failure. Aggressive eccentric trump is his protective instinct, he is a billionaire who takes a policy on the level of successful or failed transactions. Trump had other ideas about the role of the President in the White house remind him more of the responsibilities than of rights. He is an absolute record among all US presidents, the number of lawsuits for the first six months of the Board, his rating is falling, he needs a success story, especially in relations with Russian President Vladimir Putin, who was the only unpredictable in the political arena a leader prior to his appearance. Trump finally gave the start to relations with Russia, but they continued even he cannot guarantee. Restored and political dialogue between the US and Russia, that is the question the answer to which was given in Hamburg.

7. Guarantee diplomatic success of the development of relations was the visit trump in Moscow or Putin’s visit to Washington, however, even hint at it was not, and this indicates the real state of the relationship.

PS a Lot of issues left untouched or General agreement about it publicly silent. Hamburg is not the last city in the world. And the time makes haste. Relations Russia-USA have a direct influence on the EU, the middle East and, of course, to the South Caucasus. It is possible that the G20 discussed the issue of Iran, if not in the context of the nuclear agreement, it is precisely in connection with Syria. Twenty leaders could not touch the Turkey in the context of the Syrian Kurds. And Armenia? Why not? It will be seen from further actions Lavrov. Or the US Ambassador in Armenia mills. 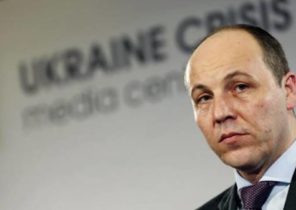 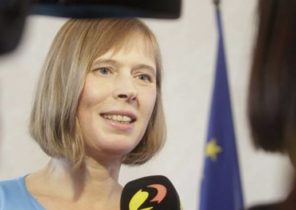