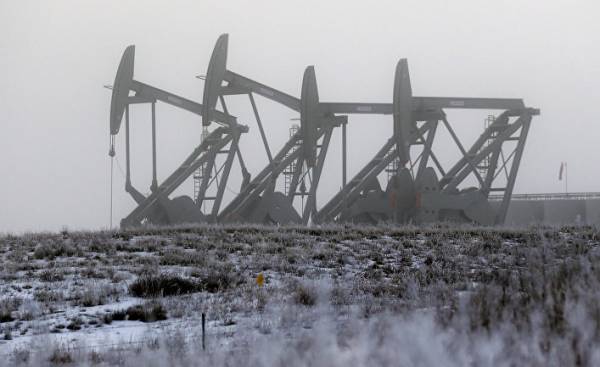 The U.S. energy sector, and more precisely, that part which operates with hydrocarbons and rejoices at the election of Donald trump for President. Trump and the Republican Congress have strongly started to work with the normative-legal acts, and the President promised that he would do everything to increase supply from the industry, which he estimated at $ 50 trillion.

Perhaps this number is slightly exaggerated (after all, even the entire us GDP for last year amounted to only $ 18 trillion), but the direction of movement outlined is correct. After an eight-year period of tightening regulations, after the numerous restrictions those businessmen who want to develop new fields of coal, oil and gas, have the full support of Washington.

The American energy industry and countries such as Saudi Arabia, roughly welcomed new commitments to develop additional sources of hydrocarbons. The question is whether they will be cheering just as loud when fully feeling the effects of the new policy. For many — including, for the departed on the defensive defenders of the environment — take action today (and that approval of the plan of the construction of the Keystone XL pipeline, the removal of restrictions on the discharge of gas from fields located on Federal lands, and more) are a radical step in the interests of mining companies.

The initiator of such step became the Ministry of internal Affairs, which oversees land use in the United States, as well as the Ministry of energy. The Agency of environmental protection under the new leadership is also waiting for serious change. Many years of lobbying, particularly from the coal industry and investors such as the brothers Koch, is beginning to finally pay dividends. The enormous money that is spent lobbying certainly attract the attention of candidates to the members of Congress. But the company insisted on the adoption of such measures, can nothing to gain from the decisions made because they will result in increased supply and lower costs. In a country where the offer of the already rich, but not changing demand, additional coal mining, shale gas and oil from shale rock especially in those areas where it was previously limited — can only lead to lower prices. This result is not accidental. Trump has made clear its key goal: to increase employment, especially in the industrial sector.

To recover the disappeared in recent years jobs and create new ones, need more money, and can help with cheap energy, especially in energy-intensive industries. But in the energy sector problems will be exactly the same as benefit. If the supply will increase, even if for a small fraction of those 50 trillion mentioned by trump, it will lead to falling prices and put in the difficult position of those who have a fixed structure high costs.

The next step will inevitably be a search for American mining companies and export markets, in order to do something with the surplus of coal and natural gas. Trump talks about energy independence, which means pure self-sufficiency. Such self-sufficiency today is real, and it is possible to achieve changes in policy. But self-sufficiency and a zero trade balance is not the end of the story. The United States can also become an important exporter. Export of gas has already started and the first batch of LNG a year ago, left the enterprise in Sabine Pass, on the border of Texas and Louisiana. Since then, trade volume has increased, and the United States today supply gas to a dozen gas markets around the world. It is planned the construction of several additional liquefaction plants. A new field of shale gas across the country will create additional incentives to find buyers abroad. According to some sources, the export of LNG from the United States this year could rise to 85 million cubic meters. The world market does not need more supplies of coal, gas and oil. Today’s volatile price of oil at around $ 55 per barrel was achieved only at the expense of OPEC quotas, to reduce the sentence. But even in these price framework oil today two times cheaper than it was three years ago. With it the comparative prices of gas and coal, and in each case, the growth of supply outstrips growth in demand. The oil Minister of Saudi Arabia Sheikh Khalid al-falih (Khalid al-Falih) said in early February the BBC that he welcomed the U.S. effort to develop the economy that consume fossil fuels. But al-Palau need to be more careful in his wishes. If America is to fully move to self-sufficiency through domestic supplies, it will have an extremely destructive effect. High-cost suppliers worldwide will lose their business.

To support prices, the Saudis have been forced to cut production more than the stated quota. And when the market will come new American energy, will further reduce production. Two and a half years ago, Saudi Arabia began enforcing strategy to maintain its share of world oil trade. To do this, she flooded the market with oil to bring down prices and displace business from other mining companies, especially American involved in shale production. This strategy ended in disastrous failure. The Saudis have cut production, and the Agency Platts last week reported that the number of drilling rigs in the US increased dramatically. The Saudis are forced to abandon their plans, but it now appears that their idea of maximizing the production was used by someone else. Trump ran over them. 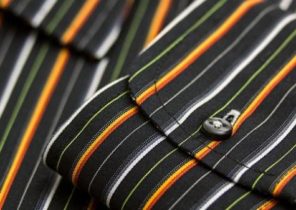