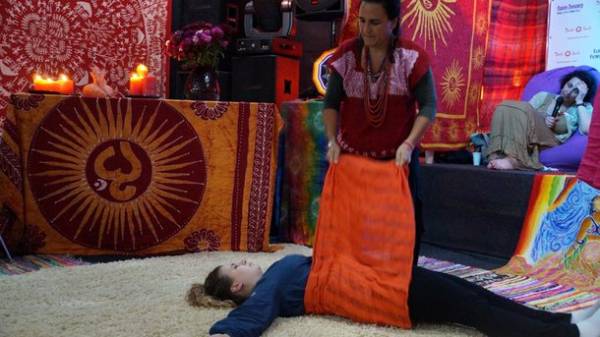 In the great hall nowhere to Apple to fall. Serene pregnant women, young mothers with babies at the ready, serious dads, attentive gynecologists, midwives and Doly (people who support mom before, during and after birth) — all gathered to hear a Mexican with Ukrainian roots Naoli Vinaver. She has more than 25 years, takes birth in women and helps to understand the issues of their sexuality. And there is nothing incongruous: birth and sex are United by one and the same energy — the energy of life.

That’s why her workshop, which in June was held in Kiev, called “Sexuality, birth and life.” It Naoli shared stories of his family, many years of observation and experience in childbirth postpartum recovery. After listened it became clear why the t-shirts hanging in the hall, said, “Sha! I make you a good mom!”: thanks to the acquired knowledge of happiness in a woman’s life can be added.

The main motto Naoli Vinaver: “she can have fun giving life”. Many women giving birth this can cause at least a skeptical smile. But perhaps this skepticism will decrease after experience with the following Naoli thoughts on this subject: “to Name generic pain just a pain is all the same what to call the planet Earth ball. It’s much more difficult. The woman soon to give birth, I try to fully describe the sensations that await her. I tell her, “you will sleep mask that you’re wearing civilization. You will begin to know your true self You can feel a strong heat, which will intensify, and you may feel that now there will be an explosion and you will disappear. At such moments, comes the understanding that you’re part of the Universe. The stronger such feelings in childbirth — the stronger the love for a child”. And I always explain that we get exactly those clans that improve our ability to motherhood. For example, long given to teach patience.”

When it comes to understanding all this, the woman can really get some satisfaction, even going through physical suffering. The midwives and the doula, there are lots of techniques and tools that help to reduce them. This analgesic massage, and the creation of an atmosphere that helps develop the main generic hormone — oxytocin (the room should be warm and dark). In Mexico, traditional midwives actively using a special woven rebozo scarf (see photo). It looks like a continuation of the hands: help, shaking and lulling the body to do a massage. Noli resorted to more drastic means. In its Arsenal there is a tambourine, and even a vibrator. But all this is secondary. The most important thing in childbirth — spirit woman, her ability to listen to your instincts and inner voice.

“The cells of your body know how to give birth. And if you’re moving, as it suggests, you will unconsciously find a position in which you and child will feel as comfortable as possible. So I think a very important stage of preparation for childbirth — a reunion with his feminine side. Women should search for expert-in-itself”, — said Naali. 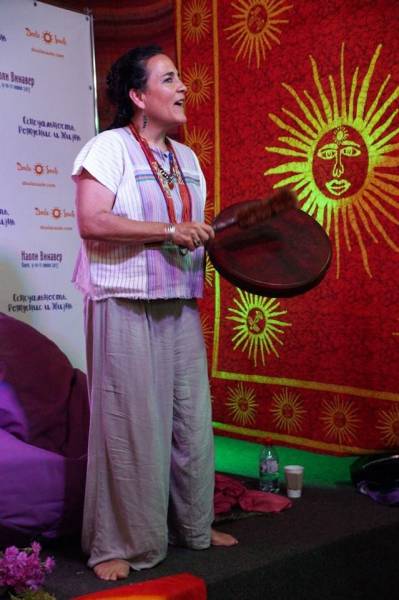 Today gaining popularity so-called Lotus birth. Their essence is that the cord is not cut. After the expulsion of the placenta is washed, covered with salt and placed in a special container or wicker basket. Every day I would wash and sprinkle a new layer of salt. To do this will on average 3-5 days, rarely — 9-12 days. During this period of placental tissue are mummified, the umbilical cord dries up, and the children’s place naturally separates from the baby. After that, the parents bury it and plant a tree on this place.

The name Lotus such childbirth was because in Indonesia, where I came from this tradition, the placenta was wrapped in Lotus leaves. The Indonesians believed that she is the protector of the child not only during pregnancy but also after childbirth. If for any reasons you do (like a rhesus conflict or sickened by the mere fact of wearing of the placenta for some time) — you can discuss with your doctor that will accept delivery, the option to not cut the cord until the placenta is born (this is usually done in a minute after the appearance of the baby born).

To explain why this is necessary, Naoli Vinaver told a story from his practice: “it was a normal birth. Pink was born baby, who immediately screamed. I put his mom on the stomach, gave to tulsiwadi the umbilical cord. But then, for no apparent reason, he turned blue and started to wheeze and cough! And in that moment I saw the umbilical cord began to throb: the placenta, which has its own intelligence, go back to work that the child received oxygen.” 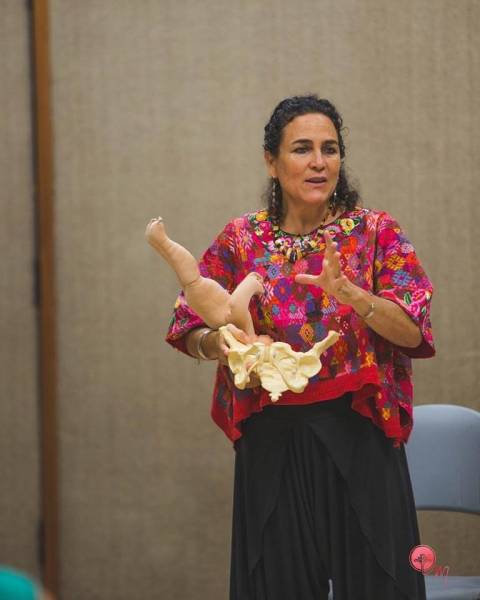 With a visual aid

40 DAYS WITHOUT A COMB

Where is Mexico and where is Ukraine. Meanwhile, in the tradition of postpartum recovery, women have a lot in common. Here and there there is the concept of “corocodile” after giving birth: during this period women should be a particular way of life, which helps her to compensate for your efforts and adapt to the role of the mother. During this time the baby mother needs as much rest as possible.

“In Mexico during these 40 days, the woman almost never leaves home, she mainly lays with the child. However, it does not have to wash and comb. As with any tradition, this one’s got a deep practical sense. First, this appearance is not to receive visitors (which protects the baby and mother from infections), and secondly deters husband (which protects the woman from postpartum infections),” laughs Noli.

This, of course, the methods are quite radical — especially as our gynaecologists recommend after giving birth as often as possible to make intimate hygiene, in order to avoid complications. But postpartum swaddling, which is common in Mexico, is now again gaining popularity in Ukraine (Slavs it was previously practiced widely).

“During this ritual, a woman doing body massage from head to toe. Then a hot bath with herbs. Then it is wrapped in a blanket to well propotel, and swaddled in a rebozo. The procedure is best done at 5-12 days after birth and then repeated after 20 days. It gives deep relaxation and helps to establish lactation”. 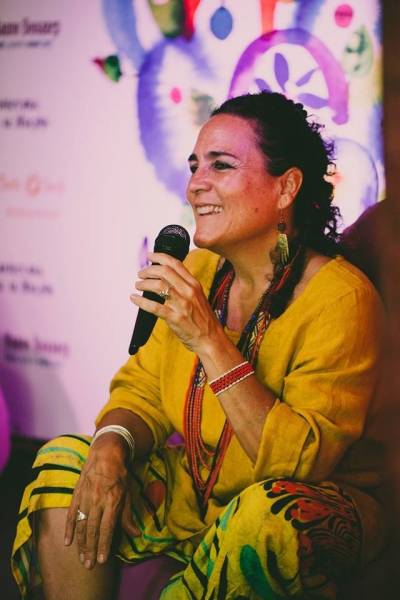 Tells all with humor

THE FEAST OF FIRST SEX

Probably everyone knows the phrase, “we All come from childhood”. Noli cites an example from the life of his family, by which it was laid attitude to sex as a celebration. “When I was 10 and my sister 11, one morning dad woke us up saying, “get Up! We want you to tell me something!”. It turned out that this night our 15-year-old brother first made love. Without the details he shared how it all happened. Parents congratulated him on this event. And we kids got the message that love is a beautiful thing, whose appearance in a person’s life should be celebrated”.

The author is grateful for the invitation to the seminar team Doula Saule.