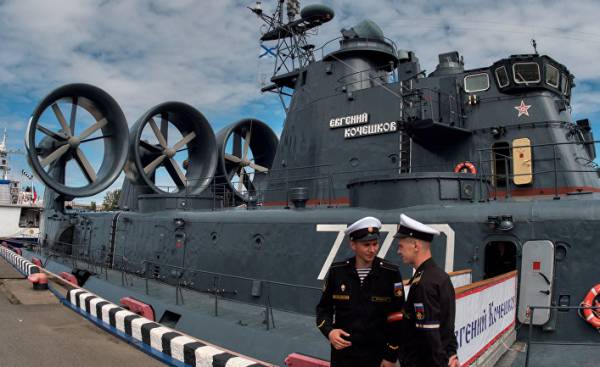 In St. Petersburg hosted the international exhibition of the naval fleet of Russia. During the exhibition Russian admirals told about the new warships and weapon systems.

“We plan to build a new aircraft carrier, which will hold 80 fighters”, — told Vice-the Admiral Victor Borsuk at the exhibition of the Russian fleet in St. Petersburg.

The project has already made in the government programme. The Navy hopes to sign a contract no later than 2025, to five years later to pull the carrier into the water.

Early Russian shipyards lacked the capacity to build large aircraft carriers. Therefore, in 2011, Russia ordered two helicopter carriers from France, but the deal never was completed because of the Ukrainian crisis.

On the situation to date, the Russian Navy has only one aircraft carrier. “Admiral Kuznetsov” was commissioned in 1990, and next year he will repair.

“We also expect that the government will take care of the construction of two new vessels of amphibians,” — said Vice-Admiral on the South.

The project is called “Surf” and involves the construction of a helicopter carrier that also can carry troops on the ground. According to the South, the ships should be launched in 2025.

Also the Russian fleet in the coming years plans to order at least six new submarines.

The state Corporation rostec, introduced a major innovation of the exhibition. “Shell-IU” — anti-aircraft missile and artillery system, designed specifically to meet the needs of the Russian Navy.

“The system has long been used by the Russian ground troops, but now we have upgraded it in accordance with the needs of the Navy”, — said the chief engineer Alexander Zhukov.

At the presentation the company said that the range of the system is 20 km, and it can shoot down four objectives simultaneously: for example, fighter jets, helicopters, missiles and drones.

“We have already signed a contract with the fleet, — said Zhukov. — Thanks to these contracts, our factory provided jobs for many years to come”.

The Russian Navy held the International naval salon in Saint-Petersburg for the eighth time.

The exhibition, which ended this Sunday, and visitors and potential buyers could see the new weapons produced by the Russian defense industry. Was attended by 350 Russian and 50 foreign enterprises.

This time at the pier were about 15 Russian warships, but the submarine was not visible.

Russia is the largest arms exporter in the world after the United States. 70% of Russian arms exports go to India, China and Vietnam.

Russia is intensively modernizing its army and since 2010 has invested in the modernization of about 500 billion euros.

This year Russia will spend on the military costs of 4% of GDP — the same as US.

Before the show, President Putin announced that Russia in the coming years will continue to increase the military potential to be able to stop potential enemies.

“The complicated international situation, the growing number of regional crises, conflicts, terrorist and other threats require that we constantly improve the military organization of the state, — said Putin. — Only powerful, modern, mobile armed forces able to safeguard our sovereignty”. 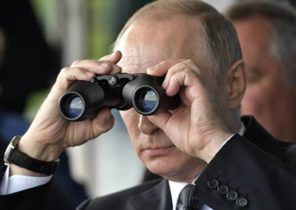