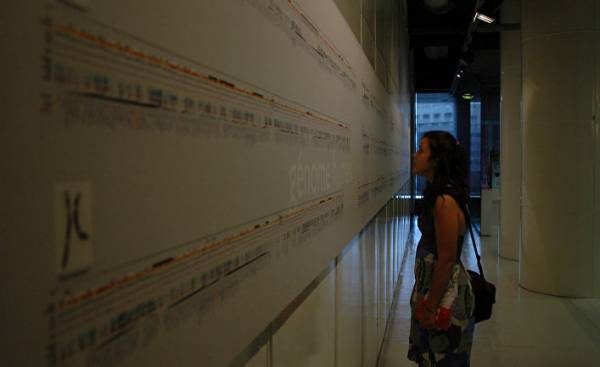 Human genetic material can be purposefully changed. But is this acceptable from an ethical point of view? Until now, information about these experiments were published only Chinese scholars. Currently, scientists in the United States for the first time a gene modified human embryo using genetic engineering technology CRISPR-Cas9 — it happened at the University of Oregon science and health in Portland under the guidance of the researcher Shukhrat Mitalipova.

Team Mitalipova experiments were able to prove that the defective, disease-causing genes safely and efficiently to fix it. When you replace the gene at the embryonic stage of the path will be cured not only a single individual, a defective gene will not be inherited by the next generations. Underneath the germinal understand by special cell line, which, starting with a fertilized egg in the course of human development leads to the formation of his gonads and educated in her germ cells — eggs or sperm.

In previous experiments, the intervention in the genome Chinese scientists are constantly faced with unwanted side effects. The report Mitalipova not yet published, but according to rumors in the experiments conducted in the United States, emerged significantly fewer side effects — unintended changes in the genetic material that can cause harm.

In Germany, such experiments are forbidden

Mitalipov was born in Kazakhstan, in the former Soviet Union, he became known in 2007 as the first scientist who managed to clone monkeys. In 2013 he for the first time made human embryos through cloning. This scientist’s name and from it we can expect success in the “edit genomes”.

In Germany, the experiments that were conducted in China and the United States, is strictly prohibited by the law on the protection of embryos. Researchers who violate the ban face imprisonment for up to five years. In February 2017 the national Academy of Sciences of the United States declared that the interference in an embryonic way embryos should be allowed, if the goal is to cure serious diseases. Therefore, research in the United States ceased to be illegal.

Will it be blue eyes?

In the UK and Sweden the legislators have also been given the green light for experimental interventions in the genome of human embryos. But until now, scientists from these countries have not reported any outcome in studies of successes. All over the world on this subject there are only three scientific publications — and they are all from China.

At present, it is impossible to predict how much time should be spent on research, yet will be able to safely eliminate inherited diseases using genetic engineering intervention. But when this goal will still be reached, it will be possible to create “designer” babies with superior characteristics.

Will it be blue eyes, or more intelligence? Society needs time to hold a red line, not waiting for the technology ripe for the market.

From an ethical point of view less problematic seems the use of editing of the genome, when the intervention is not on its way, and the defects corrected in the genome of an adult. German law permits this, and pharmaceutical companies, like Bayer,are investing a lot of money in the development of therapy on the basis of CRISPR-Cas9.

“Today it is believed that more than ten thousand diseases are caused by specific gene defects, says Kemal Malik (Kemal Malik), head of research of Bayer — and technology CRISPR-Cas9, adjusting the corresponding genetic defect that can cure many of these diseases.”

In April 2017 11 German scientists made a fuss, demanding the easing of a ban on embryonic research in the project document, on behalf of the National Academy of Sciences. Under certain conditions in Germany, too, should be allowed intervention in the germinal path, they said.

Scientists argue that scientific progress is so rapid that edit the genome with no side effects to the embryos will be in the foreseeable future. And if you do manage to cure disease by editing the genome without risk, scientists propose to discuss the question: will there and then declared the unethical use of this opportunity.