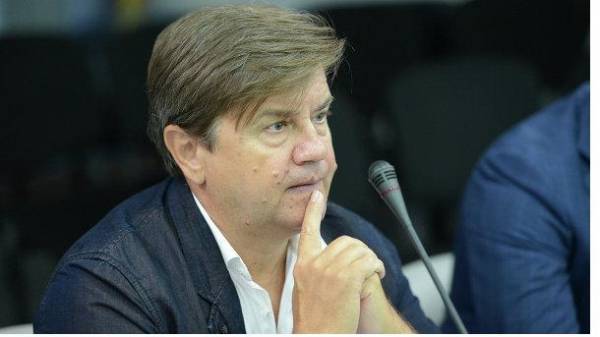 This opinion was expressed Director of the Institute of global strategies Vadim Karasev on his profile page on Facebook.

According to him, removal of inviolability from Maksym Polyakov and Borislav Rosenblatt that “the investigation is preparing a five-minute clip from “explicit scenes”” will not vote parliamentary coalition. And the accusations of the Prosecutor General in relation to Andrey Lozovoy, Eugene Deydey and Oles Dovgy, according to Vadim Karasev, unsubstantiated.

“Lozovoi, Dade and Long, it’s pretty obvious. First, the procedural Committee and then the Parliament will be denied Lutsenko. Doing them relatively empty, no sane evidence… most Likely, the coalition still tries to save its members, is simply by refusing to comply with the attorney General’s view on all members (do not forget that willow is “right hand” of Lyashko and Deidei is very close to Avakov). Otherwise, the Parliament faces a final loss of efficiency. Because the queue for the lifting (judging by the conversations in the environment of the public Prosecutor) two members of the “Vidrodzhennya”, Vilkul, brothers Dubnevichi. Preparing materials for Chumak (allegedly dug up inaccuracies in the Declaration and there is no origin of the money) and some other famous Euro-optimists. Is “work” for a major landowner, Ivan Miroshnychenko, one of the main sponsors “Samopomichi”,” – said Vadim Karasev.
“The weakest position of the Prosecutor in the case Dovgy. Oddly enough, but Dovgy, the situation is even played. The society finally had to delve into the matter… From the text of the submission follows that of the land decision, he was not prepared and did not sign. Agreed on the allocation of land to the Kiev administration, as well as a number of ministries. 65 city Council members unanimously vote for everything. The mayor (also the head of the Kyiv city state administration) decision is signed. In my opinion, uncovered this story remains only a personal feud between Lutsenko and the Long. The only thing that makes it impossible to take this story to the archive,” – said the expert.
Vadim Karasev said that to support all the attorney General’s view on the removal of immunity of deputies is ready only at BYT.

“Most likely to vote for lifting the immunity of all five members from the list, Lutsenko will be only the BYUT. To the dissolution and early elections of the Parliament of the other players is absolutely not ready”, – concluded the analyst.
As reported, the Procedural Committee of Parliament during the week from 3 to 7 July, to consider the submissions of the public Prosecutor about removal of inviolability from the five members: Eugene Deydey and Maxim Polyakov (faction “national front”), Borislav Rosenblatt (“Block Poroshenko”), Andrey Lozovoy (Radical party), Oles Dovgy (“the will of the people”). It will also consider the attorney General’s view on the detention and arrests of Maxim Polyakov and Borislav Rosenblatt.