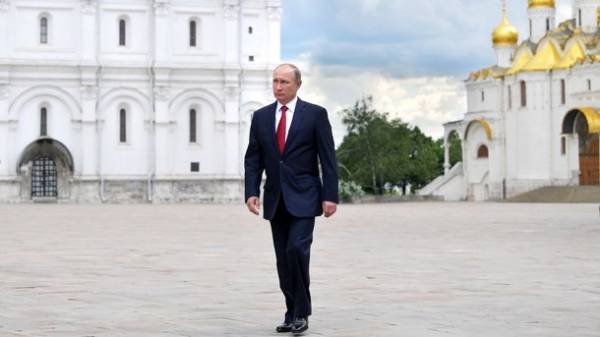 The Russian President says that Russia allegedly does not interfere in the Affairs of other countries, talks about his grandchildren, and also recognizes what I would do with a gay man in the shower.

However, much attention of Internet users was drawn not to what Putin said, and to whom he gave in an interview. In social networks recalled that one day Oliver stone interviewed the South American leaders Hugo Chavez and Fidel Castro, and each of them four years later died.

The curse of Oliver stone pic.twitter.com/YsETIQwveC

Stone’s film “Interview with Putin” will be shown on the cable channel Showtime, placing all the 4 piece was worth a beggar the Russian budget of 2.5 million $ pic.twitter.com/6NHoupLSOs

The US wants to destroy Russia’s economy and change the country’s leadership, Putin in an interview with Oliver stone

For certainly hurt stone: “natural born killers” to sink to the interview with Putin

Putin in an interview, stone said that he already has grandchildren.

I would like to add that the grandchildren of Vladimir Putin branded, Dutch.

Putin said stone, that all the fun he’s going to tell retired. Yeah. There it will be sent to the court in the Hague, which will hear his testimony.

Stone’s film about Putin in America, advertised with the slogan “Know your enemy” pic.twitter.com/YKWnZE8y1f

A brief summary of Putin’s interview with Oliver stone: pic.twitter.com/oedFGtyHiq