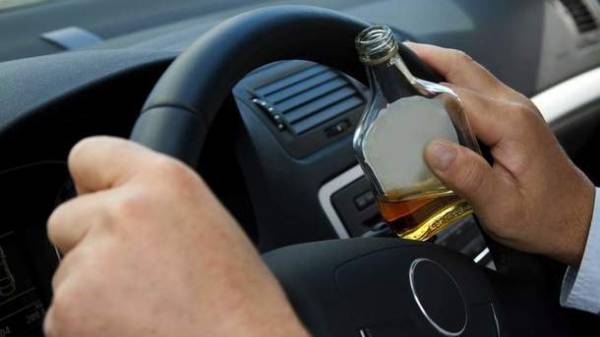 MPs propose to strengthen the fight against drunk drivers, significantly increasing the fines. The corresponding bill is registered in Parliament, reports “gromadske”.

According to the document, the penalties for driving drunk can be increased up to 40 thousand hryvnias. Also, the police want to give the right to carry out systematic checks on drivers for alcohol intoxication.

Statistics indicates that only over the last six months revealed 46 thousand drunk drivers. And the world health organization notes that the majority of accidents occur because of alcohol in the blood.

As stated in the bill that in the area of the audit will set the appropriate sign, where the driver will necessarily be tested for alcohol. The decision about the upcoming test and its details (sampling) is made by the head of the patrol police.

We will remind, last year the Council supported the increase in fines for drivers and today drunk drivers have to pay 10 UAH 200 or they may take away the rights for a year.