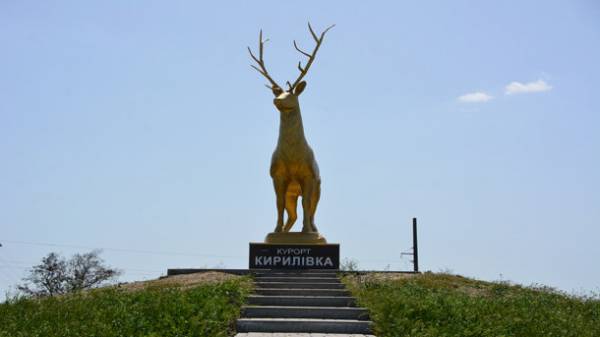 It would seem, how can you compare a large city with a long history of tourism, thousands of attractions and a small resort village? Do not jump to conclusions, size doesn’t always matter. Tourism is a delicate matter. Let’s rate the available statistics, compare the resorts and decide where to go this summer. Detailed information will get on the website http://www.azov.zp.ua/kirillovka/ dedicated to tourism and recreation in Kirillovka.

Unfortunately, Ukraine does not collect reliable statistical data on domestic tourism. The state statistics service of Ukraine collects “srednepotolochnymi” figures, mainly from reports of public health, and does not give a breakdown on human settlements. The only official information is the statements by the representatives of the local authorities. Of course, urban and rural heads like wishful thinking and greatly overstate the real data. But if you compare the statements of the two mayors, we get more or less the exact ratio.

So, if we discard the statistics is fantastic, we get approximately the following figures:

As you can see, even in previous years the gap between cities was not so great, the number of tourists was different, but not in order.

We did not take those forecasts that give officials, tour operators or hotel owners, and made my own. After analyzing the statistics of search queries, the data from the sites involved in the booking of rooms, we realized that the rest on the Azov sea is more popular than the Black.

Let’s look at why this is happening.

Why Kirillovka pulls the flow of tourists themselves 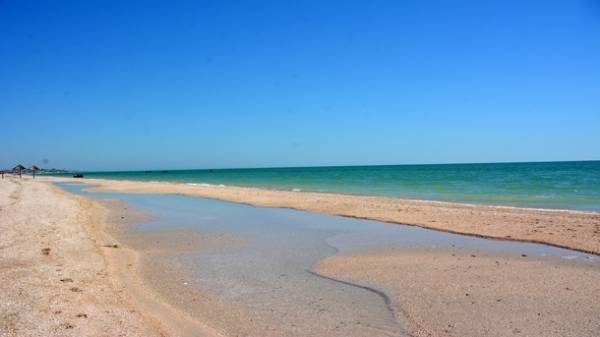 To help you understand the resort Kyrylivka and the eponymous village, is a bit different. Although the settlement lives less than 3,500 inhabitants, the resort area stretches along the coast for more than 30 km Number of hotels and resorts in 2015 exceeded 400 and the construction continues.

At the same time in Odessa, where more than a million inhabitants, the length of the beaches in the city is less than 20 km. And the number of hotels in “the pearl of the sea”, according to the service “Trivago” is only 438. And this figure includes not only hotels, but also apartments in the private sector.

And now let’s compare other factors, attracted to the seaside resort of tourists.

For the analysis we took the so-called high season – early July. The average cost of a weeks stay in a double room in this period in Kirillovka 6500 UAH. For a similar room in Odessa will have to pay 11,500 USD. The difference is almost twice. But this is only at first glance.

Average hotel in Odessa is located far from the sea, in the first line are high-class hotels. And in all Kyrylivka recreation and resorts built right on the beach, there’s even a cheap hotel has its own beach.

Here we can argue – in Kirillovka still no hotels claiming to be five stars. Agree, tourists, accustomed to Arcadia, is unlikely to change Odessa to other domestic resort. But the bulk of the rest is not VIP, and the “middle class” and even “economy”. Looking at the cost of living in Odessa is difficult to speak about any economy. For comparison works well for Turkey or even Greece, not the Azov sea coast. 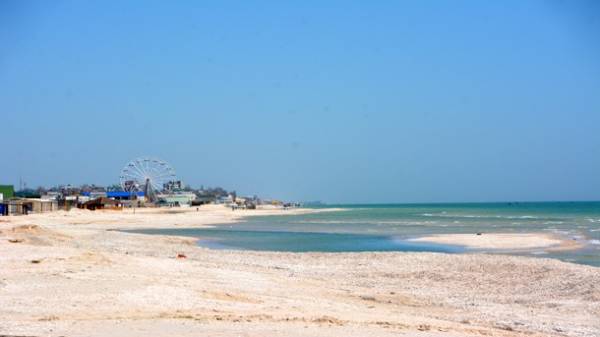 The quality of service

This is a very subjective factor, the opinion about quality is based on personal experiences. But entrepreneurs of Odessa has long been accustomed to a large influx of tourists. And Kirillovka is still under development. Here every year there are more hotels, restaurants, attractions and businesses feel the increased competition. Prices on the Azov coast, and so minimal, so pensions have to fight for holidaymakers by raising the quality and quantity of services.

There are all unique. Odessa is a port city and a powerful industrial center. The purity of the sand and sea in the coastal zone, however. And the whole economy Kyrylivka is based on serving tourists. There is not a single industrial facility, pollute the beaches can only by tourists.

With a free place under the sun gets even more interesting. Formally than Odessa’s only 10 km of the total length of beaches – 20 km to 30. But in Kirillovka sandy beaches is not only the sea but also near estuaries, that is, the number 30 can be easily multiplied by two. Another issue is the availability. On the shores of the Azov sea, all the beaches are open to the public and free.

As you can see, the main indicators, factors that affect the volume of tourist flow, Kyrylivka is much superior to Odessa. Look, whether justified our expectations. But you recommend not to doubt, and to travel to the sea of Azov. There you not only a good rest, but also save a considerable amount of money. 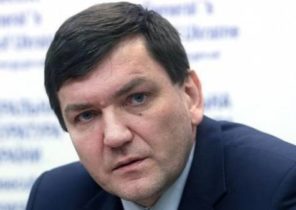