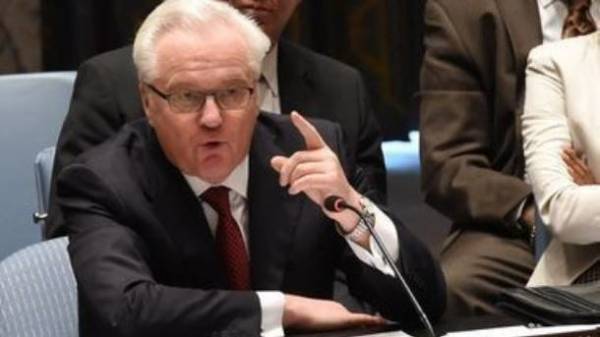 Russia refutes the existence of letters from the fugitive Viktor Yanukovych with a request to send troops to Ukraine, as it destroyed the entire Russian-propaganda scheme about the “junta” and “coup”. This “Today” said political analyst Volodymyr Fesenko, commenting on the statement by the press Secretary of Russian President Dmitry Peskov that, “any letter from Yanukovych in the presidential administration of the Russian Federation have been reported.”

“It is a propaganda statement, trying to help Yanukovych to discredit the fact of such letters. Because the condemnation of Yanukovych is destroying the whole Russian scheme about the “junta”, “revolution”, etc. Once Yanukovych condemned (in Ukraine – Ed.) as a traitor, as a person who has committed an act of treason, the whole Russian-propaganda scheme is violated. So they protect Yanukovych – in this case, not because they like it. I think, there is not trust Yanukovych, so it even ORDO sent to lead, he sits himself in the status of pensioner and counting. And the statement that no letter was, you know, from the same category as “weapons in the mines” (Russia in the International court of justice said that militants in Donbas have found a weapon in the mines – Ed.)”, – said Fesenko.

According to the analyst, there is even a facsimile of the letter. “And there is a statement Churkin (late Ambassador to the UN – Ed.) and I think any objective observer realizes that in any normal diplomatic representative of the state can not make such statements without the consent of the political leadership, at least with the Minister of foreign Affairs. So naturally there could be no improvisation by Churkin, he stated the official position of Russia, and then Russia threatening Ukraine and the West the possibility of such a scenario – the introduction of troops in Ukraine. Now of course it is not profitable to admit it, so they deny it”, – says the analyst.

Volodymyr Fesenko believes that the Kremlin will continue the tactic of denying the presence of the letter, denies unfavorable information about the accident MH17 in the fault of the Russian Federation, Russian aggression in the Donbass, according to human rights violation in Crimea, etc.

“In Ukraine, the mechanism of the trial in absentia of Yanukovych has already started: here is the announcement from Lutsenko plus today’s vote in Parliament to change the criminal procedure code. The only question is how fast will be sentenced. What can be the problem, I assume that purely legal as I understand it, will use the formal “gap” in the status of Yanukovych. This letter came after Yanukovych to abandon power. And then what is the legal snag? According to Ukrainian law, he was not a statesman. But he used the status of President, and Russia, apparently, recognized as such. Plus it was and remains a citizen of Ukraine, therefore, the fact treason is. But the “break” status – the situation, his lawyers can use”, – concluded the expert.

We will remind, according to Prosecutor General Yury Lutsenko, the Prosecutor General received a letter from the General Prosecutor’s office of Russia, which refuted the receipt of the letter from Yanukovych about the deployment of Russian troops in Ukraine. “Received a letter from the Prosecutor General of the Russian Federation. Write that neither the presidential administration nor the Federation Council had not received any letter from Yanukovych about the entry of Russian troops on the territory of Ukraine, – wrote the head of the GPU in your Facebook, attaching a copy of the letter to the post. But what to do with the performance Churkin in the UN security Council about this letter? What to do with a video interview of Yanukovych, which confirms that they wrote this letter?”.

At a press conference in Rostov-on-don in November 2016 Yanukovych confirmed the fact of appeal to Vladimir Putin about Russian troops in Ukraine and called it an emotional decision. In March 2014 the UN security Council meeting Churkin said that Yanukovych has written to Russian President a written petition for the entry of Russian armed forces to protect the population of Ukraine.