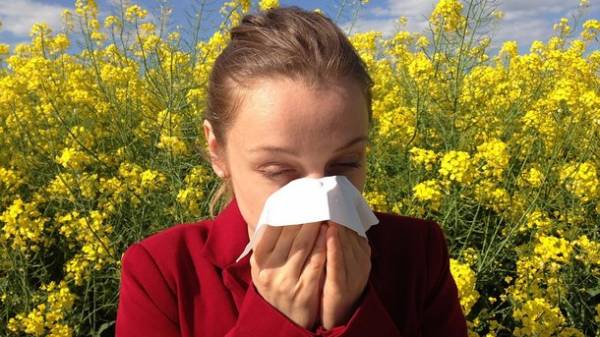 Scientists from Australia propose to treat allergies with the help of gene therapy, infiltrating immune cells and cleansing them of “memory”, according to an article published in the journal JCI Insight.

“Outbreaks of asthma or allergies related to the fact that human immune cells begin to respond to their own body proteins as antigens. The problem is that these cells have a very good “memory” and they are extremely difficult to get rid of. We were able to solve the problem using gene therapy, prompting the T cells to “forget” these proteins,” says ray Steptoe the University of Queensland Diamantina.

According to statistics from the who and the world organization to combat allergies, about one third of the inhabitants of the planet suffers from various forms of allergies.

About two-thirds of them are seasonal forms, caused by pollen, or other natural stimuli, and the rest from asthma and other chronic diseases.

Many biologists believe that the Allergy develops from the fact that man lives in a too clean environment. In childhood our immune system is just not receiving enough information to learn how to distinguish the real from germs dust, pollen and other harmless particles. In the same way as neuroscientists now believe, can develop Alzheimer’s disease and other autoimmune diseases of the brain.

This problem, according to Steptoe, it is possible to solve, in fact the dropping of “memory” immune cells and returned in the condition in which they existed at the time of birth of their owner or to the development of asthma.

Experimenting with mice genetically predisposed to develop asthma, scientists decided to test what would happen if the DNA of the hematopoietic cells to add another gene that will cause them to produce the protein, causing the subjects of inflammation and cough. Following this idea, biologists have created a retrovirus that inserts this gene into the DNA of cells and treated them with fragments marrow, which they extracted from the body of mice.

When the virus had infected all cells, the scientists got them back and saw what has changed in their body. As it turned out, the reprogrammed stem cells of the bone marrow begin to interact with immune cells and remove them from “memory”, causing them to ignore the protein molecules that they previously attacked.

As a result, the rodents did not experience asthma attacks when scientists injected into their body even very large doses of this substance.

Similarly, as noted by the Australian biologist, you can create a gene therapy to combat the Allergy to the peanut butter, honey, oysters, or other types of food as well as bee venom or antibiotics.