However, social networks and social media materials were published, attesting to aggressive behaviour by opposition groups and the police action very far from the brutal suppression, as it were, in the vast majority of the Spanish press.

EL PAIS: “the protests in the streets of Caracas continues to gain scale”, “with demonstrations, the initiative again passed to the opposition”
(Street protests open a second life for the Venezuelan opposition, 14 APR)

EL PAIS: “March of the opposition in this Holy Monday became the target of a disproportionate attack by law enforcement”
(Caracas is experiencing another General battle between the police and demonstrators on April 11)

EL PAIS: “police pickets dispersed them with tear gas and volleys of shot. At the moment there are about five died from gunshot wounds in cities across the country”
(The Venezuelan opposition comes to life and takes to the streets, April 14)

EL MUNDO: “Another wave of street protests suppressed by the now familiar shower of tear and pepper gas, jets of water under pressure and shot in Caracas and another fifty municipalities”
(Protest Easter week in Venezuela, 10 APR)

EL MUNDO: “for the fifth time was dispersed with disproportionate brutality of the police and military, who without hesitation began to spray tear gas from helicopters to prevent hundreds of demonstrators go in convoy to the Office of the public defender”

An editorial in El Pais of April 16, claims that Maduro “does not control armed groups of chavistas”. If Nicolas Maduro some youths throw eggs, the article says that it “makes obvious the level of destruction that it approaches Venezuela”. As for street violence, the author concludes: “the riots definitely promote the activities of the so-called “collectives”, the assault groups of chavistas, who are accused in a recent death.”

The mainstream media insist that the police brutally dispersed the demonstration, but does not explain what one of the common strategy of the Venezuelan opposition began to modify the approved route of the convoys to head to the government buildings and assault them.

For example, on April 7 the opposition March was announced via the permitted route, however, subsequently, the organizers attempted to lead people to the Miraflores Palace (government building).

In some cases the demonstrators are trying to send to areas or places where there were supporters of the government to provoke violent confrontations with them, which then could be presented to the world community as evidence of instability in the country.

What was initially planned as a peaceful Assembly of opposition on Saturday the 8th of April, turned into a street battle when the Governor of Miranda state, Henrique Capriles (Henrique Capriles), and other opposition leaders demanded that about three thousand audience went to places in the centre of Caracas that has not been agreed with the authorities.

And that’s when the demonstrators came across the ranks of employees of law enforcement agencies, and opposition leaders quickly released in the beginning of the column aggressive thugs with handkerchiefs tied individuals, as can be seen in the newspaper Albaciudad of 8 April.

Nothing about it tells the major Spanish and international media. Just as they ignore the acts of violence and sabotage that opposition groups perpetrated on the streets of Los teques in Miranda state. The perpetrators removed the lid from the sewer manholes, which failed a few cars (Últimas Noticias, April 17). Outside of Venezuela, gave only that the police arrested 30 of the demonstrators.

The headlines in the Western press called the “brutal suppression” even such pictures, which the police appear unarmed and in the minority compared to the same demonstrators and journalists (Europa Press, 5 APR). And sign the picture “clash of oppositionists with police,” although her aggressive protesters jostle trying to shield shields police (El País).

Despite the fact that on many shots it out on the street and not the police behave aggressively, in the articles still insist on calling them “opposition” and to tell you about tear gas and shots taken against them.

It is obvious that after reading the title RTVE “Venezuelan police disperse March of oppositional deputies, blocking their path to Parliament,” no one imagines that it looked like this: pinned to the fence by the police, which is about to devour an angry mob.

Social networks and local independent press in Venezuela distributed the videos showing aggressive actions of the opposition, which they never show on TV, like the shooting on April 11, in Caracas.

The same applies to frames from April 6, made in the heart of the Venezuelan capital and is not transmitted on Spanish television, despite their entertainment.

On some recordings you can see how “opposition” in the police shooting of firearms, for example, in the state of Carabobo.

On the other captures the intervention of the police, which is trying to prevent the clash of Pro-government and opposition demonstrators, and aggressive behavior.

However, international news agencies like CNN (April 12), interviewing high-ranking officials, as the Secretary General of the Organization of American States, Luis Almagro (Luis Almagro), which places the responsibility for the escalation of violence on the Venezuelan government accusing it that it “shoots its own people”.

Meanwhile, ignored such facts as that in cities and States controlled by the opposition, for the construction of the fence was used garbage trucks (Noticias Barquisimeto, April 10).

The opposition spread to the social network footage, which shows how persecuted they are by the forces of law and order, and on their personal pages to post a selfie with funny facial expressions in the same circumstances.
Source of misinformation in networks are not only anonymous or standard users, but high-ranking officials, as, for example, one of the mayors from the opposition, who said publicly that Nicolas Maduro is using chemical weapons in Syria.

Not shown, the Central channels and of the record on which rebellious young man, identified as a party to a number of acts of vandalism, it is recognized that the opposition organizations were paying him large sums for the destruction, arson and throwing stones during demonstrations (Últimas Noticias, April 17).

One of the actions with his participation was an attack on the Judicial administration (Alba Ciudad, April 8), but neither photographs, nor videos about it were published in Spanish media, despite the fact that they accurately describe the tactics of the demonstrators.

Meanwhile, footage of arson by the opposition of the Supreme court building is still shown on Latin American TV, in particular, on state-run Venezuelan television, but in Spain not seen them.

In the state of Lara, the demonstrators threw bottles with “Molotov cocktail” several cars parked in front of the Venezuelan food Corporation. Among them was a mobile clinic that participates in the state program, “Mission Nevado”, in which the government provides free or very cheap dental services to people or communities who have Pets.
We have learned nothing about the attack on the demonstrators from the opposition in the crew of the Venezuelan state television in Caracas. Journalists were beaten, broken camera, stolen mobile phones and even wallets.

When it comes to victims

Headlines in the media make it clear that it is on the conscience of the government and law enforcement agencies:

EITB: “Increased to 5 the number of people killed during opposition protests in Venezuela” (April 14)

ABC: “the Opposition says six of those killed during the protests against the government of Nicolas Maduro in Venezuela” (15 April)

El País suggests that all the victims died from police bullets: “police pickets dispersed them with tear gas and volleys of shot. At the moment there are about five died from gunshot wounds in cities across the country”

Until April 14 was said about the 8 dead, but of them, according to confirmed reports, only four died in the unrest. Of these four, one person was killed as a result of the attack civilians in the neighborhood of social housing built by the government in Bricesmith, the second — when you try to go through the barricades built by the opposition in Caracas, and two more in the result of the alleged actions of the defenders of law and order.

The attack on the government built the neighborhood, “Socialist town the name of Ali Examples” in Barquisimeto, killed 14-year-old, who received two bullet wounds during the storming of the town by armed men with bandages on their faces, clearly belong to the anti-government movement that follows from prosovetskoe the nature of the object of the attack and the statements of the boy’s mother and neighbors.

As for one of the dead allegedly by police bullets, authorities have charged two agents, who are already under arrest. However, the state’s Governor announced that the preliminary investigation conducted by the competent authorities, found that police squad was attacked with a firearm.

And finally, any manifestation of aggression against the Venezuelan President is perceived by our media with special glee, as in the case of eggs, which Maduro threw the Teens at the end of the parade, the last second of which has been happily translated all over the world. Meanwhile, in these days in the Church of Santa Teresa in Caracas citizens booed opposition leader Maria Carina Machado (María Corina Machado), but none of the media in Spain weren’t told about it.

And if about this and was told, as an example of the intolerance of the supporters of the government, unlike abandoned in a Maduro egg, which symbolized the people’s anger.

And the latest example of double standards is the title of the article about the ceremony of burning Judas, who annually completes the Easter week in several countries of Latin America. In Venezuela the opposition “appointed” by Judas Nicolas Maduro and government supporters, Lilian tintori seaside (Lilian Tintori), the spouse of the prisoner Leopoldo lópez (Leopoldo López). The title, of course, applies only to the first: “Maduro, one of the protagonists of the “burning of Judas” in Venezuela.”

So, when we will again be watching the news about the demonstrations, violently dispersed by the police in Venezuela (planned for today), let’s not forget that what we are told is not quite true. Or not the whole truth. 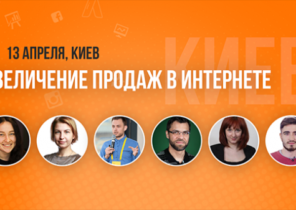