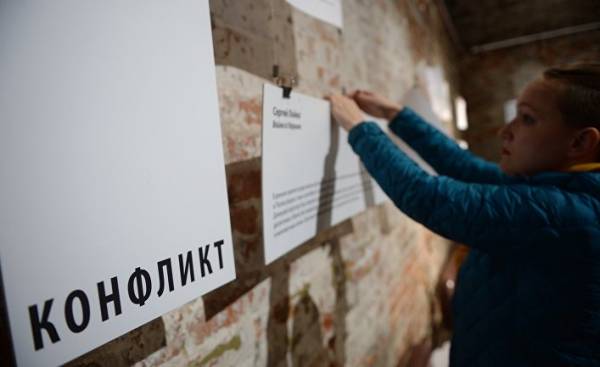 There is nothing that outraged Western opinion about Russia as her foreign agents law. Adopted in July 2012, this law requires all non-profit organizations (NPOs) engaged in “political activity” (which is not given a clear definition), to register with the Ministry of justice as NGOs “performing the functions of a foreign agent”. In 2015 we adopted a new measure — the law on ‘ undesirable organizations. All these NGOs are now publicly identify themselves as “foreign agents.”

The choice of words is unusual and significant. After all, what is “functions of a foreign agent” in ordinary language, as not serving the interests of foreign powers? Russian law, essentially prohibits state-independent NGO to conduct any activities in the country. It is obvious that such a stigma deprives them of access to Russian financing, thanks to which they could withdraw from the registry of the Ministry of justice. They are not just foreign — they are secret agents and traitors!

Some organizations have voluntarily decided to eliminated, others have been closed for failure to comply with the law, others went into exile. Among the notable victims of the Sakharov centre, a human rights centre “memorial”, Moscow school of civic education. European University at St. Petersburg, repulsed by previous attempts to impose the stigma of a “foreign agent”, will now be closed for minor technical violations — is a favorite tactic of bureaucrats.

Vendetta against independent groups with foreign links doesn’t bring Russia any good and harms its international reputation. It is possible to try to understand, considering the situation from three different perspectives.

First, the law in 2012 was a direct response to mass public demonstrations, which began a year earlier in Moscow, St. Petersburg and other Russian cities in protest against the decision of Vladimir Putin to run for a third presidential term, and then his election and inauguration. In a single campaign speech, delivered on 23 February 2012, Putin reminded of the victory of Russia over Napoleon in 1812, warned against foreign interference in the internal Affairs of the country. It was an obvious reference to the Ukrainian Orange revolution of 2004, allegedly organized and paid by the CIA; it deprived the government of Viktor Yanukovych – Moscow candidate in presidents of Ukraine. And the law 2015 was adopted after the uprising on the Maidan in Kiev, which occurred a year earlier, and overthrew Yanukovych again.

The fear of disintegration of the Russian state, a legacy of the Empire, never leaves the thoughts of the rulers of the country. And this is the main barrier to the development of democratic politics.

This heritage associated with the dark world “facade,” the front organizations. This is the real “foreign agents” on the form is independent and not employed decent, but secretly controlled from abroad. The Russians are perfectly familiar, because the Soviet Union created them as the secret instruments of its foreign policy. Such organization externally, could represent a collection of respectable (and often unsuspecting) scientists, figures of culture and sport; but in the “rear” she was controlled by the KGB. The results of these organizations was loyal, or at least not critical in relation to the USSR.

The CIA answered the same. “The Congress for cultural freedom”, founded in 1950, was one of many such “fronts” (or “fronts”), he has funded well-known literary and political journals, such as Encounter in Britain, and helped to intellectuals, dissidents behind the iron curtain.

How much these front organizations are in reality affected by events, it is difficult to understand. Those who believe in conspiracy theories, I consider them a vital part of the secret history of the cold war. And these days the print and electronic media are creating a new dimension for such projects. Having quite a vivid imagination, you can see the long hand of Putin in the appointment of George Osborne editor of the London newspaper Evening Standard, owned by Russian oligarch Alexander Lebedev.

However, the suspicious attitude towards everything foreign in Russia has deeper roots. Anyone who tries to learn Russian language, soon encounters his incredible Amnesty. The cultural genome (DNA) of Russian was formed in the village environment where the General was and property, and life. (By the way, Soviet communism, despite all its imported components from the West, rooted in the traditional idea of collective ownership). The relationship was determined not by law, but informal concepts and a clear distinction between those who are inside and outside of a single mentality. As explained in 2015, the film Director Andrei Konchalovsky, being a traditionally closed society, Russians love or hate; they don’t respect.

Westernization begun by Peter the Great in the eighteenth century, was forced to push — grafting, not by planting. Without Peter, says he, would not be Pushkin, Tchaikovsky or Tolstoy, instead it would only Pimen, Theophanes the Greek and Andrei Rublev. But this push has not moved the gravitational center of Russian civilization, which remained collectivist and Slavophile, not individualistic, and Western. The West gave Russia dissidents and missiles, but not its meaning. Putin is very well aware of that. In his speeches sometimes slips prison slang, prison is the epitome of a closed society.

We can hardly expect the repeal of the law on foreign agents. But Russia could go to her nothing standing concession, limiting the registration as “foreign agents” only those NGOs that receive more than 50% of funding from non-Russian sources. This would open access to domestic financing and, thereby, to enable these organizations to work in Russia. The West, in turn, could offer nothing standing him the assignment — for example, to exclude the Russians from the list of those banned to travel to Europe or the United States. Global peace and prosperity depend on the stability of relations between the West and Russia. Is it really so much to ask about such small steps in reducing the degree of paranoia?