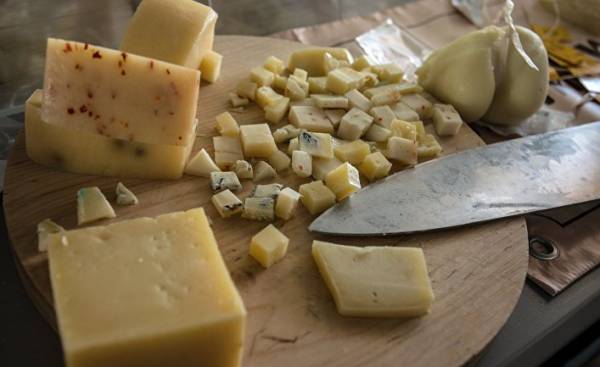 In mid-March, two former political opponent really close. Matthias Platzeck (Matthias Platzeck) and Edmund Stoiber (Edmund Stoiber) has urged at the annual conference of the German-Russian forum to the gradual abolition of sanctions against Russia. Member of the SPD noticed that I never thought that someday he can be so United with the former head of the CSU Stoiber.

To lift the sanctions — easy to say. But there are reasons why it is so difficult to do. A few weeks ago I met up with Alexander Hug (Alexander Hug), Deputy head of the OSCE mission in Ukraine. When you listen to it, you realize that obstacles are not in the EU or Washington, and the participants of the war.

Shortly before the meeting with Alexander Hug in Eastern Ukraine once again experienced a restless night. Within 24 hours, the OSCE mission has recorded over two thousand explosions of the so-called line of contact — the front line between the armed Russian separatists and Ukrainian government forces. “Unfortunately, it is a common thing, — said Alexander hug. But it’s not normal”.

Diplomats call the current situation in Eastern Ukraine “truce”. The truce consists of rocket-propelled grenades, 82 mm mortar grenades, small arms, heavy machine guns, artillery, rocket launchers “Grad” and “Point” directly on the front line. According to the Minsk agreements such weapons for a long time should be allocated far from the contact line.

The trenches in the First world war

However, the implementation of the Minsk agreements has stalled. The mediators from the OSCE, Germany and France at each meeting with Ukrainians, Russians and separatists start from scratch and talk about a truce. This is largely due to the fact that the Minsk agreement is the world of winners, which Ukraine was forced to sign in 2015, not to concede even more territory to the separatists, armed to the teeth by Russia. So first you want to allow all unpleasant for Kiev issues, such as the law on holding special elections and elections in the areas controlled by the separatists. Only at the very end of Kiev returned to itself the control over the border with Russia, the border through which the supply of the separatists. Whether this will happen ever, also depends on the long truce.

Alexander hug has a clear vision of how this could be achieved. Heavy weapons must be withdrawn behind the line of confrontation, under the supervision of the OSCE and with the exact types of weapons and places the new deployment. Belligerents must move several kilometers from each other and not watch each other on the line of contact. “All this for a long time have agreed, says hug, you only need to adhere to them.” But in reality both sides for a long conflict. Behind the front line separatists and Ukrainian government troops has built deep trenches with wood, metal and concrete. “As in the First world war” during a grueling fighting in France, says hug.

Have long Russian, their assistants in the East of Ukraine and the Ukrainians are set to a stalemate with heavy losses. This has implications for sanctions policy. Kiev does not want to allow the separatists to hold elections, in the long term win in Eastern Ukraine. In view of the enormous damage to the Ukrainian economy and society, the government is not interested to help the Russians in the cancellation of the EU sanctions. On the other hand, for the Russian government it is more important to force Ukraine to gradually bleed out as a result of open conflict, than to finally get rid of sanctions by concessions. Russia is weakened and other neighbors as a result of deliberate schisms: Georgia and Moldova.

In addition, sanctions have for the Moscow government and certain advantages. As a result of retaliatory sanctions against food products from the EU, Russia got rid of unwanted competition, for example, from the Bavarian dairy products. Russian manufacturers now sell all foods, regardless of what flavor is cheese. They want to keep protectionism, will be cancelled even if Western sanctions.

Edmund Stoiber and Matthias Platzeck say that sanctions hurt everyone. It is a Western way of thinking. In the East, unfortunately, is sometimes more important to hurt the neighbor, no matter what it cost himself. And if people accustomed to damage, then it just live.