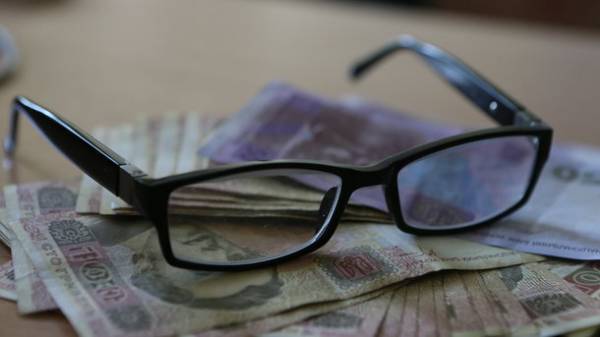 The majority of Ukrainians believe that money gives them freedom and a sense of security — evidenced by opinion polls. So, a group “Rating” conducted a study: within a week interviewed 2 thousand respondents aged 18 years from all corners of the country. “Today” has learned how people related to material wealth and what systems feel (see infographic).

As has shown poll, the perception of money is directly dependent on the region of residence of the person. “The idea that money is status and power, more than any other support in the East. While residents of the South and center more impressed by the idea that money need to control and save. Interesting, but in the West less likely to believe that money gives freedom and a sense of security,” the authors of the study. Psychologists explain this by the fact that the Eastern regions have traditionally been the richest, and money — a key measure of success. “But in the Central regions of active economic processes increased awareness of financial activities — need to rent an apartment, to pay for loans, insurance and more. Because then people are more inclined to control and savings,” says psychologist Lilia Voronin.

In addition, studies show young people are three times more often shared the view that money is the image and esteem. But pensioners are twice as likely to perceive money as evil. “Women, compared to men, are more inclined to the opinion that the money to save and control you,” say sociologists. Psychologists attribute this to the fact that women are traditionally involved in the control of the families finances. “As for age categories, the results of the survey show that young people are more objective perception of reality. While the elderly are more sensitive to the political scandals that outraged by social inequality and cut off from the cash flows — so the money for them, associated with aggression,” says Voronin.

Meanwhile, 12% of Ukrainians believe that the rich have to be ashamed, but that shame to be poor, believe 31% of respondents. While most ashamed of their poverty, the inhabitants of the Eastern regions. “There is the imprint of causing a military conflict in the Donbas. Wages have always been higher than the country average, and pension too. Now, in terms of war is especially hard to put up with hardship, — said the psychologist. — But the wealth of the people to be ashamed of mainly because now the society is all pissed off, there is a growing gap between rich and poor. And the man does not want to publicly shout about their big income”.

Interestingly, half of respondents (52%) agreed that rich people can be successful and effective politicians. “In the East and the West, more of those who believe that rich people can be politicians. The younger the respondents, the higher their level of education and income, the more they are inclined to share this statement,” — said in the “Ranking”. Psychologists explain this by the fact that young people think that people who could earn money for themselves, to be an effective Manager for the country. 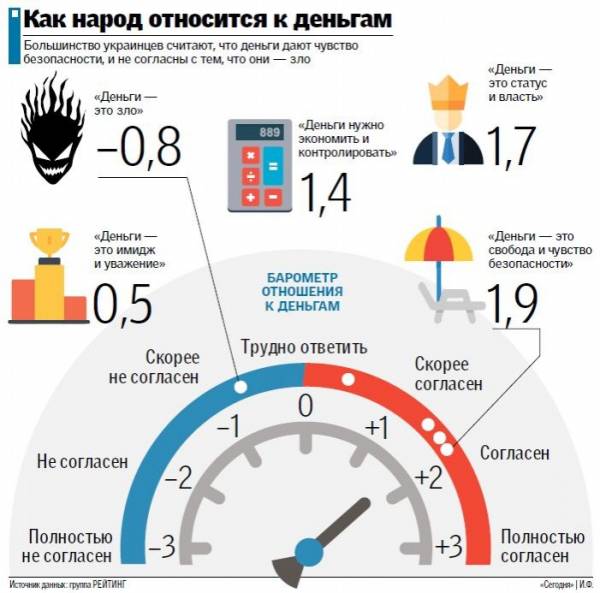 Half of Ukrainians do not have enough money

According to the study, 40% of respondents would like that others thought of them rich people, and about the same number (41%) — on the contrary, against the deception. They take much more work to get ready dopdohodov only half the respondents — 56%. “These people most were in the West, and less in the Eastern regions — the authors of the study. — At the same time, the younger the respondents and the higher their level of income, the more of them the willingness to work overtime. In the gender issue here is the lead man”.

Meanwhile, more than half of Ukrainians (56%) firmly believe in what they don’t want their wages, 27% say that money probably is not enough, than enough, and only 14% were fully satisfied with his income. “In the West a little more and more people who earned enough money in comparison with other regions,” say the authors of the survey. Psychologists explain this by the fact that the people of Western Ukraine is less fixated on material things.