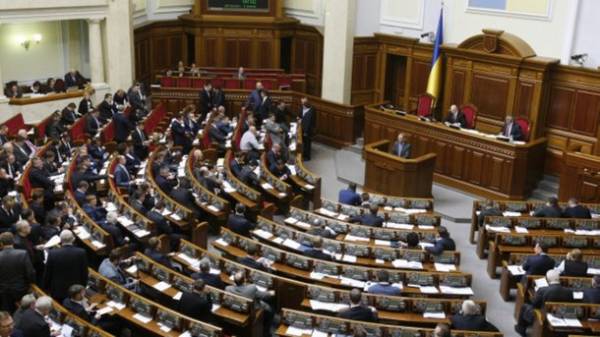 The Verkhovna Rada of Ukraine may adopt the draft pension reform in the first reading next plenary week. This was announced today after a meeting of the faction “block of Petro Poroshenko” – said the first Deputy head of the faction Igor Kononenko, RBC-Ukraine online reports.

“There are chances that the next plenary week, we will be able pension reform to adopt in the first reading”, – said Kononenko.

According to him, Prime Minister Vladimir Groisman promised to personally present the draft pension reform at a meeting of BPP fraction.

“After that we will decide”, – said Kononenko. Note that the next plenary week will take place 11-14 July.

We will remind, earlier it was reported that the draft pension reform can register in Parliament on Wednesday after approval by the Cabinet of Ministers of Ukraine. “When we see the bill, we will talk. There is an opinion that, perhaps, it will happen on Wednesday, the Cabinet will approve the bill, but it is not” – said the people’s Deputy Alexey Goncharenko.

Earlier it was reported that the minimum pension want to increase to 1373 UAH not since December, and from 1 October this year with the abolition of the taxation of pensions to working pensioners.