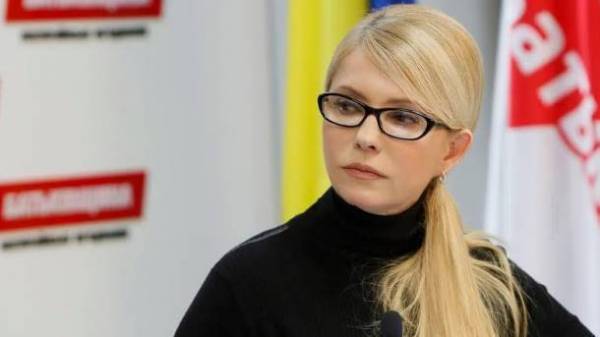 The leader of “Batkivshchyna” Yulia Tymoshenko believes the initiative of people’s Deputy of Hope Savchenko to waive parliamentary immunity is a PR move, since by law it can’t be done. She stated this on the sidelines of the Parliament, reports Еспресо.TV.

“Unfortunately, this is not possible (self-removal of inviolability from deputies. – Ed.) does not exist yet. This is purely a PR campaign”, – said Tymoshenko

She also added that insists vote for the amendments to the Constitution for the removal of immunity of people’s deputies.

As reported today Hope Savchenko said that refuses parliamentary immunity and encouraged to follow her example of people’s deputies, judges and the President.

Earlier people’s Deputy from BPP Alexey Goncharenko does not see prospects for voting for the bill on the lifting of parliamentary immunity, as in the session hall does not reach 300 votes.