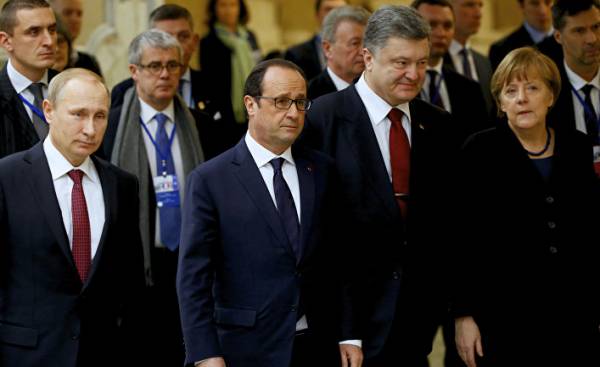 The war in the Donbass and the main format of negotiations in Minsk have long stalled. To resolve this situation, many are trying, but in Ukraine there are a number of Pro-Russian politicians and initiatives that strive to change the balance of power.

It’s clear that the main problem of the Minsk agreements — this is declarative of the intentions and actual failure to perform the promise. For example, the parties undertook to do all the heavy weapons from the demarcation line, but at each collision, say, the latest January events in Avdiivka, used tanks and multiple rocket launchers.

And while European politicians have not once argued that there are no alternatives “Minsk”, recent events show that there are at least several options for the future of Donbass. At least on the political stage were a few people who are promoting new formats of settlement of the conflict in Donbas.

One of these ascetics was not known to the General public the people’s Deputy Andriy Artemenko from the “Radical party” Oleg Lyashko. In Ukraine erupted serious scandal in February of this year. As it turned out, Artemenko told the newspaper The New York Times that he passed at the time the adviser of the President of Donald trump, Michael Flynn plan to resolve the situation in Ukraine.

Another contender for a new format of relations between the unrecognized republics LDNR was the ex-inmate of a Russian prison, now a Ukrainian MP Nadezhda Savchenko. She often offers different ways to communicate with the separatist leaders, the processes involved in finding within the jurisdiction of Minsk, for example, for the exchange of prisoners.

Finally about the third way to destroy “the Minsk” started talking in early March. Then came the first news of the so-called “nationalization” of enterprises under Ukrainian jurisdiction. This applies mainly to steel mills and coal mines. Besides, for the first time since the beginning of the conflict the separatist authorities entered the Donbass arena, a large soccer complex, owned by Ukrainian billionaire Rinat Akhmetov. It was in his ownership is a large part of the assets that the self-proclaimed authorities want to take under the wording “transfer under external control” and, therefore, the process of reintegration of Donbass can be forgotten for years to come. Accordingly, the Minsk agreements make little sense.

19 February 2016 about the little-known people’s Deputy Artemenko talking about all Ukrainian mass media, experts and users of Facebook. When the American edition was published an article in which Artemenko claimed to have written plan to resolve the conflict in the Donbas and withdrawal of Crimea. According to American journalists, the initiative was handed Flynn shortly before his resignation. As you know, the last accused in the illegal negotiations with Russian diplomats on the lifting of sanctions.

Later Artemenko already changed version, saying he spoke with Michael Cohen, a personal lawyer trump and Felix Sterom, an American businessman of Russian origin, a former adviser to trump. Ukrainian Deputy immediately expelled from the faction of the Radical party and Lyashko was subjected to criticism. However, the plan Artemenko began to move in different Ukrainian media, for the most part with the Pro-Russian accent.

The return of Donbas to Ukraine, according to Artemenko, should be so is Amnesty for all, except those who have committed heinous crimes. The border is transferred to Ukraine, but is given a 72 hours free corridor to the exit those who do not want to live in the country. Then held a national referendum on granting the special status of Donbass. Creates a Fund for the revival of Donbass. From the Russian Federation to the Fund are payments that she pays for the lease of the Crimea. After the execution of the plan, the sanctions against the Kremlin removed, and relations with the West are restored.

In fact, the plan Artemenko — is the legalization of the Crimea under Russian jurisdiction due to return to the Ukrainian side Donbass. Moreover, all the basic parameters are the total Subversion of those of the Minsk agreements. For instance, about control over the border. But not a single word in the plan does not say about the Russian military, Russian equipment and other support provided by Russia to the Donbass separatists. The target audience for the text Artemenko, of course, the Western politicians, who see the ineffectiveness of “Minsk” and are inclined to the idea of compromise. Concession after concession. There is no doubt that this compromise plan will slip in the media or from the lips of European and American political figures.

At the same time, the field of the peaceful resolution of the conflict is valid and Savchenko. In late February, she, along with the famous negotiator Vladimir Ruban visited the DPR. Her trip was resonant at the two sides of the front. So, one of her stated goals was to visit the Ukrainian prisoners of war that are in non-government controlled parts. In addition, she found time to publish lists of such prisoners, which caused a negative reaction from the SBU.

It should be noted that the format of the Minsk relations involves all the work on the exchange of prisoners, detection and search per se, but Savchenko not only that, substitute one of the main functions of the Minsk agreements, but also trying to build a new type of relationship: the unrecognized republics and Ukraine. Its direct talks with the heads of LDNR Alexander Zakharchenko and Igor Plotnitsky, the visit to the occupied part of Ukraine, suspected of ties with Viktor Medvedchuk, the godfather of Russian President Vladimir Putin, said that her role is creating new bridges between the warring parties.

In conversation with the author of this article Savchenko said that it is ready to communicate with any person of “republics”, because that will convince him. Nuance mission Savchenko in that it has sharply escalated the rhetoric against the Ukrainian government and President Petro Poroshenko. For example, she called him “an enemy of the people”. In fact, the former prisoner of a Russian prison now plays in the Ukrainian political arena the role of a third force. Like, if the government does nothing, it means that Savchenko will be replacing all inefficient protocols of Minsk. Or, when the situation will come to a complete standstill, it can position yourself as someone who has experience with the separatists, developments on the release of prisoners, implementation of the presumption of innocence in relation to the leaders of the LDNR.

Savchenko, who is rapidly losing popularity among Ukrainians, persistently continues to parallel the Minsk activity.

The third scenario in the last days were quite real. The “nationalization” of Ukrainian enterprises separatistami authorities means a complete rejection of the Minsk relations, because according to the last return of these territories to Ukraine, a violent change of ownership of the Ukrainian factories and mines actually puts an end to the reintegration of the regions not controlled by Kiev. The formal reason for talking about “nationalization” was the so-called blockade of the actions of Ukrainian politicians, barring a trade between Kiev and the unrecognized republics. Although it is actually about how to change the registration of the Ukrainian enterprises in Donetsk and Luhansk, say for a couple of years. Yes, and the response in the form of “nationalization” asymmetrically serious.

If the blockage is quite a temporary measure, the “external management” of enterprises is done for a very long time. LDNR are about 30 industrial plants. Mostly metallurgy and mine, which may be a piece of cake for transferred property. For example, the enterprise Foundation rovenkyanthracite and Sverdlovanthracite, company mining and metallurgical group Metinvest: Enakievsky steel plant, Khartsyzsk tube plant, the Union “Krasnodonugol”, producing coking coal, and so on. According to the adviser head of the SBU Yury Tandit, these companies paid last year $ 1.1 billion in taxes to the Ukrainian budget. For comparison, the annual budget is $ 1.4 billion.

Now LDNR stopped some smelters and mines, partly due to the blockade and lack of natural resources, supplied from the territory subordinated to Kiev, partly in connection with the transitional process of “nationalization”. Of course, for the Ukrainian economy such a development will not have a positive impact. Metallurgists on the uncontrolled territories work according to Ukrainian legislation, which includes mandatory sale of foreign currency on the foreign exchange market.

Producing products there, they sell foreign currency in Ukraine than contribute to the stabilization of the hryvnia. By the way, two of the largest metallurgical plant Alchevsk metallurgical plant and yenakiieve iron and steel works, accounts for 15% of the total steel production in the country. It is unclear how these would be “nationalization” and what specifically the company will be put on the list, who will own these companies, but SBU published an audio recording of the conversation Zakharchenko with the Russian curator, which refers to the fact that the former Ukrainian oligarch Sergey Kurchenko claim to a significant portion of metallurgical plants. And on the LC website published the order about introduction of external management in Ukrainian enterprises.

The role of the new owner specified is not known to anyone, ZAO “Vneshtorgservis”, registered in Lugansk. Whatever it was, it is clear that the Minsk agreements, this move deals a crushing blow. The news about the change of ownership of industrial facilities coincided with the recent official recognition of the Kremlin’s so-called passports LDNR and can be a link of one logic circuit. In the future it is possible that official Moscow recognize the DNI and LC as independent republics. By and large, this scenario means an irreversible transition in the Transnistrian with several caveats. First — there will be enterprises with Ukrainian residence permit, in contrast to the situation with Moldova and Transnistria.

Second — worked fine metallurgy, it is necessary to introduce new schemes for the supply of natural resources. The only available nearest port is located in Mariupol, so it is necessary to create complex logistics routes, which can significantly raise the price of products. Finally, the last — without legal residence in other countries no metallurgical and coal company, working for export, can not exist. So, again, it is a sophisticated scheme owners and legal addresses.

In any case, this year, most likely, will happen a tectonic shift in the politics of Ukraine and Russia, the EU and the USA in relation to the unrecognized republics. If in the future Minsk will remain inefficient, the adoption of one of the above options (or combination of factors) tired of the problems of the Donbass by the West, came to a standstill by the Kremlin and Kiev, which wants to move from a dead point, it is very likely. But the reverberations of this decision will be heard for decades to come. 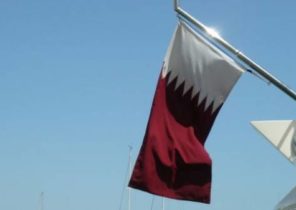