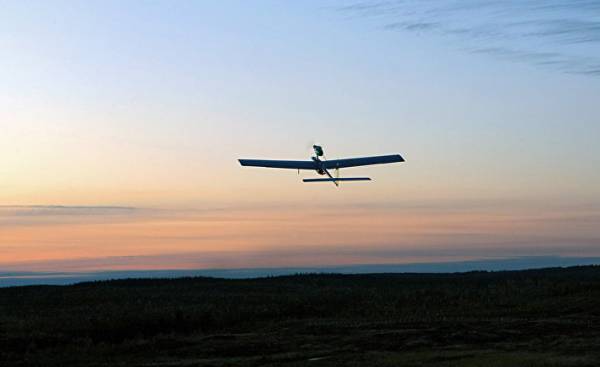 Elm leaves turn yellow early, and dusk over the ancient battlefield of the rushing clouds. As the situation in Syria is more complicated, and to fight join a variety of forces, the Syrian theater of military operations from a simple military confrontation turned into a testing ground for new weapons and new methods of warfare.

Unmanned combat platforms, particularly unmanned aerial vehicles (UAVs) are undoubtedly an important future development direction high-tech military equipment. So what exactly is the real battle and of experimental practice used in Syria, Russian military about drones and what are the specifics of these actions? How are things going with the trend of the future development of the UAV of the Russian army?

Since 2012, Russia increased its investments in research and development of drone technology. Currently, the total number of Russian military drones exceeded two thousand cars, and they participated in almost all military exercises of the Russian army. According to foreign media reports, since the beginning of the antiterrorist operation in Syria, Russian drones have carried out more than 23 thousand flights with a total duration of about 140 thousand hours. In addition, UAVs can conduct round the clock monitoring of ground theater of operations, and coverage covers almost the whole territory of Syria.

The Russian army has created groups of unmanned aerial vehicles in the composition of the aviation group of the Russian VKS Hamim at the airbase and naval base of Tartus to the Russian Navy, as well as a battle group UAV in the Russian army. In total in Syria, there are about 80 Russian unmanned aerial vehicles, including models such as the “Tachyon”, “Granat-4”, “Ptero”, “Eleron-33СВ”, “Orlan-10” and “Outpost”. In addition, there was battle testing of new models of drones.

Most of the Russian military with armed drones, stationed in Syria, are small drones, and their main burden is to transport electronic equipment to relay communications, reconnaissance and monitoring, jamming and other problems, providing a support function on the battlefield.

September 30, 2015, the Russian army launched air strikes on extremist forces of the Islamic state (a terrorist organization banned in Russia — approx. ed.) in Syria. Before the military operation, the Russian army had previously deployed about ten drones “Orlan-10”. Multifunctional thanks to the support drones, the Russian military has completed the reconnaissance and monitoring, guidance on goals and other tasks, and were also able to evaluate the effectiveness of air attack and increase the experience of tactical interaction between manned aircraft and drones.

October 10, 2015 the Ministry of defence of Russia showed the media video taken by the UAV of the Russian army during the bombardment of terrorist targets. This video showed that the Russian army could use drones to remove the damage from air strikes to evaluate the results.

In addition, thanks to the advantage in gathering information, the Russian military drones also carried out search and rescue operations. 24 November 2015, the Turkish air force shot down a Russian su-24. Russian UAV “Orlan-10” first discovered the location of the pilot, and provided precise direction subsequent rescue group ensured the successful promotion of the search and rescue operation.

The above example is a typical use of Russian military drones on the Syrian battlefield, that is, the use of UAVs for reconnaissance and communication challenges, adjustment and the direction of fire of his troops, and in addition, to evaluate the effectiveness of air strikes. We can say that drones have become an important component of the monitoring and control of the Russian army, an important node of the system of military operations, which performs the important task of support for military action.

In this respect, the most attracted the attention of the UAV “Orion” and the designed UAV “Hunter”.

The drone Orion has a length of 8 meters, wingspan of 16 meters, a takeoff weight of 1 ton and has a payload of 200 kilograms. This glider features a normal aerodynamic scheme has an elongated mid-wing and tail are V-shaped, equipped with a piston engine. His battle usage is similar of the American drone MQ-1 “Predator”.

According to foreign media reports, medium-altitude UAV long duration flight “Orion”, developed by the Russian group “Kronstadt”, was combat tested in Syria and began to perform experimental combat missions in the air force of Russia.

Currently, the Russian defense Ministry has already signed the act of acceptance of the first unmanned “Orion”. Russian experts on the UAV claim that the adoption of this type of drones into service is a long-awaited and very important event for the Russian army because the Russian army did not have such a heavy drone.

The project of the UAV “Hunter” appeared in 2011. For engineering said the company “Sukhoi”. The weight of this model is 20 tons, the maximum flight speed of 1000 kilometers per hour and a bomb load up to 8 tons. The design of the wing used stealth technology and uses a modular fashion, similar to that used in the UAV X-47B, being developed in the USA.

20 July 2018 the Russian news Agency TASS citing a source in the Russian defense industry said that the drone will be the prototype aircraft of the sixth generation, which will be able to carry out Autonomous unmanned missions. 27 Sep 2019 Russian TV channel “Zvezda” released a video of the joint flight tests of a “Hunter” and su-57.

UAV “Hunter” is of great importance for the Russian army. This type of UAV will have a very high level of Autonomous control, can independently carry out combat missions and to unite with the su-57 in single combat system, exchanging information via a common communication channel. Performing the function of the “faithful partner” in the system “pilot drone”, it interacts with manned systems to enhance the combat effectiveness, to the extent that it can even be equipped with AI system, than creates a gap between generations of aircraft. In this regard, the Russian operational concept much ahead of its time.

In the creation of the Russian system of drones, there are still gaps

In the Soviet period, Tupolev design Bureau has consistently developed the Tu-123, Tu-139 and Tu-141 and other advanced drones, which allowed the Soviet army to create a powerful UAS division. However, the collapse of the Soviet Union and the beginning of the gap in the field of electronic technology has led to the fact that the new Russian army also began to lag behind in the technology block of the UAV. Although in recent years the Russian drones have made some progress on the battlefield in Syria, and a large number of advanced equipment was put into operation, but there is still a gap between Russian drones and UAVs in other countries.

Currently, with the growth attributed to drones values in the Russian army, the situation of technological backwardness of the Russian UAV is gradually changing. However, due to the fact that high technology, such as creating circuits and electronic devices, has always been a weak point of Russian developments, and the requirements for Autonomous control of UAVs and intelligent technologies are very high, this led to the fact that the Russian army has no high-performance UAVs. It can only improve the tactics or substitute in the military operations of drones on the su-25, su-24, su-34 and other aircraft to alleviate pressure. This is also the reason why the Russian military drones are mostly used to support the battlefield, but not for the strikes on the ground. In addition, the Russian army lacks large high-altitude drones long duration flight and shock-reconnaissance UAV, and the existing combat systems of the drones is not enough, so there are still some shortcomings in the real power of drones.

Although the drone Orion passed ten years of research and development, and the Russian army also has high hopes for the model a UAV, however, it is only a starting point for the Russian army. He still has a lot of disadvantages. For example, the UAV “Hunter” to the present time not equipped with the appropriate precision controlled weapons and can only use unguided bombs and rockets. Although he is also somewhat capable of melee attacks, but its combat effectiveness will be greatly reduced. From the point of view of ability to Informatization of processes of warfare he also has obvious flaws. In addition, the combat load of this model of UAV is too small: it is possible to install only four missiles that in comparison with the American UAV “Predator” shows its limited combat capability.

We can say, despite the fact that the Russian unit of unmanned aerial vehicles is a kind of troops of Russia, which is the center of attention and attracts many media, but in creating his system there are still gaps, mainly reflected in two aspects: the combat capabilities and missions of the UAV. So, this topic is worth further analysis. 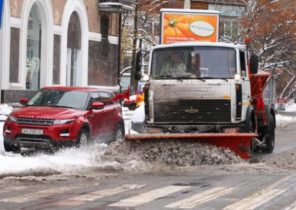 Weather: it rains and the thaw