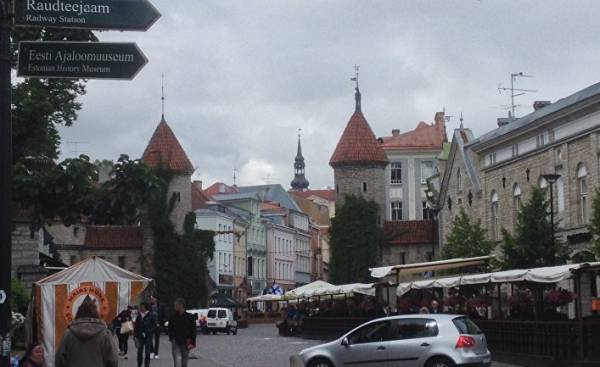 Die Zeit: Mr. Minister, how would you describe your country, your neighbor Russia?

Sven Mikser: We consider Russia as a country seeking to restore its former hegemony in the territories that were previously part of the Russian Empire or in its sphere of influence. In the past decade, the Kremlin regime unleashed in Ukraine and Georgia, two wars, and that’s saying something. However, I do not think that Vladimir Putin wakes up every morning thinking about how to conquer Estonia. But with regard to relations with Western Europe and NATO, it considers security as a zero-sum game.

— He believes that from a geopolitical point of view, is good for the West is, by definition, cannot be good for Russia. Where Putin sees the lack of unity of the West, or his doubts, he sees a chance to fill emerging there is a “vacuum of power” themselves, and does not miss such chances. Putin is a rational player. From our point of view, it is very important that countries in the Euro-Atlantic space opposed his policy of expansion together and clearly demonstrated our own position. This is the best way to discourage it.

Is that why you insist on the stay of NATO troops in the Baltic States?

— The NATO will give a clear signal: we are ready if necessary to defend our allies. The number of NATO troops are very modest in comparison with the number of troops of Russia on the opposite side of the border.

— In your opinion, too modest?

— No, it is sufficient to send a political signal that the Alliance is United and Putin should avoid provocations. However, the Russians sometimes complain that NATO closer to their borders and threatens them. However, if you count the number of NATO troops and their weapons, it is clear that NATO does not threaten Russia.

— Expansion of NATO to the East is a “red line” for Russians, and there’s nothing you can do about it. What do you think about this?

— NATO is a purely defensive unit, which has absolutely no ambitions for Russia. Russia sees the neighboring country as their natural sphere of influence and their own interests. We believe that each country has the right to make decisions about their geopolitical orientation, including Russia. She can decide what she wants, but only relative to itself, but not with respect to Ukraine, Georgia or Baltic States.

— That is, Ukraine also needs to obtain an invitation to NATO?

Almost ten years ago at the summit in Bucharest was commanded regarding the “green light” for Georgia and Ukraine, if these countries are ready to join the Alliance. We believe that every country can make decisions for themselves. Why not allow them to join NATO if they meet all the criteria? And these criteria are very strict.

In Georgia and Ukraine were war. Isn’t this Russia’s attempt to make sure that they never have been able to meet the criteria for joining NATO, because the situation on their borders.

— Putin seeks to restore the former Empire. He considers such a thing as magnanimity quite differently than the West does: it evaluates everything from the point of view of military strength and magnitude of the territory under Moscow’s control. There is no doubt that he considers Ukraine, and possibly Georgia as a territory, which he can’t afford to lose. When we were still only candidates for accession to the EU and NATO, we surprisingly had to admit that the Russian side considered it a kind of game between Moscow and Washington.

She was absolutely nothing to do with the fact that we have our own opinion and their own desires. The Russian seemed obvious that the Americans will try to win us to their camp. But this was not the case! We were not recruited and is not waiting for us with open arms. We still had to prove that we are worthy to become members of NATO and the EU. The same thing is happening now: Russia does not consider Ukraine and Georgia as independent States. This is unacceptable is a matter of principle.

— The Baltic States, Russia also considers its sphere of influence?

Russians understand that we are now full members of the EU and NATO, and against us, the effect of article 5 of the NATO Treaty. To a certain extent they admit it. But this does not mean that they are not trying to interfere in our politics and give us the “hybrid effect”. Not to say that Russians are obsessed with the idea to dominate the Baltic States, but at our borders, Russia is very closely connected with NATO. She has a definite advantage in terms of regional conventional arms. She can independently make decisions and then implement them. And that she has not had any temptations to some unwise actions, we must remain vigilant. We need to show the Russian government that he should not even try to try your luck.

— What do you feel you mentioned “hybrid effect”?

— The West only now began to understand that Russia is trying to influence free elections. This year, in many European countries the elections are coming and we are increasingly seeing manifestations of propaganda. Attempts to influence the outcome of elections, as it was in the United States, as well as political discourse.

— Do you have proof?

— In the USA just conducted an investigation of hacker attacks on the campaign headquarters of the Democratic party, and the circumstances of the publication of stolen data for the purpose of influencing the outcome of the vote. Some us politicians and security officers have evidence of Russia’s involvement in this process. This year, there will be some important elections in Europe. French politicians fear that Russia will deploy false information campaign to support her candidate.

In Central and Eastern Europe, she’s been doing it for a long time. We have become accustomed to this “hybrid effects” and are able not to pay attention to him. So now some Western countries in this respect are in particular danger because they do not have the experience to handle the pressure.

— You just talked about how important it is for Europe to remain United. Aren’t you afraid that this unity was fragile enough?

— Not paying me, so I was afraid. Of course, there’s something that causes me concern. However, the Western world is United not only because of common interests, but also because of shared values. Sometimes this word is overly misused, but we are all interested in the fact that democracy and law survived in the future. We recently observed the referendum and elections, the results of which have an unpleasant surprise. But in a democratic society have to learn to accept such results.

— You were among those who demanded tougher anti-Russian sanctions. What, in your opinion, could it be tougher?

— Sanctions were imposed because Russia by military force, move borders in Europe and annexed Crimea and unleashed fighting in the East of Ukraine. And yet in this situation, nothing changes, sanctions should remain in force. But if Russia continues to refuse to fulfill its obligations, the international community should tighten sanctions. You can’t turn sanctions an element of the big “trade”, saying, “okay, we will cooperate with Russia on the Treaty on nuclear weapons and forget for the sake of the Ukraine and lift the sanctions”. This is unacceptable.

— It wants to be Donald trump.

Of course he wants to cooperate. But we’ve seen attempts to cooperate. George W. Bush looked deep into Putin’s eyes to see his soul, but he gave nothing. Hillary Clinton also tried to “reset” bilateral relations. Not to say that Americans lack the desire to cooperate with Russia. But for that, Russia needs to change. Now Russia, however, wants to change.