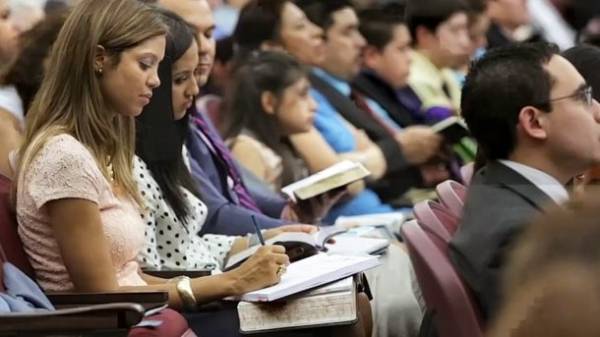 The Russian Ministry of justice suspended the activities of “administrative center of Jehovah’s Witnesses”. It is reported gazety.

An organization that represents the religion “Jehovah’s Witnesses”, made the list of public and religious associations whose activities in Russia are on hold due to their extremist activities.

On 5 April the Supreme court of the Russian Federation will consider the claim of the Ministry of justice on recognizing organizations as extremist and ban its activities on Russian territory.

The head of the Russian branch of the “Jehovah’s Witnesses” Vasily Kalin called the current trial is the most difficult time in my life 175 thousand followers of the Church.

“They are asking for capital punishment for all 396 of our organizations! Sole paragraph — believers to confiscate all their prayer houses and other property! If the DOJ gets its way, believers will face up to 10 years in prison!” — said the religious leader.

He also added that earlier the state declared them victims of political repressions in connection with the export for permanent residence in Siberia more than eight thousand parishioners of the Church “Jehovah’s Witnesses” in 1951.

“Jehovah’s witnesses” is not the first religious organization, the legitimacy of which it contested the Ministry of justice. 23 November 2015, the Moscow city court considered the claim of the Ministry on the elimination of the “Church of Scientology of Moscow” and declared the organization inconsistent with Federal legislation. Scientologists given six months to close. Followers of the Church attempted to appeal the verdict in the Supreme court, but he upheld the decision of Moscow city court.

Note, “Jehovah’s Witnesses” originated in the United States in the nineteenth century. Now in Russia there are 175 thousand followers of this Church.