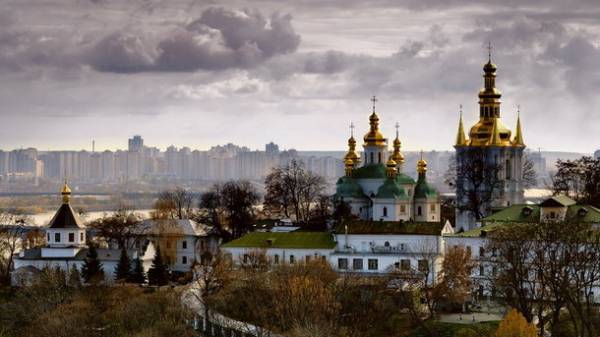 In Ukraine this week expected rainfall in the West of the country. The temperature of the air in the next few days will fluctuate in the range of 12-15 degrees above zero. On Saturday, March 25, Ukrainians waiting for a cold snap, with daytime temperatures throughout the country will fall to six degrees. The warm weather this week – 16-17 degrees is expected in the Transcarpathian region. The website “Today” found out what weather to expect Ukrainians.

On Tuesday, March 22, in the West of Ukraine is expected to rain. The temperature will fluctuate in the range of 12-15 degrees above zero. The warmest this day will be in the Transcarpathian region, the air can warm up to 17 degrees above zero. For the rest of the country, according to forecasts Ukrhidroenerho precipitation is not expected clear In the South – from 13 to 15 degrees in the afternoon, in the center and the capital from 14 to 16 degrees in the North and East of 12-14 degrees. 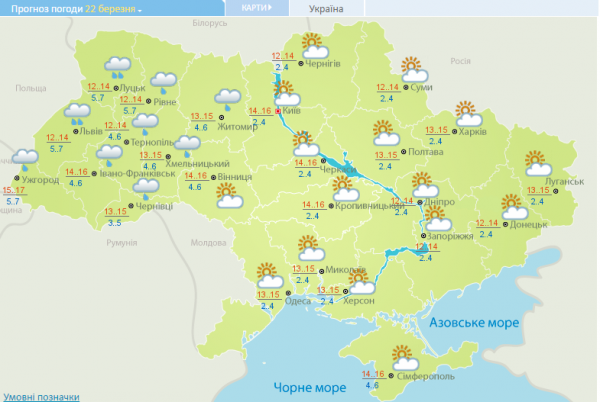 On 23 March, the rains will be in the West and North of Ukraine. In the Lviv region, the temperature in the afternoon will oscillate in the range of 12-14 degrees above zero, in Zakarpattia region – up to 17 degrees. The rest of the territory – from 14 to 15 degrees Celsius. 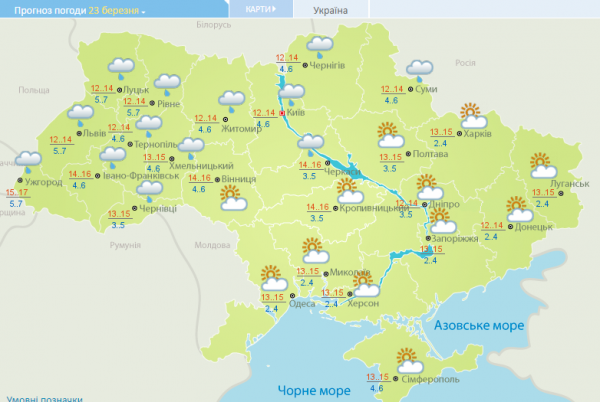 On Friday, March 24, rains will be in the West, the East, and also in the Sumy region, the rest of the – partly cloudy. In the Western regions is expected warming up to 18 degrees in the afternoon. Coldest this day in Kharkiv and Sumy regions – here the temperature will reach 11 degrees in the afternoon. In the centre and South – 14-16 degrees, on the North and East – from 12 to 15 degrees above zero. 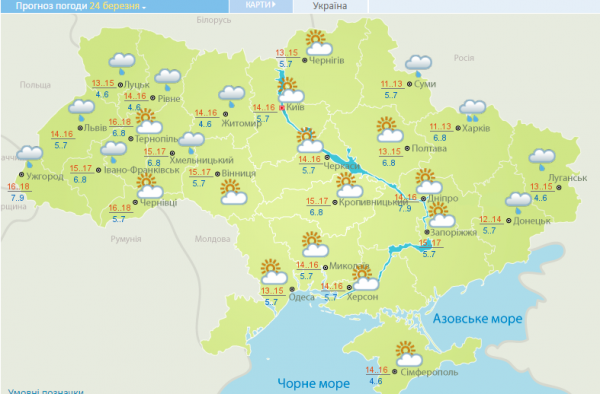 On March 21, informs a portal “Weatherman”, revered the memory of the monk Lazarus and Athanasius Murmansk. This is the day of the vernal equinox. Night and day have equal duration. In the Northern hemisphere spring and southern autumn. This date is considered as the astronomical day of the birth of spring. The periods of the equinox have strong winds and storms. If in this day of warm countries returns a lark, then you should wait for warm spring. If the clouds are high and the sky quickly, then the weather will be good, thought our ancestors.

March 22 marks the day of memory of 40 martyrs at Sebasteia lake. This is the second meeting of spring (first on carnival). According to popular belief, if a Wagtail arrived, the river in 12 days will reveal; the arrival of the lark predicted heat; Finch — cold.

March 23 marks the day of memory of Martyr Kondrat (quadratus). In the old days was saying that in this day of “fog eats snow”, that is, indicates the arrival of the heat. Fog also pointed to the warm mid-may, and the frost – on a rainy day on isaky of the Coil (12 June). Blue clouds running across the sky, predicted by the heat and the rain. And March 23 is the first in the new year in the afternoon.

24 Mar revered the memory of the Holy and all-wise Sophronius, Patriarch of Jerusalem. As you know, March is quite a cold month, so frosts and snowstorms, it is quite normal. The old man noticed that fluffy frost on this day portends good weather. “If this day leaving March blows cold, summer is warm.” At this time begins early SAP flow of birch.

25 Mar revered the memory of the monk Theophanes, Confessor Chigrinskogo and Gregory, Pope of Rome. In people, this day is called Theophanes, you push through the Crust because to this day actively melts the snow cover, soil thaws completely. From that day it is already possible to sow radishes. In the old days said: March 25, if the fog, it will be a great harvest flax and hemp.

March 26 marked the transfer of the relics of St. Nicephorus, Patriarch of Constantinople. In former times noticed: if March 26 is the fog, the summer will be rainy. Watched the arrival of the birds: while the first migratory birds arrive early riser, then to be warm, as if alive — will be cold weather.

It is difficult to visit the graves of the “Northern territories”