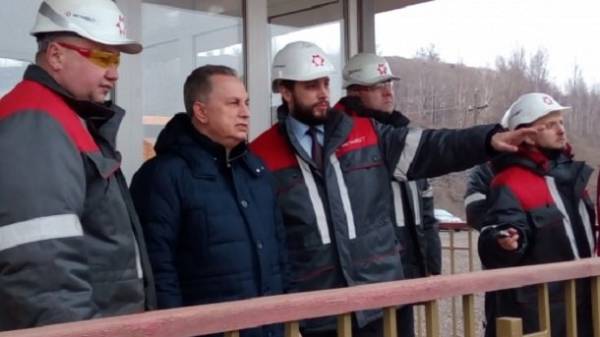 The country’s economic recovery is impossible without sustainable peace in the Donbas and out of the country for new foreign markets. This was stated by Prime Minister of the Opposition government Borys Kolesnikov during the communication with the staff and journalists at the Krivoy Rog GOK Tuesday, March 14, reports the press service of the Opposition bloc.

“Without peace, nothing will happen. There will be no peace – no result. Also it is necessary to restore external economic relations and to enter the markets of the BRICS. There lives 40% of the population. This is the most interesting market is the most intense. This is the path to economic success. You can trade with everyone, but it is worth remembering that first and foremost you need to protect national interests”, – said Boris Kolesnikov.

According to him, for Ukraine’s economy, all is not lost. The politician cited the example of Germany, whose economy at the time was in a catastrophic state, but thanks to sound economic policy, it grew into one of the superpowers.

“Germany in 1949, was in more serious condition than Ukraine is now. But now Germany is the leading country in the world. Today it is necessary to organize the work of the entire economic complex of Ukraine. Otherwise our country will be nothing left,” said opposition Prime Minister.

Recall that because of the occupation by Russia and by militants of the Crimea and part of Donbass Ukraine lost about 25% of its economy.