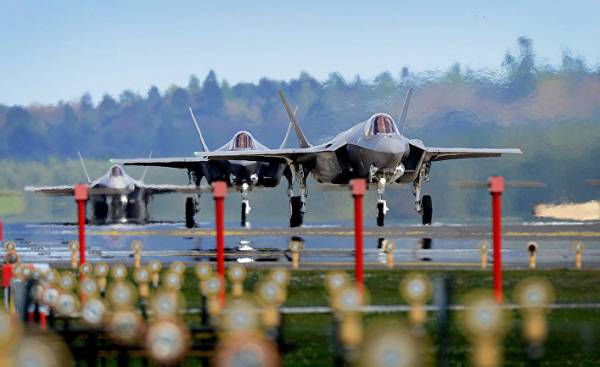 The United States remains able to conduct and win two wars simultaneously, or at least so close to victory that neither Russia nor China has no hope of success in this risky venture. USA can do it, because they have the most formidable in the world, the armed forces, and because they lead an exceptionally strong military Alliance. Moreover, Russia and China are very convenient for the United States represent very different military problem, therefore America can invest a part of its forces and resources against one country, and part against the other.

But it should be emphasized that this situation won’t last forever.

At the end of the past decade, the United States gave up its doctrine of the two wars, which often have a wrong understanding. This doctrine was a model of simultaneous conduct of two regional wars with the release of the necessary funds. Its purpose was to deter North Korea from the outbreak of war, while the United States is carrying out military action against Iran or Iraq (or Vice versa). This concept helped form the strategy of the Ministry of defence on procurement, logistics and deployment in the post-cold war period, when America was not to counter Soviet military threat. The United States moved away from this doctrine because of changes in the international system, including the increasing Chinese power and the emergence of extremely effective terrorist groups.

But what if the United States today will have to wage two wars, and not against countries such as North Korea and Iran? What if China and Russia will establish cooperation and at the same time will unleash hostilities in the Pacific and in Europe?

Can Beijing and Moscow lead to a couple of crises that will force the U.S. military to respond to them at the same time? It is possible, however unlikely. Each of these countries, their goals, and each works on their own schedule. Most likely, one of the two countries will use the existing crisis to a greater extent to realize their regional ambitions and grievances. For example, if the United States engage in serious military action in the South China sea, Moscow may try to seize the Baltic countries.

In any case, the war will begin on the initiative either Moscow or Beijing. America quite satisfied with the current state of Affairs in both regions, and in General (at least when talking about the great powers) it for political purposes prefers to use diplomatic and economic means. The United States can create the conditions for war, but the trigger will push Russia or China.

The advantage is that the requirements for the conduct of hostilities in Europe and in the Pacific ocean are different. As in the years of the Second world war, American ground forces will take the brunt of the burden for defending Europe, and naval forces will focus on performing tasks in the Pacific. The U.S. air force will play a supporting role in both theaters.

Russia has no possibilities to fight with NATO in the North Atlantic, and the political interest it is likely missing. This means that the United States and its NATO allies will be able to allocate the forces and resources to create threats to the Russian Maritime space (and to protect yourself from the flights of Russian naval aviation), and the U.S. Navy will concentrate its forces in the Pacific. Depending on the duration of the conflict and time to prepare for him, the United States could deploy in Europe a considerable force of ground troops that would help the Europeans in the event of serious hostilities.

But the bulk of American aircraft carriers, submarines and surface ships concentrated in the Pacific and Indian oceans to conduct direct combat operations against the Chinese system of preventing access/blocking zones and to block Chinese sea route. The long-range aircraft, including stealth bombers and other means, will operate at both theatres as required.

US armed forces will need as soon as possible to achieve a decisive victory in at least one theater of operations. This will force the United States to focus the bulk of its air, space and cyber means in one direction to ensure military and political victory, and then to transfer the main efforts on the second theater. Because American allies in Europe is quite strong, the United States can at the initial stage of the conflict to concentrate on the Pacific.

The structure of the alliances

The structure of the American alliances in the Asia-Pacific region is very different from Europe. Despite certain doubts about the loyalty of some American allies in Europe, the United States has only one reason to fight Russia to preserve the integrity of NATO. If the United States will begin to fight, followed by Germany, France, Poland and the UK. In most traditional scenarios, the European allies and the United States give NATO a tremendous advantage over the Russian in the medium term. Russia could grab of the Baltic States, but it will suffer heavy losses from NATO aircraft, and unlikely long to keep the occupied territories. In such conditions, the Navy and the U.S. air force will play a mainly supportive and coordinative role, providing the allies the needed edge for a decisive defeat of the Russian. US nuclear forces will be the insurance from the Russian decisions on the use of tactical or strategic nuclear weapons.

In the Pacific the U.S. would have bigger problems. Interest in the South China sea can be Japan or India, but it is unlikely to be a guarantee of their participation in the war (and even the observance of their neutrality). The structure of the Alliance during the conflict will depend on the characteristics of the conflict. The main goal for China can be anyone: the Philippines, Vietnam, South Korea, Japan or Taiwan. The rest, if there is no pressure from the US may well decide to sit on the sidelines. This will create additional difficulties for the United States to establish dominance in the Western Pacific ocean by their own efforts and means.

The United States remains able to conduct and win two wars simultaneously, or at least so close to victory that neither Russia nor China has no hope of success in this risky venture. USA can do it, because they have the most formidable in the world, the armed forces, and because they lead an exceptionally strong military Alliance. Moreover, Russia and China are very convenient for the United States represent very different military problem, therefore America can invest a part of its forces and resources against one country, and part against the other.

But it should be emphasized that this situation won’t last forever. The United States will not be able to maintain that level of excellence indefinitely, and in the future they will have to closely monitor what obligations they’re taking. At the same time, America has created a world order that is beneficial to many of the most powerful and prosperous countries in the world. And so it can some time to count on their support.

Robert Farley is a frequent contributor in The National Interest. He is the author of The Battleship Book. Petersenovskaya Farley teaches at the school of diplomacy and international trade (Patterson School of Diplomacy and International Commerce) at the University of Kentucky. His work includes military doctrine, national security, and Maritime Affairs.