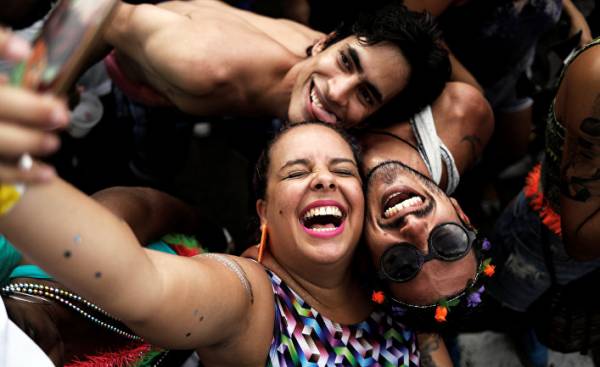 In the history of relations between Latin America and the Caribbean with the United States were times of tension and disorder. Programme of assistance to the Latin American “Alliance for progress”, launched in the early sixties of the last century, in fact, turned into a bold intervention in the politics of these countries. The essence of this process can be characterized by the words of Chilean President Michelle Bachelet (Michelle Bachelet) delivered at the Council on foreign relations during her visit to the US in 2008: “Why the United States never had a coup? Because there is no U.S. Embassy”. The years went by, and neo-liberal ideology of the “Washington consensus” promoted the introduction of certain principles of economic policy, democracy, law and order, without thinking about what implications this will have for many peoples of the South.

A few months ago no one believed that Donald trump can win the election in the United States. No exception was and Mexican President Enrique peña Nieto (Enrique Peña Nieto), who took the current head of the White house during his visit to the Mexican capital in the midst of the presidential campaign. Today it has become a harsh reality to which Latin American countries should be treated with understanding, acceptance and prudence. Trump is a threat to global geopolitical stability and hinders sustainable development, but this opens up new opportunities for residents of Latin American and Caribbean States. Latin America has ceased to be a “backyard” of the US, there are no longer any unions, and in General, to Donald trump, there is no peace. There are only boundaries and walls, international isolation, and it cannot be ignored.

There is a feeling that “axis of evil” mentioned by former US President George W. Bush after the September 11 attacks, shifted and ended up in the White house. Trump inhibits development in all areas, causing the indignation of the international community and chaos among those who advocated peace, democracy, human rights and human dignity, cultural diversity.

In Latin America and the Caribbean Donald trump is perceived as people impulsive, with extensive knowledge and babbler, that is completely unlike its predecessor Barack Obama. For the first eight years of his stay in power, former US President tried to expand cooperation with Latin America, starting with the speech given in Panama, on the Summit of the Americas, and ending with a visit to Cuba, where he was formally restored diplomatic relations between the two countries, severed more than 50 years ago. But today we know that protectionism in the economy, promoted by Donald trump, will have a direct impact on the countries that have invested in the development of the free market and are now heavily dependent on exports. Strict migration policy of the leader of the US will complicate the situation in the region, which is still developing. This applies, for example, remittances of immigrants, which in many cases are a significant means to support their families and the economies of Central America as a whole. Ad-Mexico trade war with the purpose of increase of customs duties or the construction of the wall on the border with this country is the real policy? No, it’s just madness, devoid of common sense that occur in the second decade of the XXI century.

On the other hand, the U.S. threat to withdraw from the Treaty on the prevention of climate change requires our region to even greater coordination. Today nobody can deny the detrimental impact of man on nature. And trump is doing and goes in the opposite direction to seek compromise in international scale, which is hard to achieve over the past two decades, which plays into the hands of mining companies.

The attack by trump, supported not by all in the country, which he directs, should trigger an immediate reaction in the region where there are significant ideological differences. Despite the upcoming election, political leaders of Latin America and the Caribbean should not be limited to political statements, they should do everything possible to major regional powers supported Mexico helped her to realize the reorientation of the economy to the South. In addition, it is necessary to strengthen cooperation with Asia, and this applies not only to members of the Pacific Alliance. The goal is to create a common platform uniting all the countries of the region. At the last summit of the Community of Latin American and Caribbean States (CELAC), held in the Dominican Republic, was attended by few heads of state. It is impossible to welcome such an indifferent attitude to this forum. The Ministry of foreign Affairs Latin American and Caribbean countries should improve the integration mechanisms for the protection of our values and sustainable development of the region.

Probably now, one of the most difficult periods, we can find the possibility of deepening cooperation in Latin America and the Caribbean with the United States. It is very convenient moment to strengthen the cultural, political and public relations of the North American States to the South. We should pay attention not to the irrational President of the United States, narcissist, and American intellectuals, creative professionals, and officials and diplomats who disagree with the policies of the new administration. We can go down in history along with those who sincerely believe that we should not wait when the world will be better, you should not take the position.

A single strategy will lead to the fact that the countries of Latin America and the Caribbean will lose weight in the international arena. The main threat is the absence in the next four years of regional cooperation and political dialogue. “The answer to the protectionism of greater integration through walls hand the bridges,” said Minister of foreign Affairs of Chile, Heraldo muñoz. Yes, we are different, but we are not mistaken. We are smart and strong. Quoting Uruguayan journalist, poet and writer Mario Benedetti (Mario Benedetti), we can say the following: “And so we climb out of, in front of difficulties do not back down. Maybe then everyone will know that the South exists too!”