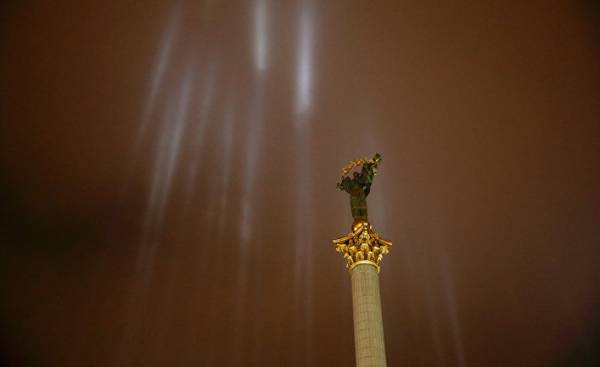 Nasz Dziennik: the Head of Polish diplomacy Witold Waszczykowski (Witold Waszczykowski) believes that the next target of Russia after the seizure of the Crimea will be the annexation of the Donbass. This scenario, in your opinion, real?

Zapalovsky Andrzej (Andrzej Zapałowski): In one of my previous interview with Nasz Dziennik I already talked about the fact that the President’s words trump the Russian occupation of Crimea will encourage Moscow to secure official cooperation with the Donbass separatists. It just happened. The first step was the recognition of documents — passports, which the separatists give to the inhabitants of the occupied territories in the East of Ukraine. The next step is trying to find outside Ukraine market for products of industrial enterprises of Donbass. These actions show that if Kiev as soon as possible don’t implement the Minsk agreements, while, de facto, to confirm the status of this region as quasi-state.

– Putin wants to create in the Donbass so-called frozen conflict to instrument for permanent influence on domestic and foreign policy of Ukraine?

— A frozen conflict actually exists: this provision enshrines the Minsk agreement on February 11, 2015. Since the intensity of the conflict remains at a low level. Provocations at the line of demarcation from time to time organize as a unit of Ukrainian nationalists, and some of the separatist forces, whose members do not see a chance to return to this region in the Ukraine. I want, however, to note that Moscow has another tool of pressure on Kyiv. Despite claims of Ukraine on the fact that it is a war with Russia, in 2016 it is in Russia accounting for the largest percentage of the total volume of Ukrainian exports, and the largest buyer of Ukrainian weapons was Moscow. In addition, Russia was Ukraine’s biggest investor. It shows that we are dealing with a strange war.

– How is it that, on the one hand, between Moscow and Kiev there is a conflict, on the other hand, according to the Ukrainian statistics Service, in 2016, 38% of foreign investments in the Ukrainian economy came from Russia?..

As I said, Ukraine is in economic terms is highly dependent on Russia, and this situation can be fixed for many years. To change, the West needs to invest in this country many billions. Such prospects, however, are not visible. Therefore, in order to halt economic decline of the state, Kiev has to trade with Moscow. As a result, many spheres of the Ukrainian economy are under the indirect control of the Russians.

– What are the levers of pressure on us administration will get Putin with the annexation of the Donbass?

— I think Russia will go to the annexation of Donbas only as a last resort, far from it. Now the greater danger for Ukraine is the work of nationalist circles, who seek to overthrow the authorities led by President Petro Poroshenko. This process has already begun, and could lead to another bloody internal conflict.

– If we assume that Russia will take over the Donbass, as in such a situation to lead a trump, should we expect some response?

President Donald Trump will have to give a tough political and economic response. However, I don’t think the U.S. will provide Ukraine military assistance. However, as I said, in the short term annexation scenario seems too real. We are now seeing cooperation between Russia and the United States in the fight against so-called Islamic state (banned in Russia organization — approx. ed.) in Syria.

– Do you share the optimistic view of the Minister Waszczykowski, who says that Ukraine develops and carries out serious reforms, the pace of growth was 5%, and therefore, Warsaw will continue to provide support to Kiev?

— I absolutely do not share the optimism of the head of Polish diplomacy. It should be recalled that only in the last three years Ukraine lost more than 20% of GDP. At three percent growth, it will be able to catch up and return to the level of 2013 around 2025. Meanwhile, the blockade of Donbass by Ukrainian nationalists and trade exchanges between Kiev and Moscow in the near future the Ukrainian GDP will fall by another few percent. On March 1, separatists nationalized Ukrainian state enterprise, as a result, they stopped paying taxes to Kiev.

– Why the European Union decided to abolish visas for Ukrainians, if they so no problem got in Poland?

Is one of the main election promises of Petro Poroshenko and one of the goals of the Maidan 2013. In fact, Western Europe needs workers, and Muslim immigrants, which could plug up that hole, created a lot of problems. In such a situation it is better to take Christians, Ukrainians, who have no such problems create. However, existing in Ukraine, demographic trends leave the country several millions of young people in the productive age will lead to serious economic difficulties, not to mention the shortage of forces for the army.

European officials insist that the liberalization of the visa regime will help the Ukrainians in the reforms: it will bring people together and build bridges across borders. No reason not said about uncontrolled growth of migration from Ukraine…

That’s all very well, but before their expectations come true, Ukraine in its current form may cease to exist. European officials say about the process that can influence that state in a few years. The question is, will it survive until that time in its present borders?