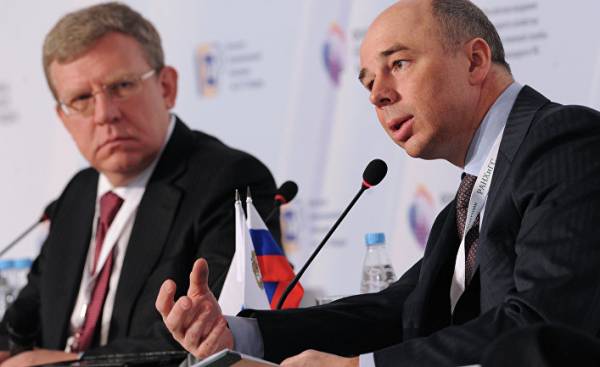 Reform of any kind implemented in Russia is almost impossible due to the low level of public confidence in the government, the state Duma, the courts, and people to each other, says former Russian Finance Minister and Chairman of the Board of the Center for strategic development Alexey Kudrin.

On April the XVIII international conference of the Higher school of Economics Kudrin presented a report on the situation in Russia and ways of growth of the economy and argued with the current Minister of Finance Anton Siluanov.

Russian service Bi-bi-si results the basic details of the dispute.

The lack of trust

According to Kudrin, the previous reform programme in Russia was completed a maximum of 40%, and the main reason is that the population and business does not trust the key institutions of society. In the coming years, according to him, the government must demonstrate that it implements the expectations of business and of population, and solves the problems.

According to him, now the government has no clear program of reform, and this is a factor of uncertainty, which reduces confidence in the business.

That Cabinet has no clear plan of action, Siluanov disagreed.

In response, he listed the achievements of the government, which, in his opinion, is make the economy more predictable and increase trust. Key among them is the reduction of the dependence of the economy and the budget from oil prices. According to the Minister, this is due to the reduction of budget expenditures. The result has been achieved fiscal sustainability and tax policy.

He also said inflation, which in the coming year, according to the forecast of the Minister, will drop to 4% and below. In addition, Siluanov said that last year the economy shrank just 0.2%, and many financial indicators, including indicators of foreign trade, steady.

Kudrin said that one of the main structural problems of the economy remains high degree of dependence of economy from oil. The new model, which would rid the country from dependence on oil, and has not appeared.

Do not agree with Siluanov. In his opinion, Russia gradually reduces oil dependence: for example, the price of oil, which balanced the budget decreases.

The position of Kudrin supported at the Central Bank. The first Deputy Chairman of the Central Bank Ksenia Yudaeva said that Russia is still heavily dependent on supercycles oil prices.

According to Kudrin, increase the rate of growth of the Russian economy to 3% and more realistically, if the government would agree to economic reforms. Just in the next two years the government should raise trust to itself and other institutions, the expert believes.

In 2020-2026 years, the growth must occur through the accumulation of investment, predicts CSR. Investment is expected to increase by 6% or more per year. In 2000-e years, the investment grew at a more rapid rate, but then the price of oil was higher, and now more investment will have on the background of relatively low oil prices, said Kudrin.

This, in his opinion, can be achieved by improving institutions, the business climate, reduce regulatory burden on business and the control of the law enforcement agencies.

Kudrin also spoke of the need for interaction with other countries, participation in major global trade agreements and overall “friendliness of foreign policy.” This, in his opinion, will help to increase exports and attract foreign direct investment.

Siluanov generally agree with the main points of the program Kudrin. Without reforms, according to Siluanov and Kudrin, the growth rate of the economy in the long term will not exceed 1.5%.

Stabilization, but not the development?

Siluanov unlike Kudrin says more about radical reform, and the stabilization of the situation. In his opinion, the government is doing.

The Minister believes that the economic situation has become more predictable due to lower inflation and sustainable fiscal policies. Among possible reforms, the President called for tax reform that should come out of the shadows part of the business.

According to Siluanov, on the basis of CSR and the Ministry of economic development, the government formed the programme of action for the next few years.

However, the experts attending the discussion, there are claims to both programs.

Professor HSE Oleg Vyugin said that the government on the shoulder to cope with the stabilization of the economy, but to create a development strategy, which would benefit different groups in society, is much more complicated.

President of the Russian Union of Industrialists and entrepreneurs Alexander Shokhin sure that the Siluanov, Kudrin and many do not agree. In his opinion, it is not clear how the government that is supposed to leave after the presidential elections, will implement a long-term strategy.

He also noted that many difficult reforms ignored. For example, earlier Kudrin talked a lot about raising the retirement age, but lately it is almost not says, he said Shokhin. He explains this reluctance to mention unpopular reforms before elections.

According to him, the authorities are at a crossroads: to offer unpopular but a full-fledged reform of the economy or a stripped-down program that will definitely not be fulfilled. 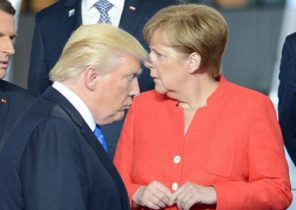 The Senate wants to impose tough new sanctions against Russia, but the main American allies outraged. And here’s why