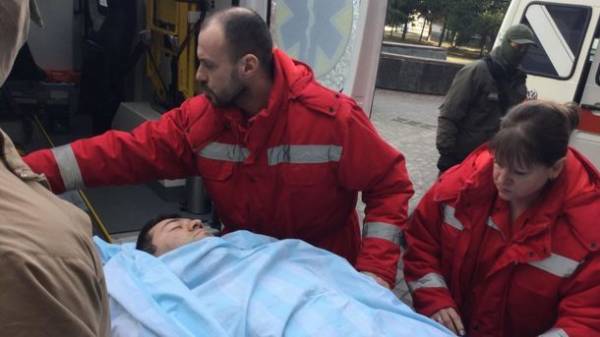 The national anti-corruption Bureau of Ukraine opened criminal proceedings on the fact of events that occurred on March 4 near the building of the Institute of cardiology named after academician N. D. Strazhesko, where the hospital “Feofaniya” was delivered by the head of the State fiscal service Roman Nasirov.

As reported in the press service of NABOO, the actions of the individuals who had resisted the employees of the Bureau, qualified for part 2. article 342 of the Criminal code of Ukraine (“Resistance to law enforcement officer during the execution of his official duties”).

NABU recalled that on March 4 a group of people who called themselves the people’s deputies, let the Desk staff to seamlessly deliver Nasirov for examination in the mentioned medical institution to conduct an objective assessment of his condition.

As reported, on Saturday, March 4, at the request of NABOO, the head of the SFS of the “Theophany” was transported to the Institute of cardiology named after Strazhesko to confirm or refute the diagnosis.

On zaklyuchenii Institute, Nasirov diagnosed with hypertension stage II, high risk. As of March 4, urgent care he needed. The document stated that the stabilization of blood pressure, the patient can continue treatment on an outpatient basis.