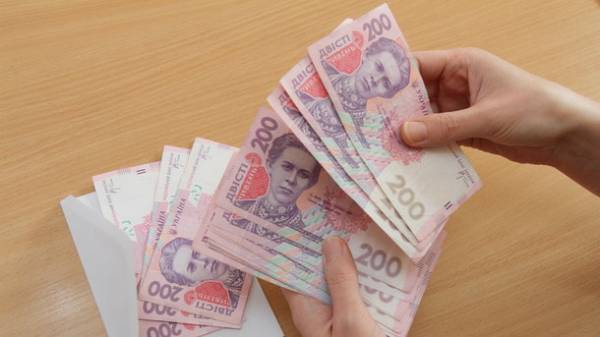 In Ukraine, more and more people get high salaries: according to the state service statistics for the year 2016, those who receive more than UAH 5,000 was a third more than a year ago — now the “5000+” to pay forty percent of all employees. This year, the number receiving a new, doubled to 3200 UAH minimum wage, increased by 10 times — it paid approximately 30% of workers. Economists and labor market experts acknowledge that the average salaries for the year increased significantly, but note: inequality in wages in individual industries has not only survived, but became more.

WHO HOW MUCH. As explained to us in the civil service statistics, figures relate only to full-time employees of private and government agencies, which in December 2016, there are of 7.48 million people That is about 4 million private entrepreneurs with profit, not wages, the report does not appear. In the earnings taken into account not only tariff salaries, but also bonuses, bonuses and allowances without deduction of tax. That is, in the hands of workers would have received 19.5% less.

As you can see from the infographic, the most numerous group among those who are employed, receiving from 5 to 10 thousand UAH. This trend was in 2015, but then there were 370 thousand less. Interestingly, that was almost twice as much paid
employees whose salary is more than 10 thousand UAH. But the number of those who have the minimum wage, has not changed. The average paid was less than that, according to the President Ukranalittsentra Alexander Ohrimenko, perhaps for two reasons: “overflow” in a more highly paid group of workers, those who had slightly less than 5000 UAH, and care in the shadow of the salaries of those who received 2-3 thousand UAH.

LABOR AND THE ECONOMY. As told to us by an HR expert rabota.ua Tatyana Pashkina, high salaries for personnel portals are not uncommon, but they promise the business structure. “The lowest offers of wages in poorer regions such as Ternopil, Rivne, Sumy is in average of 4700 UAH, in the other regions was consistently above 5000 UAH. In Kiev is 8200, in Odessa — more than 7,000, Kharkiv and Lviv — 6500, so the figures from the state Statistics can generally trust — says Pashkina. — And in small towns at times less. Employment centers in the past year was 60% of vacancies for 2-3 thousand UAH”. Okhrimenko says that the professions of the spread of wages is very large. “As can be seen from the data of the state Statistics, the highest paying is an IT industry, pilots, financiers, scientists and civil servants. The first three categories fell into the category of more than 10 thousand UAH, the last two in the 5-10 thousand UAH, and it is the official salary. The growth of wages of civil servants due to the fact that they have assigned to them and the security forces, which work in 2016 increased by about 1.5 times, exceeding UAH 5,000. But still the numbers are too high, as for the year part of employees, especially in government agencies was reduced, and the payroll has not changed, in the end, one full-time employee arithmetically have more money.”

The LAW “3200”. With increasing mentorplace since January of this year, the number of low-paid, according to our experts, should be reduced by more than 2 million But in fact they can be much less, since our readers still complain that employers are not in a hurry to increase their earnings. The most difficult situation in medicine and education. “To raise the salary up to 3200 UAH for young teachers, the school shifted school hours, selecting them from experienced teachers and adding a load of youth. In the end, the government promised a salary increase for me was in January for only 300 UAH”, — complained to the teacher of the highest category of one of Kiev schools Valentine Klyuchko. Small private institutions, working primarily in the field of service and sales and transfer of its employees with salary contract, where wages depend only on the amount of completed work. “My salary consisted of a salary of 1600 UAH and bonus payout percentage from each order. Since January, work under contract, but if no customers can sit at work all day for free. In January of advertisers was little, and I got only 3000 UAH, and not the 4600, if I had also a salary. In fact, my salary has fallen,” — told us the employee of the advertising Agency Tatiana Horoshina. According to Okhrimenko, a new official picture of the distribution of workers by size of wages only become clear in April, when the state Statistics office will announce the data for the 1st quarter. 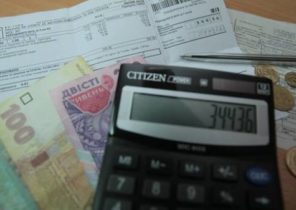