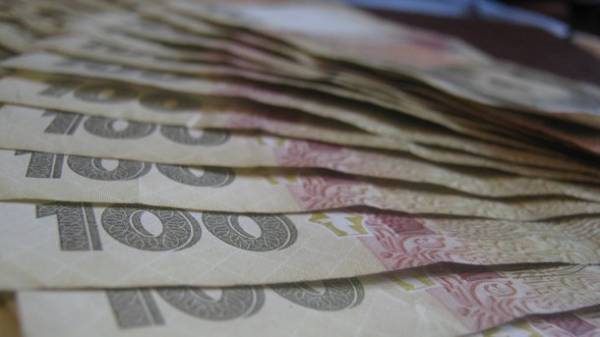 This year, the situation on the labour market will be determined by two main factors: increase in minimum wage and economic growth. “Minimal” has increased twice since January 1 and now stands at RS 3200. With regard to economic recovery, encouraging dynamics of the last year: in the first quarter, GDP grew 0.1% in the second — by 1.4%, in the third — 2%, and in the fourth, according to preliminary data of the state statistics, by 4.7%, writes “Business capital”.

The Institute of demography and social studies of NAS of Ukraine believe that together these two factors will have a positive cumulative effect on the labour market.

“I’m not inclined to believe that the official salary RS 3200 can be a huge shock to our business. Entrepreneurs who operate legally, will pay, and pay. If there is a recovery in the economy, no tragic situation on the labour market will not” — says senior researcher of the Institute Lydia Tkachenko.

According to her, now there is a shortage of labour caused by the declining population of working age. Therefore, the pressure on the labour market from the population should not increase. Rather, it is possible to expect an increase in labour mobility.

“This is not due to the increase in the minimum wage, and revitalizing the economy. People will look for the best jobs will be less to hold on to current employment,” suggests Tkachenko.

On the same show statistical data of the state employment service. In January 2017, in comparison with January of last year by 51.4% increase in the need of employers to fill the available jobs, at the same time, the number of registered unemployed decreased by 15.7%, as a result, the number of applicants per vacancy declined by nearly half — from 16 to 9. Due to the increase in the minimum wage increased and the average wages for the existing vacancies: now it is 3900 UAH, which is twice more than the year before. As for layoffs, employers in January 2017 has submitted information on planned mass layoffs of 29 thousand employees is a quarter less than in January 2016. 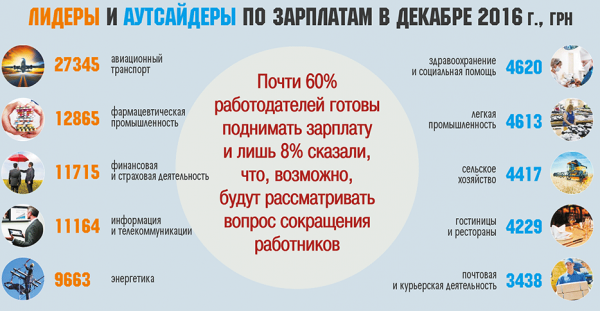 “There were concerns, but we see tragedy after increasing the minimal salary has not happened. On the contrary, according to our statistics, while the market shows a positive trend, says acting Chairman of the state service of employment Valery Yaroshenko. — The economy comes to life, and this is reflected in the labour market. Unemployment, though slowly, but falls.”.

The trend is confirmed by the data of the Ukrainian portals. According to HeadHunter from the beginning of 2016, the number of jobs increased by 46%. In the past year, 38% of employers raised salaries of its employees.

According Work.ua in 2016, employers have placed 62% more jobs than in 2015, in the study conducted this portal, 55.7 per cent of employers surveyed said that improving the minimal salary will not affect their plans for the recruitment of. Almost 60% willing to raise their salary and only 8% said they might consider reducing staff.

It should be noted that a twofold increase in minimal salary though looks sharp, but it still only returns the ratio between minimum and average wages, which was in 2013 As stressed by Lydia Tkachenko, the new minimum salary only compensated for the rise in consumer prices over the past three years. According to the state statistics service, during this time, prices have jumped by 90%. Social standards almost two years was all frozen, and then increased very carefully.

Real wages in 2014 dropped by 6.5%, in 2015 — by 20.2%. Although in 2016 it rose by 9%, which is only one-third compensate for the adverse effect of the previous two years. Even less has increased markedly in 2016, the purchasing power of the population. This is evident from the data on turnover of retail trade: it has grown by only 4% (with adjustment for inflation). Undoubtedly affected what is now a significant part of their income Ukrainians have to spend on housing and utility services (if no subsidies).

At the same time, we will remind, the national Bank of Ukraine has lowered its inflation forecast for 2017, from 8% to 9.1% due to the increase in the minimum wage in the country. However, the projected inflation is still within 8% ± 2 p. p.