The Minister of health of Russia Mikhail Murashko said on 1 August that Russia intends to begin mass vaccination against the new coronavirus in October, initially planned to vaccinate doctors and teachers, and the cost of vaccination will be covered from the state budget of Russia. Murashko also said that the current Russian research and development in the field of vaccines are successful, and clinical trials one of the vaccines has already been completed.

As the Minister said, Russia intends to begin mass vaccination against the new crown in October, as Russia should gradually switch to a new system of medical care. The first to make vaccination against coronavirus infections, are medical workers and teachers.

Russia said that the current research and development in the field of vaccines progressing. Earlier Murashko said that clinical trials of new vaccines against coronavirus, developed at the National research center of epidemiology and Microbiology named after N. F. Gamalei under the Ministry of health of Russia, was completed. Now preparing a package of documents for registration of medicines.

Murashko also reported that another vaccine, developed by scientists of the state scientific center of Virology and biotechnology “Vector”, is currently undergoing clinical trials. The Ministry of health of Russia expects that at least two other vaccines will begin clinical trials within the next two months.

At present, the epidemic situation in Russia remains serious. 1 August the Russian operative headquarters for the prevention and control of the new coronavirus reported that in the last 24 hours in Russia was found 5462 new cases of infection with disease, a total of 845 443 cases during all of the pandemic from the coronavirus died 14 058 people.

Zhu Zhengfei: Soon to be the Russian and Chinese vaccine some provocation in this regard, preparing the United States?

There is a horse 3211 in response Zhu Jenvey: the United States also accelerate research and development, for example, instead of animals began to put experiments on people.

Man 101 in response Zhu Jenvey: In this short time the States have time to slander Russia and China, they say, they stole their development. Also will enlist the support of several henchmen.

lithiumhydride: we in China also started the second phase of clinical trials.

Don’t be silent in response lithiumhydride: We have been in the third stage of testing.

Absolutely no snow: Russians are very severe — will stick the semis!

Deep sea: Only the Chinese vaccine is credible, all the rest should be put aside as a spare. The third phase of clinical trials will be completed through the quick, one year!

LiNick: the United States in recent years, often say that China stole their vaccines. View the fragility of American imperialism. He reached a level where it can only use its dominance over public opinion, to spread false rumors about China! Cover for the coffin of the US close!

Dog and child: In the second phase of clinical trials have to start small-scale vaccination? Ordinary people simply do not have the to gather in crowds and wear a mask, then all will be well.

JI, European fighter for the right: the Game with vaccines in the major countries started a long time ago. The United States fear that China and Russia will develop them before them, so they slandered these countries, saying that they stole their design. Publication of such information in Russia, obviously, has the effect of ads all over the world. The battle for the international vaccine market is gaining momentum. As for the healing effect, it is worth finding out first.

Extracted from pumpkin pulp: good, very Good. If Russia will manage the vaccine, it is very useful for everyone. Europe and America already bent high prices, but were late with their abominations, and now do not catch up.

The hermit JI Vatan: Need to speed up testing, when China will launch the vaccine in production?

Comments of users of Weibo:

Pepper steak 007: Say they only moved on to the second phase of testing. Free vaccination really is the data collection the third stage to launch the vaccine on the market.

Sad cloud is heated by the fire: Endurance militant Russian should be much better than the other. And we better wait a little bit more, there’s no rush.

Green cane: actually, the vaccine has long been there, just it is being tested for safety.

qz Flower-pig: We operate more conservatively and beat for sure, so the need for reliable data to go with them to the market. Therefore, it is not worth while to pry!

Lucky fragrant rain: a Vaccine in China even passed clinical trials, we are already at the third stage, and the volunteers we had at the first stage, and now third. We’re just trying to make it reliable as possible.

Mighty cocky Mr. Lee: I wonder when we began testing, once all.

Laughing softly cloud: you Need to wait, you can’t go ahead.

Try harder 615: In fact, no matter what country the first to complete the test, any vaccine will bring happiness to mankind. Of course, even the United States, this bird of the country, in the end, the coronavirus is now rampant everywhere.

Love to laugh iya: In the end, when it is vaccination?

He who loves his wife brother Zhi: If the vaccination will be free, this is great.

Candyfloss Wiki: Russia has already completed clinical trials, but do not know what phase is. I think she too hurry.

The innocent rabbit Like that “vaccination free”. But put a question mark security.

amoro_tgf: I Hope the vaccine is trustworthy.

Nowhere to put skr: And still belligerent Russian most effective.

Changed my nickname just for fun: Seeing 840 thousand confirmed diagnosis, I suddenly discovered that in China the virus was not so hard on: with a population of 1.4 billion people are sick only less than 100 thousand people.

Quietly dead: Russia is very cool, when will begin production of the vaccine?

Great grandfather Wei Liang: If this is true, then the militant Russian steep.

Saw Shandong: If efficacy is proven, then it is good news for the whole world.

Endless sleeping sickness: Not too fast?

Promised to model for matchmaker: free vaccination is good, but in October — it is impossible.

White brother-volleyball: are You sure? If vaccines are incidental properties, it will create problems for doctors and teachers.

A passionate son of the mountains: And at this time in our villages: the vaccine has not yet been done… And the next announcement: a vaccine is not included in insurance.

Monitoring of kinship: the Body of Chinese people and Western people are different, but let’s hope. All States should develop an effective cure for coronavirus!

lullaby_sunsunsun: Is our country also can not start the dissemination of the vaccine? Free distribution is very important. Thank you in advance of our doctors, scientists and politicians.

The grandson ran GE of 2011: Still not enough time has passed for full-fledged clinical trials, and they have already run a mass vaccination. Interesting.

No need to add vinegar: there will be a new October revolution! 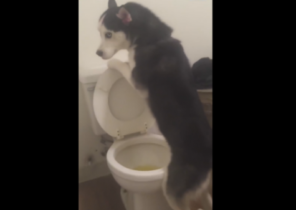 The drought in the Crimea: Russia solve the problem by military means? (MDR, Germany)