Former Ukrainian President Leonid Kravchuk tells about the negotiations with the so-called representatives of certain districts, and the possibility to offer to create in the Donbass free economic zone. Perhaps Kravchuk think that this is the way to solve the problem, which will lead to peace. But he is wrong for one simple reason.

Peace with representatives of certain areas could be agreed if they were really representatives of the population of Donbass, and not Russian puppets. If the Donbas would really be a popular uprising against the Ukrainian government and these people would be its members. If they pursued their own interests — political or economic. For example, as pursued its interests — the independence of the Republic — veterans of the war in Chechnya. Or like today pursue their own interests, the participants of the protests in Khabarovsk. These people were your bill to the Kremlin.

And “people’s republics” in the Donbass as once the Kremlin had created. Their representatives were neither leaders nor participants in the uprising against the government of Kiev, simply because no attack was. The uprising was in Kyiv against Yanukovych and his gangster entourage. And to Yanukovych and his Russian patrons could not even money to mimic the Maidan.

So no sense in direct negotiations with the puppets is not and can not be. And no free economic zone do not need them. They need only what they are told to speak Russian. That’s why we are negotiating with the aggressor, and not with his puppets.

But another President of the times of Kravchuk — Croat Franjo Tudjman — no negotiations with the puppets neighboring Serbia did not conduct their territory were freed. 25 years after the end of the war in the Balkans Croatia — not just the country with the restoration of territorial integrity, but also a member of the EU and NATO. Moldova, Georgia and Ukraine can only dream of.

Ukrainians have a simple choice — to go on the road Snegur and Shevardnadze and for decades stuck in waiting for a miracle, which still will not or to go the way but to defend their country. From this choice, there can be alternatives to Leonid Kravchuk did not come up. 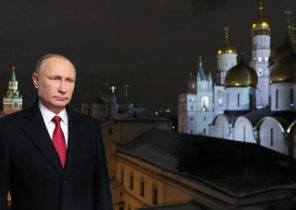