Solved. The European Union is this Tuesday at 5:30 this morning signed a document confirming the biggest change in its model budget, since 30 years ago installed a multi-annual financial framework and doubled funds for the Association. The 27 EU member States unanimously agreed to create a recovery Fund in the amount of 750 billion euros to mitigate the economic damage covid-19, and set the financial framework for the 2021-2027 years in the amount of one trillion euros. For the first time in the history of EU subsidies will be financed from a joint loan, a turning point in the evolution of the budget of the club, who never went so far towards fiscal Union.

“Deal,” announced the European Council President Charles Michel at 5:30 in the morning. A short message in English appeared on his Twitter account — thus ended a five-day European summit, the longest in the history of the EU. The news provoked an instant avalanche of application and reactions, many of which focused on the scale of the agreement. “Historic day for Europe!” — immediately declared the President of France Emmanuel macron, who along with German Chancellor Angela Merkel is the originator of the largest agreements in the history of the Union in the amount of 1.8 trillion euros, of which 750 billion euros to the Fund to combat the crisis caused by the pandemic. “It was hard, but in the end we agreed” — has confirmed Merkel. According to the Chancellor, “Europe has demonstrated its ability to find a way out of such an unusual situation.”

“This agreement meets the condition of Europe at the moment,” said Charles Michel at a press conference after the meeting. “We have demonstrated that the magic of the European project works. When we believe something is impossible, thanks to the cooperation and desire to work together, she comes forward,” — said the Chairman of the Board after the successful completion of the most challenging years of negotiations, where he confirmed his authority in the position occupied just eight months. European Commission President Ursula von der Leyen, the initiator of the project of the Foundation, called the project “a big step forward.” “We spent almost 90 hours in negotiations, but it was worth it”, she added.

Prime Minister Pedro Sanchez described the agreement as a “real Marshall plan”. “The European Committee for the first time in history will borrow to Finance the program,” said Sanchez, who added that it is “unprecedented” case. Sanchez said that Spain for six years will receive a EUR 140 billion (corresponding to 11% of GDP). Of this amount, 72.7 per billion — of subsidies, and the rest is a loan. “This is an outstanding incentive,” added Sanchez. He insists that it is a “great agreement for Europe and for Spain.”

The Fund has emerged in spite of the increased resistance of a small group of countries led by the Dutch Minister Mark Rutte, who for four days and nights trying to minimize the scope of the draft budget and to receive support that would enable him to prohibit the initiative. In addition to the tough response of the Netherlands and its allies — Sweden, Austria and Denmark — are afraid of the emergence of ways of debt issuance to Finance subsidies. The precedent that the self-proclaimed “lean” are unable to avoid.

The long negotiations, accompanied by tension and clashes between the allies, ended the Pact, which reduces the subsidy program half a trillion euros at the request of the European Commission, but retains the possibility of significant impact and avoids the threat of veto by any country. This agreement marks a turning point in the evolution of the EU budget, which will be hard to pay attention in the future, especially when there is a crisis of the current scale or a scale that was caused by the fall in GDP during the Second world war. The President of the International monetary Fund Christine Lagarde said that “if necessary, the European Council takes a step forward to help the citizens of Europe”.

A Treaty signed by 27 members of the Council, directs 390 billion in subsidies and $ 360 billion in loans, 70% of which will be paid in the period 2021-2022 in Brussels calculated that the amount of the Foundation budget framework (1,074 trillion) and the three-tier security system loans to the system of control of employment, medical expenses and warranty firms (530 billion distributed between these mechanisms) would amount to the equivalent of 17% of gross national income EU that exceed costs claimed by the USA (15,9%) and China (4.2 percent).

However, in addition to the magnitude of the financial costs the reaction was caused by an unprecedented method of formation of the Fund. For the first time in its history the EU is a means, moreover, significant for the implementation of subsidies and credits intended to mitigate the impact of the crisis and reduce the chances of fragmentation in the economies of the allies. “This economic agreement — the most significant since the creation of the Euro”, gave his assessment of the situation, the European Commissioner of Economics Paolo Gentiloni.

Up to this point, EU never borrowed money to Finance a program of direct distribution of funds from the international Fund for needy countries affected by the economic consequences of the pandemic. Unifying programmes such as structural funds or common agricultural policy, annually financed by the countries themselves and also from their own profits of the Union. Aid to victims of the pandemic, in contrast, will be paid from the loan which will be repaid by the States for 30 years.

Loans have long been taboo for countries such as Germany and the Netherlands. However, on 18 may, German Chancellor Angela Merkel, along with President of France Emmanuel Macron, announced the proposal to create a Fund in the amount of 500 billion euros of subsidies to mitigate the impact of the pandemic.

This shift in the strategy of Merkel caught everyone by surprise, including the French, who did not expect such a proposal. However, the most affected was Rutte and his followers, who believed that Berlin put a stop to any ideas of the total debt that the pandemic raised the issue of European bonds.

Merkel’s strategy and Rules, and the Commission’s proposal comes to Eurobonds, but recognizes the possibility of using a common budget, with an increase of 2% of gross national income by the expenditure ceiling for the implementation of the loan markets and the use of these resources for subsidies.

The proposal struck “lean”, and in just a few days, they tried to find a reciprocal solution. Their plan, however, was to get part of the Franco-German project, including the increase in the expenditure ceiling of the General budget to debt repayment. Their only requirement was that funds were distributed in the form of loans, not grants. They adhered to this requirement for weeks, but succumbed during the meeting, as it was obvious that the majority of allies supported the idea of a Fee. The agreement of July 21 marks a turning point in the distribution of finances of the club, who previously never ventured to go through a fiscal Union.

Price of the agreement is high. It’s not just about the effort and human resources required for the meeting, which lasted from 10 in the morning last Friday until Tuesday morning, but on a serious political concessions that had to go to allies to achieve unity.

The most significant expense was the provision of so-called cheques, discounts for participation in the General budget, which was the UK and that the European Commission wanted to pay through Brakcet. The agreement saves them for five net contributors — Germany, the Netherlands, Sweden, Austria and Denmark — and even expand them. The discount will be 52 billion euros over the next seven years. Four “lean” will save 27 billion, half of which is 13.5 billion — belong to the Hague. Lean get this privilege despite the fact that, according to Brussels, are among the main beneficiaries of the foreign market.

The provision on control

The least obvious but most disturbing to many local sources is the rejection of strict control over the management of funds inherent in the rule of law. The initiative was proposed a few months ago, the government of Angela Merkel as a response to the suspicions of the enrichment at the expense of the EU, which fell on some of the oligarchs of Central Europe, associated with a policy. However, the monitoring mechanism is weak, not to provoke the rejection of such allies as Hungary and its President Viktor Orban. A few days before the meeting, Germany received 1 July the six-month presidency of the EU, made it clear that her priority is to make recovery plans, even if I have to sacrifice some goals, for example, mechanisms of a legal state.

Other effects associated with the Fund managed to avoid. Rutte, for example, demanded a veto on freedom of care related to the pandemic, to stop the flow of funds to countries that do not reform on the funds received. The proposal aroused almost unanimous refusal of the allies, who fear paralysis Foundation, and the European Commission, which considered it an invasion of her sphere of competence.

The final agreement provides for the adoption of national reform plans by a qualified majority, that is, without the right of veto. Assessment of the situation of making distributions to the Commission will be ahead of the opinion of the Committee on economy and Finance (where are the experts in the field of Economics 27 countries). If one or more of the members of this Committee would raise objections, the case can be raised to the level of the European Council (heads of States and governments), which will have three months to decide. At a press conference after the meeting of the European Council mark Rutte with pleasure noted this condition. “27 countries-members will be watching to see if you’re doing what we promised,” he said.

The Commission is satisfied with this decision, as there is no direct possibility of a veto, the only way to slow down the process. The final decision will be taken by the majority, without a veto and after the decision by EU leaders. If the Council does not vote within the deadline, the payment will go in the usual way, but the final word will rest with the Council. This mechanism does not create as much uncertainty as the proposal Rutte, but even in this form the payments are subject to political interference from the Council, a negative decision could be a political veto de facto. 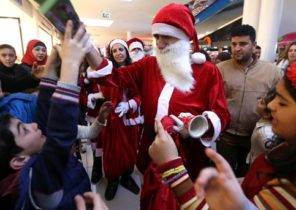