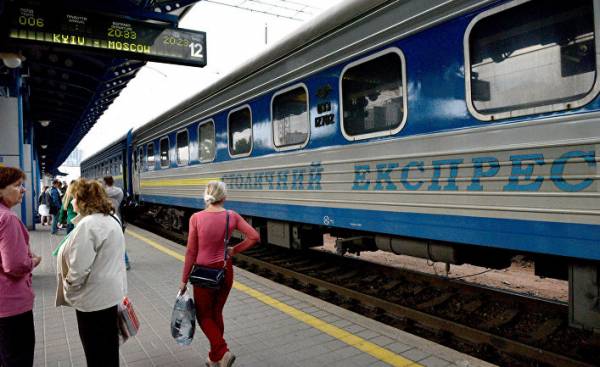 What position received a year ago in Kiev, 38-year-old Minister of infrastructure Vladimir Omelian? Journalistic investigation revealed that the huge infrastructure office in the Ukrainian capital to Railways, ports and airports, which manages 600 thousands of employees, Empire state enterprises, and manages a lot of money, was “personal Ministry”. Some of his predecessors who are under suspicion of corruption, others dead, some both, wrote the newspaper “Kyiv Post” in April 2016, in the article on accession Omelyana office.

The first thing Omeljan demanded to remove the pictures of his predecessors from his office. For organized crime, the appointment of the reformer is a big blow, said Omeljan. For the past few months, “hope of the country” travels to Europe to establish relations of Ukraine with the West of the continent. In recent days, Omeljan, met with politicians and Industrialists in Germany. It was about the modernization of old roads and rail tracks, new trains, air transport and ports. And political ties.

Omeljan understands how difficult the task is. The situation in the country remains complicated, the conflict in the East is not resolved, the Minister said the journalist of the Süddeutsche Zeitung. As before, in Ukraine there are problems with the influence of the big neighbor, Russia. “Every day shooting. Every day the wounded and dead soldiers. Nevertheless, we try as soon as possible to reform the country. Ukraine should become a different country. New Ukraine.”

But how? The road network is in poor condition, and public funds are empty. But Ukraine needs ten billion dollars in infrastructure investment every year for 12-15 years. Only then will be possible a real modernization, said the Ministry. Therefore, Omeljan looking for investors abroad. Until the end of the year with investors and the participation of foreign minority shareholders will begin its new budget flights Ukrainian airline, the aircraft which will fly to Germany. Within five to ten years the government is going to launch the first high-speed railway.

Omeljan is part of the new elite. He is married to the famous designer in Ukraine, has received economic and diplomatic studies, has extensive experience in bureaucratic Affairs and has a son. The management has already noted that such reformers as he practically fluent in English, the last few months actively engaged in the industry. Currently, Tesla is negotiating with Ukraine on the construction of the plant, because Omeljan wants to make his country a leader in the production of electric vehicles in Europe.

New laws concerning the production of electric vehicles, promising tax breaks for 15 years if the cars are produced in the country. Ukraine wants to follow the example of Slovakia, focusing on the new technology, he says. The country within ten years became one of the key objects of the automotive industry in Europe. Mercedes, Tesla, BMW: “the Only money of major Western companies will be able to change something” — sure, Omeljan.

But at the same time, the Minister realizes that all early risks remain. “Russia repeatedly committed attacks on our digital infrastructure,” said Omeljan. Sometimes cyber attacks affect airports, sometimes trains, sometimes — power. “We are trying to protect the infrastructure in all possible ways, we have” — said the Minister. However, absolute security against such attacks does not exist, and now it must understand, and the Western industrial countries. 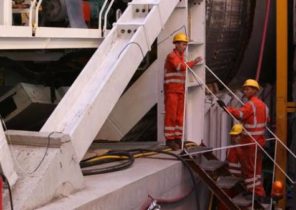 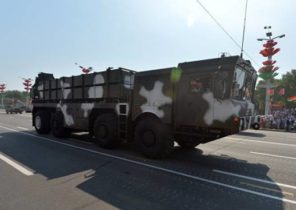