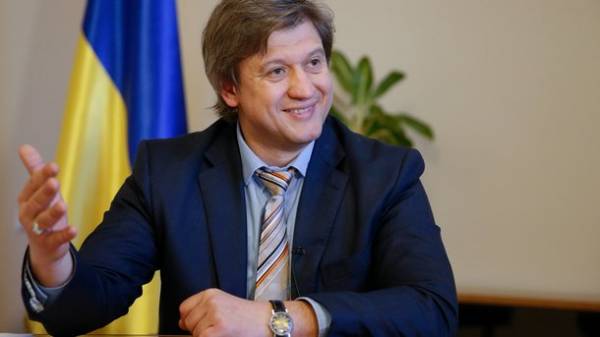 Finance Minister Alexander Danilyuk left for the USA a two-day visit, where he will hold talks with representatives of the International monetary Fund (IMF). About it reports a press-service of the Ministry of Finance.

“Minister in the United States on a visit to finalise negotiations with the IMF and discuss further implementation of the programme of reforms”, – stated in the message.

We will remind, on Saturday, March 4, the IMF mission announced the approval of updated Memorandum on economic and financial policy of Ukraine. It is expected that the Fund’s Board of Directors will consider this issue in the second half of March.

As you know, the signing of the Memorandum of economic and financial policy programme of the eff the EFF will enable the Fund to consider the allocation of the 4th tranche of 1 billion US dollars.