The ancient Byzantine Church is a Museum since 1934. The decision will be announced within two weeks.

What does a President Erdogan?

Big Friday prayer in the Hagia Sophia, where he would be in the forefront… President Recep Tayyip Erdogan would really like is a photo. In addition, it would be very useful in such a difficult period internally. Return to the temple of the status of the mosque would allow a few to erase the legacy of Ataturk. “Its transformation into a Museum in 1934 was part of (along with the prohibition of the FEZ, changing the alphabet and the establishment of equality between men and women) symbolic reforms of secularization of society and the formation of the secular state of Mustafa Kemal,” recalls the political scientist Jean-Marc.

Perhaps the symbolism was not only religious but also political. The building reminds the Turks of the victory of Sultan Mehmet II in Constantinople and, therefore, the climax of Ottoman greatness. No one can say what decision will make the State Council the request to change the status of a Cathedral from July 2. The President himself can stop at an intermediate version. Instead of simply turning to the mosque some are a hybrid status: the mosque on Fridays, the Museum the rest of the time. This would not deprive the country of valuable tourist fees.

Regardless of end conditions, the resumption of prayers in the former Christian Cathedral can become versed in the tactics of Erdogan means “to flatter the electorate, split Turkish society and take revenge on Europe, which had rejected his candidacy,” — said the historian Adha Balci, Director of the French Institute of Anatolian studies.

How to respond to this Turkish society?

Plans for the return status of mosque to the Hagia Sophia has caused ambiguous reaction of the Turkish society. “Islamo-nationalist sentiment is now quite strong among the people, even outside of the party of justice and development, explains Jean Brand. some Turks see the European protests a refusal to recognize the old defeat. This only reinforces their desire to show the world that Hagia Sophia belongs to them and what they can do with it what you want. According to a recent survey. 73,3% of Turks support the opening of a former Cathedral for prayer. But not its transformation into a mosque. The opposition, in turn, takes a cautious position on this issue, as he understands that the President uses it for political purposes. One member of the Kemalist Republican people’s party recently tried to submit to the Parliament the Cathedral as part of the cultural heritage in the same way that the Topkapi Palace and Blue mosque, but this only provoked the wrath of one of his colleagues from the AKP,” says Jean Brand.

At the same time, elected last year by the Istanbul mayor Ekrem Imamoğlu (it is also included in the CHP), yet avoids the topic. “According to some Turks, recent statements by Erdogan’s Hagia Sophia indicate that there is some stubbornness and bitterness, which is difficult to understand, emphasizes Adha Balci. — In the country and lack of other issues: the downturn in the economy and the need to bring tourists.”

How do local Christians?

“Our view in any case does not mean anything”. So is the position of the Christian communities of Turkey, who account for only 1% of the 82 million population. “Voices critical of the decision is expressed mainly by secular camp, although they support some of the Christians,” says father Gabriel Feron, vicar of the Catholic diocese of Izmir.

The tone of the latest statements of local churches is very significant. “We can’t interfere or to Express our opinion on the decision, which belongs exclusively to the Republic of Turkey,” — said the Catholic bishops June 18. With regard to the Armenian Patriarch of Constantinople’s king Sahak Macalana, he wrote on Twitter that, for him, preferable to the Cathedral again became a Shrine, not Museum. “This decision of President Erdogan is not directed against the Christian minority, because in his eyes they simply do not exist, and against the secular heritage of Ataturk, which he wants to destroy,” — says lived for ten years in Turkey, the Dominican Alberto Ambrosio.

The ancient Byzantine Church was the largest Christian structure until St. Peter’s in Rome and still has great symbolic value. “In the view of the Orthodox Cathedral of St. Sofia still remains the main temple, the temple of the “new Rome”, Constantinople, — explains the Director of the publishing house Cerf Jean-Francois Kolozimo. The mosque of St. Sophia draws an image capture position of dhimmis in the Ottoman Empire. For the Orthodox world is the solution — aggression.”

What was the international reaction?

The fate of Hagia Sophia primarily concerned with neighboring Greece, its government and the influential Orthodox Church called on the Turkish authorities to change the status of the building. As stated July 1, US Secretary of state Mike Pompeo, such a solution would be to limit the heritage of this outstanding building.

These words angered the press Secretary of the Turkish foreign Ministry Zami axoa. “No one has the right to say that is our sovereign right, such a menacing tone,” dryly responded he. It is worth noting that a few days before UNESCO, which in 1985 declared the Hagia Sophia a world heritage site, said that changing the status of the building requires international consultations.

Regarding the position of Russia is that there is no certainty. Although the Moscow Patriarchate openly expressed their disapproval of possible changes in the status of Hagia Sophia, Vladimir Putin has refrained from statements. “However, today, probably, he alone may force Erdogan to back off,” says Jean — françois Kolozimo. 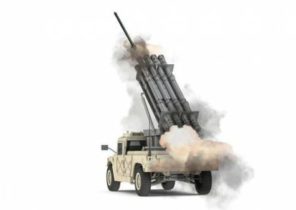