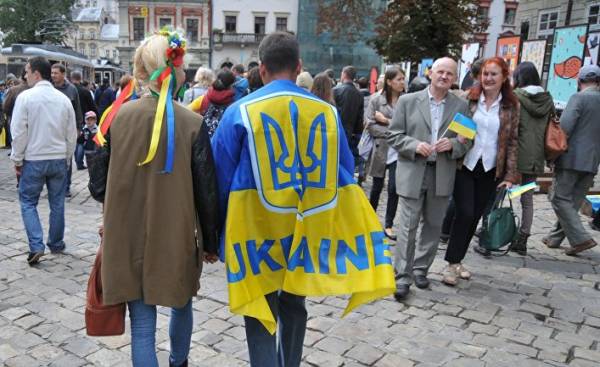 In 2014, Ukraine began the process of decentralization, and it significantly changes the relationship between state and society in the country. However, the main ideas, the exact content and the first results of this comprehensive reorganization of the management of the West still sees.

Contrary to popular overseas opinion, neither development or the introduction of territorial and administrative reforms have nothing to do with the Association agreement signed between Kiev and the EU in July 2014. No role and signed in September 2014 and February 2015 Minsk agreement.

Moreover, almost three-year process of reorganization of local self-government of Ukraine discussed in detail, carefully planned and repeatedly tried to implement long before the “revolution of dignity” in 2013-2014. Decentralization of Ukraine was one of the first initiated in an expedited manner and the most large-scale reforms, which were initiated in March 2014, the first government after the Euromaidan under the control of the then Deputy Prime Minister and current Prime Minister Vladimir Groisman.

The increase in revenues for the regions

In 2014 Kiev adopted a package of parallel measures to change the old relations between the centre and the periphery. For example, local authorities will receive higher incomes through the redistribution of tax revenues of the Central budget and settlements. A new model of competitive redistribution of trenches will help to support the weak regions and promote economic competition among localities.

In addition, the government initiated the improving the institutional, human and financial capacity of local authorities in the process of voluntary integration of small communities into a larger and administratively more powerful political entities, the so-called United territorial community. It was a necessary step in order to get rid of a large number of local communities (over 11 thousand) at the lowest level.

As soon as it became legally possible to join in the community, quickly began the implementation of this part of the decentralization reform. At the end of 2016, the process of informed voluntary Association yielded some impressive results: 15% of previously existing small communities on their own initiative and without pressure from above, often in connection with certain financial incentives, have teamed up to 367 large territorial communities. In addition to the new office of the new municipalities received additional tax revenues and direct subsidies of the government for infrastructure development, improve medical care and educational projects.

A new relationship between state and society

Some of the projects of the first uniting of territorial communities represent the most visible results of decentralization. Officials of the new communities use most of the additional funding for infrastructure projects to demonstrate to their residents the benefits of the new political and administrative powers.

The Central government proposes United community financial support in the form of state subsidies, which in 2016 amounted to nearly one billion hryvnia, and in 2017 will be close to 1.5 billion hryvnia. Municipalities have used the additional funds primarily for the reconstruction and repair of educational and medical institutions, and also for construction of public buildings.

Although the idea of rapid decentralization does not enjoy the support of all political forces of Ukraine, but broad support for the reform of authoritative state bodies, the newly elected mayors and local councils, as well as the General public promises to improve the future of local government.

In addition, various Western countries and international organizations support the process with the help of special programs such as U-Lead from the EU (Ukraine is the empowerment of local communities, accountability and development, under the control of the German society for international cooperation and the Swedish SKL International), Dobre (Decentralization offers the best results and performance, USA) and Despro (Support to decentralization in Ukraine) from Switzerland. The purpose of local government is to be developed through various tools and grants totaling about 200 million euros. If the current changes at the local level will continue, which began after the victory of Euromaidan decentralization will fundamentally change the relationship between state and society in Ukraine.