The guests of the program “Ukraine Tigran Martirosyan” 5 may be one of the leaders of “the Movement of new forces”, the Deputy Prosecutor General of Ukraine (2015-16) David Sakvarelidze, as well as three times the General Prosecutor of Ukraine Svyatoslav Piskun.

The theme of the broadcast:

In the trend
Quarantine in Ukraine may be extended for another few months: the Cabinet announced details 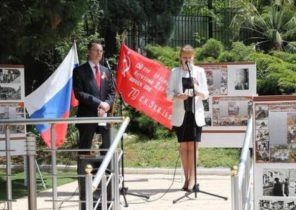