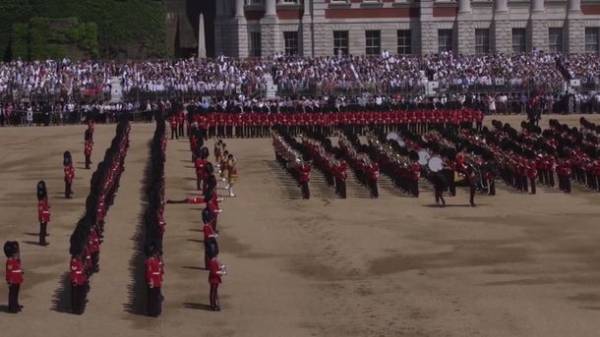 During the traditional parade in London, dedicated to the birthday of Queen Elizabeth II’s five guards lost consciousness, reports Корреспондент.net with reference to Sky News.

It is noted that the soldiers were wearing fur shako, while the temperatures exceeded 25 degrees Celsius.

“The day is extremely hot, all (fallen in a faint – ed.) took from the parade, they were examined by physicians and given them water”, – commented on the incident in the British army. One of the unconscious guards were caught on video.

We will remind, last year the guardsman who fainted during the celebration of the jubilee of Elizabeth II, became the hero of many photojob.