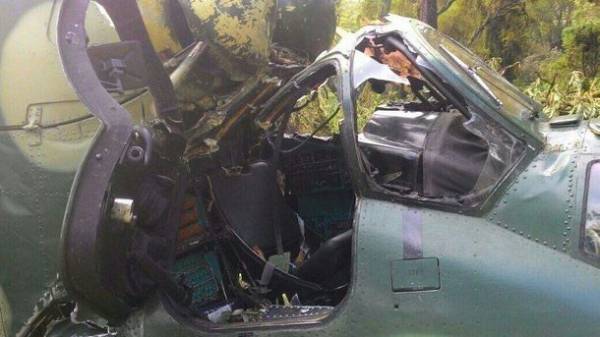 During the crash of a military plane in Congo among the dead were three Ukrainian. The information for the TV channel “112 Ukraine” confirmed the Armed forces of Ukraine.

It is noted that the dead were not military.

“Three Ukrainians were killed in the capital of Congo Kinshasa. However, details are not reported, because the victims were not military,” – said in Mat.

As reported on September 30, the Congo suffered a crash a military plane, which killed 12 man.

“The Minister of defence of the Republic of the Congo, Crispin Atama Tabe said that in the crash of a military plane An-12 were killed 12 members of the crew,” reported by the media.

According to an eyewitness of the tragedy, the plane caught fire and crashed shortly after take-off from ndjili airport.

Recall, September 29, at about 12: 30 in the Khmelnitsky region, during the execution of a training flight was lost contact with the plane L-39, near the village of Starokostiantyniv. After this training , the plane crashed, and two pilots died.

The military Prosecutor of Khmelnytsky garrison began pre-judicial investigation under article 416 of the criminal code (Violation of flight rules or preparation for them as well as a violation of the rules of operation of aircraft, resulting in disaster or other grave consequences).