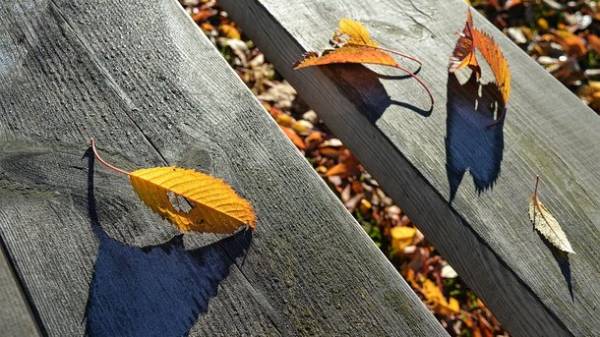 What will happen to the Ukrainians in October? The website “Today” I remembered about the most important events that are expected in the country affected, if not all, very many citizens. So, one of the important issues of October – what will happen to the pensions, because the Parliament in the second reading of the reform has not yet voted. However, the government admits the modernization of pensions retroactively. And Ukrainians are waiting for the next call for military service and a three-day celebration of the day of defender of Ukraine.

Until the end of September the deputies were to adopt the law on pension reformproposed by the Cabinet and adopted in the first reading on July 13. October 1 was supposed to begin payments updated (increased with the increase of wages) pensions. However, members of the reform was never adopted, which calls into question the increase in payments. However, the government says that to carry out the modernization of pensions from 1 October, you can retroactively – after Rada will vote for the reform.

“We promised that from 1 October there will be a modernization of pensions. If BP even in mid-October, this decision will be, we will be modernizing from 1 October. We have all the necessary technical capabilities, a pension Fund even to recalculate retroactively, so fulfill their promises and the decision of the Parliament”, — said the Vice-Prime Minister Pavlo Rozenko.

The same position is shared by the Finance Minister Oleksandr danylyuk: “Even if the reform will be adopted in the first week of October or the second — we will provide funding from 1 October.”

According to the Cabinet decision, in October-November 2017 to an appeal on military service are subject to 10 460 people. For these purposes the government allocated UAH 34.4 million.

Of the total number of recruits of 6.36 thousand people will be sent into the Armed forces, 3,5 thousand – in the National guard, and another 600 people in the State special transport service.

The volume of expenses for carrying out of appeal of citizens on military service in October-November will be more than 34 million hryvnia. For recruits, the state expects to spend 3 293 of the hryvnia. Of these, 3 200 UAH, will get himself a conscript and another 93 hryvnia will be spent on preparation and conduction of conscription to military service.

Subject to the call of men aged 20 to 27who have not served previously and are not entitled to exemption or deferment from military service. Young men 18-19 years of age also called on the recruiting Commission, but serve they will go only in case of personal consent and at the conclusion of the contract. Terms of service remain unchanged: young men with higher education will serve 12 months, and all the rest – 18 months.

Unchanged the second year of stay and criteria for medical examination. If before the service was to take those who do not have any diseases, then 2016 years unfit for service may be only those who have complicated chronic disease, and people with disabilities. Flat feet will not be an occasion to recognize the recruit unfit, unless he has flat feet with osteoarthritis.

In the middle of autumn become fully operational language quotas on TV – October 13, the law signed by the President in June, comes into force in full. According to the document, in the air of the national channels must be at least 75% of the content in the Ukrainian language, and in live regional — not less than 50%.

As explained by the head of the parliamentary Committee on freedom of speech and information policy Victoria syumar, produced in Ukraine of Russian television product will within one year be counted in the quota for Ukrainian-language TV channels.

In October 2017 in Ukraine officially has 10 days off, that is, Ukrainians will rest a third of the month.

So, October 14, on a day off in honor of the Day of defender of Ukraine. Given that it falls on a Saturday, the weekend will be the following Monday – October 16.