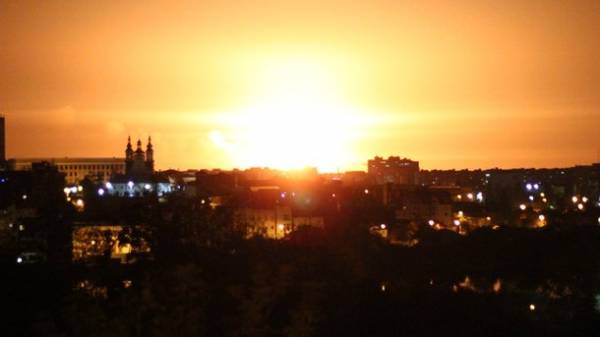 About 2 thousand houses suffered in Vinnytsia region as a result of explosions of ammunition in the Arsenal Kalinowski, occurred in the night from 26 to 27 September, 16 houses were damaged beyond repair. This was announced by the Chairman of the Vinnytsia regional state administration. On liquidation of consequences of explosions in those days were more than 2 thousand people, including more than 100 engineers. Statements about the theft of their households while turned six residents of Kalinovka. 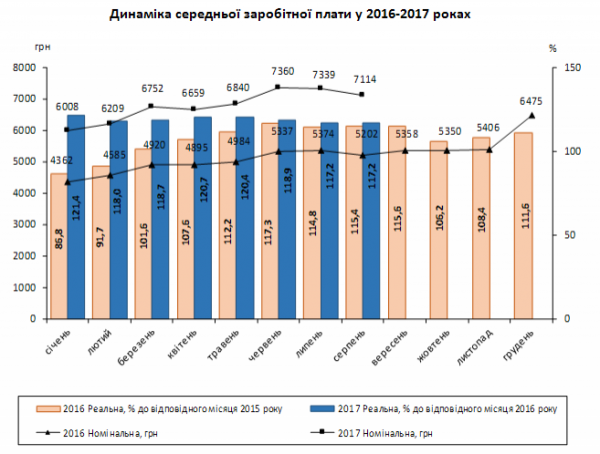 111 candidates recommended to the High Council of justice the President of Petro Poroshenko for the appointment of judges of the new Supreme court.

The first part of a $ 200 millionbelonging to the entourage of ex-President Viktor Yanukovych and seized by court order, admitted to the state budget – said the Prosecutor General’s office. These funds were kept in Ukreximbank.

Reduced to 1,354 billion UAH from the beginning of 2017 enterprise wage arrears, said the SFS. During inspections of the tax authorities revealed 2.5 thousand not properly executed workers. The Prosecutor’s office sent materials for 352 companies where the payment of wages were held below the minimum level.

46% of Ukrainians believe that corruption is an integral part of political life, which makes no sense to fight. Such data leads research company GfKUkraine. 20-28% of respondents tend to approve of corruption if it is or not for them personally, or do not prevent them, or if is small.

Will increase by 11% , a minimum guaranteed pension, in the case of the adoption of the pension reform by the Verkhovna Rada, and will be 1452 UAH.This was stated by the Chairman of the Verkhovna Rada Committee on social policy, employment and pension provision Lyudmila Denisova.

23 771 the female military personnel are now in the Armed forces of Ukraine, said first Deputy head of the Verkhovna Rada Iryna Gerashchenko. Including the posts of officers, 2916 women and Colonel – 42.

Only 167 deputies out of 422 attended all plenary meetings of the Verkhovna Rada in September. About it reported in public organization “Committee of voters of Ukraine”. Only September held 11 plenary meetings, which on average were registered by 328 MPs. This is the worst attendance since February of 2017, when in the hall of Parliament there were 326 people’s deputies.

3,43 billion UAH of net profit was received by the banking system (banks that were solvent at the reporting date) in January-August, while for the corresponding period in 2016, the net loss amounted to UAH 6.6 billion, according to the national Bank

287 Ukrainian enterprises now have the right of export to the European Union, including 107 food producers. Also its products can export 180 manufacturers of inedible products of animal origin, such as down and feather raw materials, hides, pet food, non-food by-products, breeding material, etc.

Will exceed 41 million tons of grain exports in 2017/2018 marketing year – that is the forecast of the agriculture Ministry. The grain harvest is expected to reach 63 million tons.

16,26 billion cubic meters of gas as at 27 September was underground storage – these are the findings of “Ukrtransgaz”. The government expects to accumulate by the beginning of the heating season 17 billion.

At least 10% of the total volume of cars sold must be from 2019 electric vehicles. This requirement is established in China by companies annually producing or importing more than 30 thousand cars.In 2020, the quota will increase to 12%. When the failure of the company would be required either to purchase points from other companies or pay fines.

300-350 million euros invests the Austrian company Voestalpine in the new metallurgical plant, metallurgical plant, built in Europe over the last 40 years. Enterprise with a capacity of 205 thousand tons per year will produce long products special steel grades for the manufacture of bearings, accessories, parts for critical applications in the aviation, automotive, oil and gas industry, production of tool steel. It would be of high automation and low impact on the environment, and to be supplied with electricity from renewable sources. The commissioning is scheduled for 2021.

33% of the votes in the parliamentary elections in Germany had a CDU/CSU’s current Chancellor Angela Merkel. He won, but lost 8.5% of the vote. The social democratic party of Germany (SPD) garnered 20.5% of the votes (minus 5.2 percentage points), in third place was the far-right “Alternative for Germany” – 12.6%, and first came to Parliament.Merkel herself has won in the constituency, gaining 44% of votes (in 2013 was 56.2 per cent),

52.7% of Swiss voters voted against the draft reform of the pension system in the country and blocked the proposal to raise VAT (from 8% to 8.3%)for the purpose of financing pensions and increasing the age of retirement for women for one year (until age 65).The population of Switzerland is around 8 million people, including pensioners and 1.5 million people.

93% of participants in the referendum in Northern Iraq voted to establish an independent Kurdistan. The turnout was 78%. This referendum, the government of Iraq is not going to admit it, he was condemned by many countries, including the US and the EU.

Will increase by 12.5% this year, the cash remuneration, which will receive the Nobel prize winners – from eight to nine million Swedish kronor (1.12 million dollars). In 2011, the award was reduced from 10 million to 8 million crowns in connection with cost overruns.

15 billion euros may be the total annual income of the new company formed through the merger of assets of German Siemens and French Alstom. Merger talks between leading global players in the engineering industry was successfully completed. The consolidation process will be “difficult” but “necessary decision” – stated in the management of both companies. Goal: to resist the European and Chinese competitors, especially the Chinese Corporation CRRC, which recently dominates the global market. It is alleged that the new company Siemens Alstom will retain its French and German roots. Hamapalim half of the capital of Alstom, and in exchange the Germans would transmit under the control of the French a considerable portion of their production capacity.

Was sentenced to five years imprisonment by the Supreme court of Thailand former Prime Minister Yingluck Shinawatra, recognizing her guilty of criminal negligence and connivance of corruption. According to the court, negligence in the implementation of the state program on mortgage the purchase of rice from farmers cost the country $ 8 billion. Itself Shinawatra has denied all the accusations. Shortly before the verdict was announced, she left the country and appealed to the British authorities to grant her political asylum. In Dubai and now lives with her brother, who served as Prime Minister (2001-2006) and offset in a military coup. In 2008 in his homeland, he was sentenced in absentia to two years imprisonment for corruption and abuse of power.