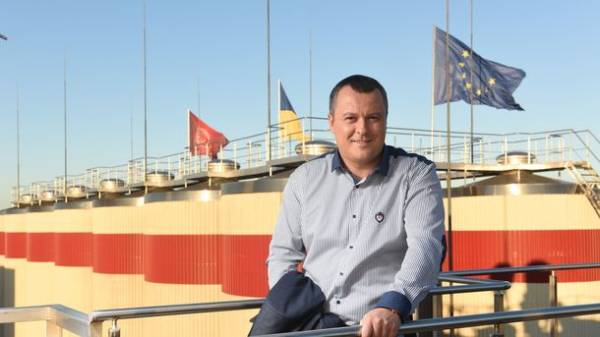 The company “Persha Privatna brovarnya” intends to start production of the legendary Czech beer Krusovice under license from HEINEKEN.

This was the owner and CEO of the company “Persha Privatna brovarnya” Andrew Matsola told in interview to Agency “Interfax-Ukraine”.

Recall that in 2015 the company “Persha Privatna brovarnya” at its factory in Radomyshl brews under license beer “Heineken”. According to Andrew Mazola, the process of obtaining a license for the production of beer from HEINEKEN takes three to five years.

“We started with them to communicate in 2012 and in late 2015 – early 2016 launched the production of beer “Heineken” is under license in Ukraine, and it is still very fast. Vice-President of HEINEKEN personally flew with check. Checked the whole structure from head office, sales personnel, atmosphere, and company policy to test production capacity. In 2015, the company “Persha Privatna brovarnya” became the fourth company in the world that received a license from Heineken, and not being the property of the concern. I note that in the US, for example, is still “Heineken” carry from Holland,” – said the brewer.

Now the company “Persha Privatna brovarnya” owns two of the brewery in Lviv (capacity in 2017 will reach 1,4 mln HL) and in Radomyshl (1.1 million HL). By the way, according to their owner, to run the plant with a production capacity of 1 million hectoliters a required investment of about $100 million.

“Every year we grow. In the past year the capacity of our plant in Lviv increased by 30%, this year we plan to add another 15%. In the result, the total capacity of the plants will be 2.5 million hectoliters per year,” predicts owner.

Speaking about the situation on the Ukrainian market, where it competes mainly with four major companies – two multinational and two in the Ukrainian capital, Andrew Mazola recalled the results of his team: “Quite difficult (to compete – approx. ed.), and proves our results. For 14 years of our existence we have never dropped neither in volume nor in terms of market share. Today our share in the beer market of about 15%… We are planning and will increase the share. For example, each of our major competitors, the number of refrigeration equipment in retail outlets is about 100 thousand units. Of them are actively used about 70 thousand yet installed and actively used by 30 thousand units of refrigeration – that count”.

The growth of the company happens despite the difficult situation in the economy, which impact on the beer market. “Last year the market dropped by 7.5% during the first three months of this year – another 5%, and given the weather in April, the fall will be even greater,” – said the brewer.

He also explained why and how did the cost of a bottle of beer from the beginning: “the level of excise tax is 3-4%, and recently another 7% because of increased prices for raw materials.”

Andrew Matole owns the largest stake in the company, and partners in the Charter capital of the European Bank for reconstruction and development, the company OeTTINGER – beer No. 1 in Germany, and individuals – citizens of the United States, Israel, Belgium, the UK.

“The EBRD is the brand. Everyone understands that we’re a transparent company, which is held annually audited by the big four. We are very easy to communicate with banks. 75% of our loan portfolio is in Ukreximbank, because we sell beer in the USD and the profit is also in USD. Our loan portfolio, depending on the season varies in the range of 1 billion UAH”, – says Andrey Matsola.

He noted that last year the company bought the German KHS equipment, and will now bottle their products in a jar 0.44 and 0.5 liters. In addition, “Persha Privatna brovarnya” launches production of hard-lemonade in Radomyshl and comes in the category of cider. 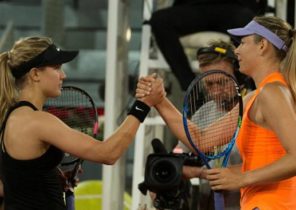