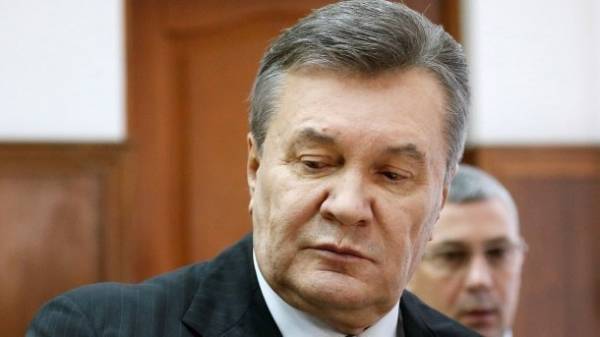 At the meeting of the Obolon district court of Kiev on consideration of criminal proceedings on treason, ex-President of Ukraine Viktor Yanukovych declared a break till September 27. On Thursday, September 21, reports RBC-Ukraine.

So, the decision was taken by the court on September 21.

During the meeting, the prosecutors were shown fragments of speeches and interviews of Yanukovych in the Russian media, proving, according to prosecutors, the Commission ex-President of treason.

Prosecutors had intended to continue watching the video, but at 18.00, the court declared a break in connection with the termination of the working day.

Recall, September 21, at the meeting of the Obolonskiy district court of Kyiv, lawyer of former Ukrainian President Viktor Yanukovych, accused of treason, challenged the judge because the court did not let the defender for dinner.