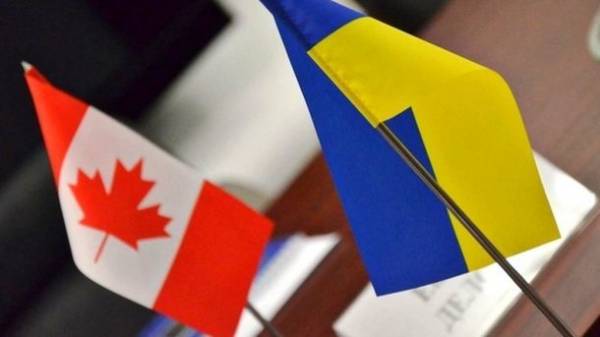 The agreement on free trade between Ukraine and Canada will work since Tuesday. This will allow Ukrainian exporters duty-free access on 98% of the headings.

Negotiations on establishing free trade between Ukraine and Canada entered the active stage in September 2014. The agreement was signed in July 2016.

The agreement primarily provides for the deepening of economic and trade cooperation. In particular, it concerns the trade of industrial and agricultural goods, protection of intellectual property and public procurement. Some exports will be duty free only within the established quotas. It concerns 108 items, in particular wheat, barley, eggs, beef, pork and other agricultural products.

In turn, Ukraine has committed to eliminate tariffs on 72% of canadian goods, including fish and seafood, grains, peanuts, juices and mineral water. On the export from Canada of the fee canceled not once, but for 3.5 and 7 years. Sugar Kiev was excluded from the free trade regime, while imports of frozen pork, pork products and canadian bacon set quotas.

According to the President of Ukraine Petro Poroshenko, the agreement with Canada starts symbolic bridge transatlantic free trade, as the Ukrainian business will have access to the North American market. “This growth of Ukrainian exports, and the growth of foreign direct investment in Ukraine at the level of $ 36 million,” — said Poroshenko.

The agreement also will provide new opportunities for defense companies of Ukraine. The state concern “Ukroboronprom” has already stated that duty-free access to the canadian market will allow to expand the export contracts, to increase the competitiveness of Ukrainian products on the international market of weapons and military equipment, will promote the development and modernization of production.

“Open the possibility of creating a joint Canada products of military and dual-purpose. Cancellation fees will allow Ukraine to buy in Canada necessary components at favorable terms. Ukrainian machinery with high-quality canadian components will be even cheaper, and the APU will be able to get more of its units by state order,” — said in the defense group.

In the state-owned company also noted that Ukraine and Canada focused on the development of cooperation in the aviation industry: it is planned to increase the supply of high-tech equipment in aviation, aerospace, shipbuilding fields, in the field of electronic, electronic, optical, opto-electronic systems and devices.

The Ministry of economic development and trade of Ukraine predicted that in the short term, benefit from the agreement with Canada in first place will receive the Ukrainian manufacturers of sunflower oil, confectionary and chocolate, alcoholic beverages and beer, clothes, and metallurgical and chemical plants. According to forecasts of the Ukrainian government, the liberalization of trade with Canada, Ukraine can increase its exports by 3.5%.